I decided to get started early on the visual assignments for week 3 of noir106. I took some time this evening to work on the Chimeratic Composition assignment submitted by the great Tom Woodward. The instructions are as follows:

Take at least three pictures (your own or someone else’s) mash them together into something that makes them more than the sum of their parts, something that would have been impossible in real life. Include the original images so we can see how they build on one another to make your final composition.

I love the example Tom provides: 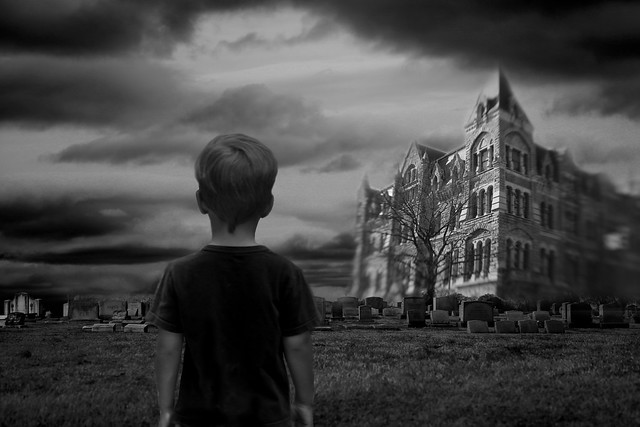 He used four of his own images to create this supernatural, gothic moment. So I got inspired to try my hand at this assignment. First up was finding some of the images I had taken recently to mash together. I came across the following images I took while on a trip to NYC with my family. After browsing I got the idea of doing something with the life-size lego Batman and the shot of downtown Manhattan from the top of the Empire State Building. 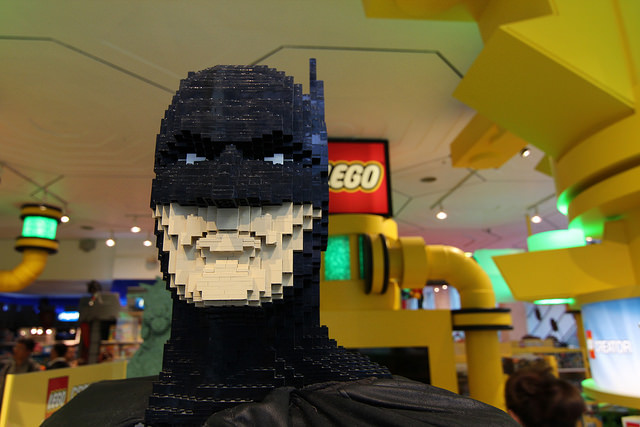 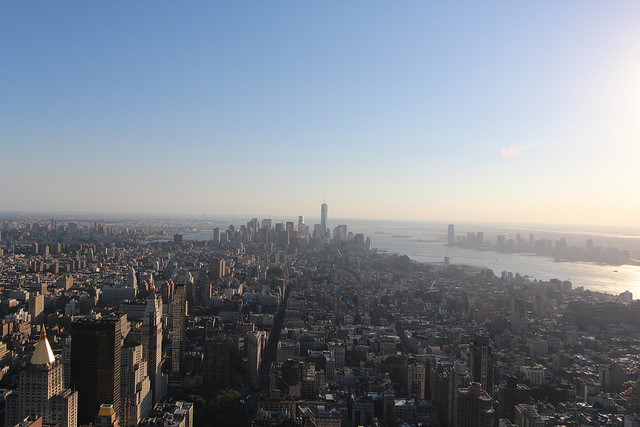 I also found this shot I took while on the Staten Island Ferry of what looked like a helicopter size drone. Flickr user Bill VanderMolen commented on the shot to say it’s actually a “V22 Osprey. Tilt-rotor aircraft that the military plans to use to replace troop transport helicopters.” 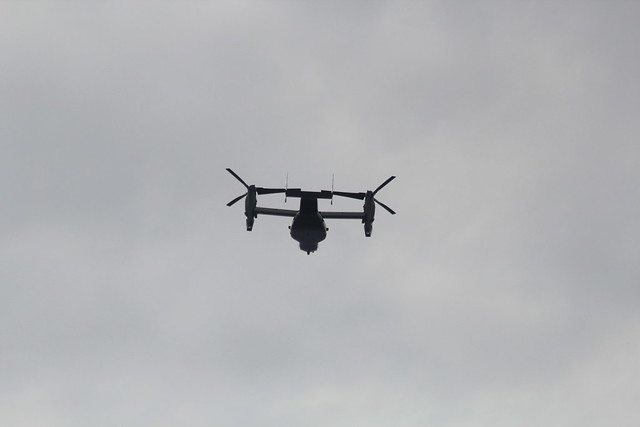 V22 Osprey. Tilt-rotor aircraft that the military plans to use to replace troop transport helicopters.

This got me thinking, wow, that’s very Batman. State of the art, military-level artillery. I now had my third image. I opened each image as a layer in GIMP and started playing around. I cut out the parts I wanted use with the magic wand and lasso tools. I then scaled each layer to the proper size, and changed the colors. I made the city black and white, kept a bit of color on Batman. The Osprey was already black, so that was easy. I probably spent more time futzing than I need to, but I kinda like how it came out. 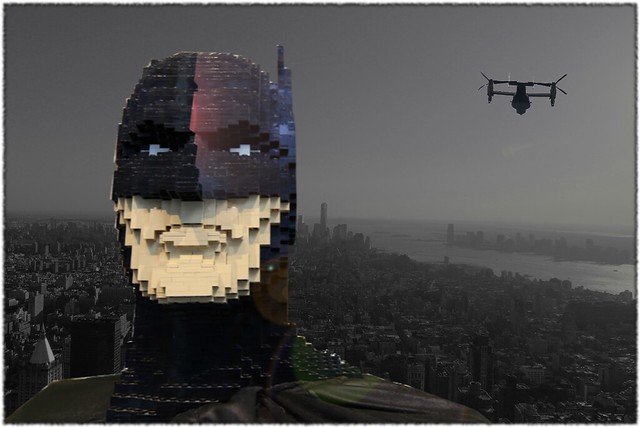 Batman atop the Empire State Building

After realizing that Batman’s positioning made it look like he was posing for a selfie, I decided to double up on this one. I returned to yet another Tom Woodward visual assignment: “Historical Selfies.” Gyeore Lee had done this assignment earlier in the day-–reminding me how  much I love it—so I decided to actually illustrate Batman’s selfie on a smart phone thanks to this template made available. It has all the layers, I just pulled my Batman selfie image in as a layer and cropped it for the phone screen. After that I added likes and tags. 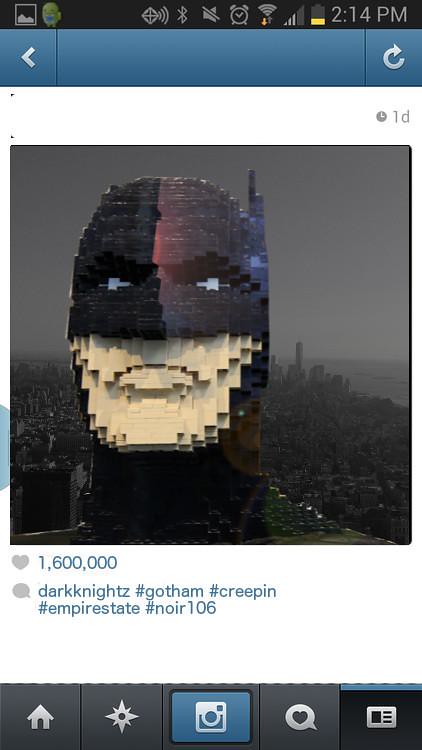 And with that I have my first visual assignment of the week. I am only giving myself 3 stars for this one because I am committed to only doing assignments I haven’t tried before. I took a stab at the Historical Selfie last semester, which was fun. But I have to admit I think this one is much better, although not very historical at all.