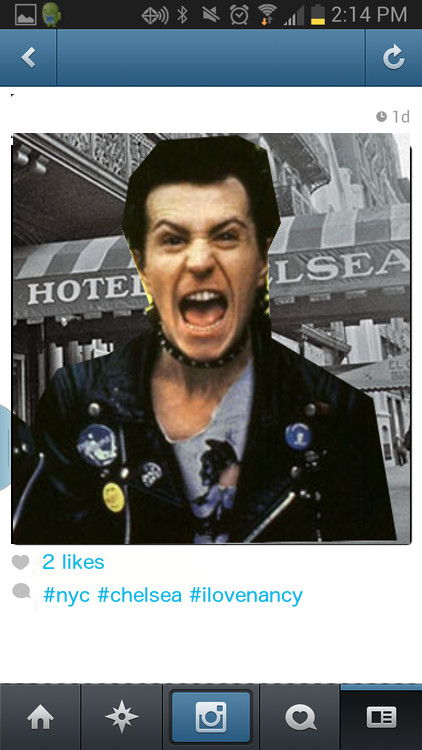 I took the opportunity of teaching ds106 again to finally take a stab at Tom Woodward‘s historical selfies assignment. If I hadn’t waited until the last minute, I would have done a string of The Wire selfies, which I still plan to do. But given I did all my visual assignments in two hours last night, I’ll think of this as a warmup for bigger things to come. Because I have to say this is a very fun assignment, a a few other ds106ers have been trying it as well to great effect.

But in the meantime, I tried to do something punk rock because if it doesn’t look that good its all right because it’s part of the ethos 😉 I took the following shot from Alex Cox’s brilliant 1986 film Sid and Nancy as my image of Sid Vicious (so already a couple of mediations in given this is actually Gary Oldman). 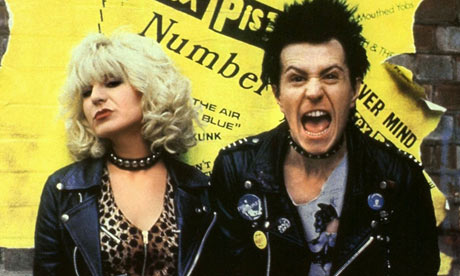 I cut Sid out of the above image and pasted him into a layer with the old school, black and white image of the Chelsea Hotel (included below) using GIMP. Once I had the selfie image, I brought it into the Photoshop template (which worked seamlessly in GIMP) that Tom Woodward shared as part of the assignment. I scaled the selfie layer to make sure it fit over the image area in the template. After that, I adjusted the likes and hashtag layers in the template to show Sid was out of favor at this point in his career (only 2 likes!), and was in NYC—if you didn’t pickup on the Chelsea Hotel bit. Also, it was worth reinforcing his relationship status with Nancy. But the hashtags were an overt, if not pedantic, foreshadowing that this may be his very last selfie. 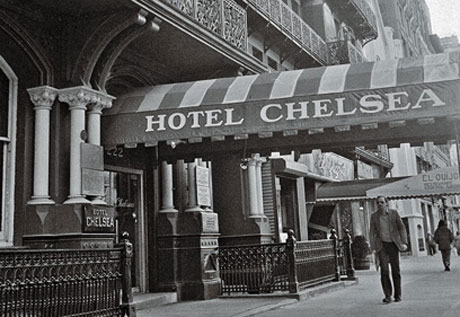 1 Response to Nevermind the Selfies