By 2008, Melissa had switched almost entirely to Craigslist. She wasn’t the only one. Kritzia had another friend, Fabulous, who did it, too. In the few years since the website had caught on, Craigslist had done more to delegitimize the age-old system of pimps and escorts than a platoon of police officers could. Why sign on with a pimp when it was so easy to take a picture and let a guy call you—way easier than walking the streets and looking for a guy and then trying to convince him and then waiting forever at the ATM while he tried to sober up enough to remember his PIN? With Craigslist, johns came to you, and you didn’t have to share the money with anybody. (106) 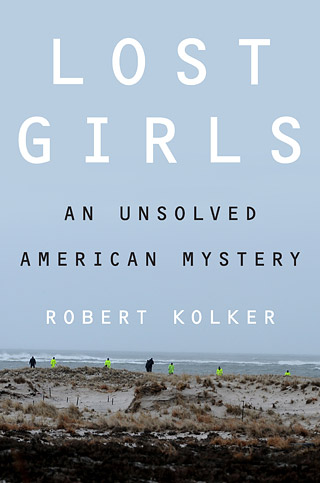 I spent most of my vacation on the beaches of Montauk reading true crime books.* I just can’t help myself. The above quote was taken from Robert Kolker‘s Lost Girls which traces the stories of the victims of the serial killer still at large on Long Island. The murderer is also known as the Gilgo Killer or Seashore Serial Killer because the remains of  his or her numerous victims were discovered on the south shore barrier island of Jones Beach—minutes from where I grew up. So going back to Strong Island for a vacation and reading about the various haunts I grew up in on the South Shore of Long Island was the immediate draw.

Beyond that, I was struck by how Kolker took the time and energy to provide the back story of the five women who were the most recent victims of this vicious predator. All of them prostitutes; all of them had families that loved them; and all of them used Craigslist to negotiate their services. It’s that last bit, at least in this brief post, I wanted to remark on. The quote above discusses how web services like Craigslist helped disrupt prostitution by getting rid of the middlemen, i.e., pimps and escort services. The other side of that fact the author tries to demonstrate is how much more vulnerable these women became as a result. Lost Girls uses the common thread of Craigstlist across all these murders to suggest how this new wave of an age-old profession further alienates the individual worker from any sense of collective protection.

What I appreciated about Kolker’s is he didn’t demonize technology or preach about the horrors of the internet. Rather, he focused his book on a broader breakdown of community across all facets of American culture. The backstories of each of the victims tell a pretty sad, yet consistent, story about financial struggles, broken homes, and deep class-inflected motiviations for the actors in each of these stories.  The upper middle-class communtiy of Oak Beach, Long Island (where the bodies were discovered) told another story of class. Oak Beach was framed as an insular, back-biting, and far from generous community that wanted nothing more than these atrocities to be forgotten. They wanted to return to the creature comforts of their isolated beach hamlet where they could argue about more pressing issues like in-ground pools, landscaping, and security cameras. Finally, the Suffolk County Police Department did little to nothing in the early stages of the case to follow-up on the missing persons reports for each of these victims. Given their profession, the department was less than interested in wasting time and energy on the marginalized sex worker.

In this book, the internet becomes an extension of a broad marginalization of the underclass in thr U.S. The ease and simplicity of the web doesn’t change the deep structural inequalities across class lines, despite all the promises of equal access and we all can earn anything online at anytime. The context of our lives is premised on so many others things than potential and possibility, such as the everyday struggle of reality. The internet mimics and heighten the vulnerability of society’s most disenfranchised. Disruption is simply the codeword for all of this, it’s the patina of promise and possibility being sold to us that conveniently erases the ongoing economic and psychic struggles of more and more people everyday that are being denied basic socail services. And disruption works as rhetoric because it preys on the one thing the best of us share: hope for a better tomorrow. It’s anything but.

* I also read Jack Webb’s The Badge: True and Terrifying Crime Stories That Could Not Be Presented on TV, from the Creator and Star of Dragnet which was awesome. More on that in another post.

This entry was posted in True Crime and tagged book, Lost Girls, trucrime. Bookmark the permalink.