Graffiti: Reading Cultures on the Wall

One of the things I enjoy about Italy is the graffiti. It is often very entertaining, if not as elaborate as the fine art found on the subway cars in NYC during the 1980s. In fact, graffiti in Italy has a long cultural history dating back to the Ancient Greeks and the Romans. Here is an entertaining bit from wikipedia on the subject:

The Romans carved graffiti on walls and monuments, with examples surviving in Egypt. The eruption of Vesuvius preserved graffiti in Pompeii, including Latin curses, magic spells, declarations of love, alphabets, political slogans and famous literary quotes, providing insight into ancient Roman street life. One inscription gives the address of a woman named Novellia Primigenia of Nuceria, a prostitute, apparently of great beauty, whose services were much in demand. Another shows a phallus accompanied by the text, mansueta tene: “Handle with care.”

So, in honor of this tradition I have captured some more recent inscriptions on the walls of beautiful Trento, Italia. I haven’t seen any anti-US (or should I say anti-Bush — let’s hope the two aren’t so easily conflated) sentiments covering these ancient walls on this trip thus far, which is interesting because that was pretty much all the graffiti there was in 2003, 2004, and 2005. Nonetheless, the few political slogans I have found thus far have been just as much fun… 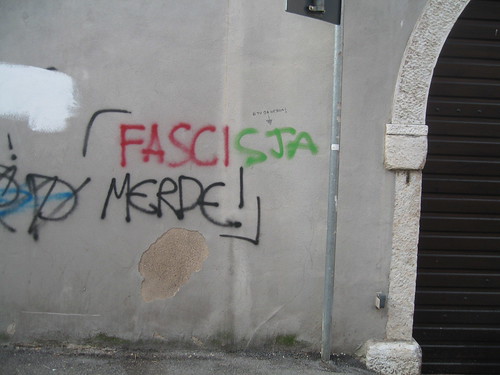 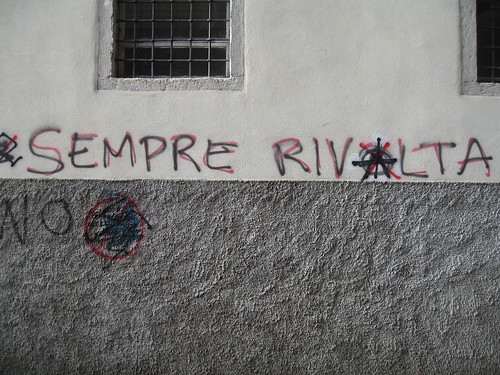 And my personal favorite… 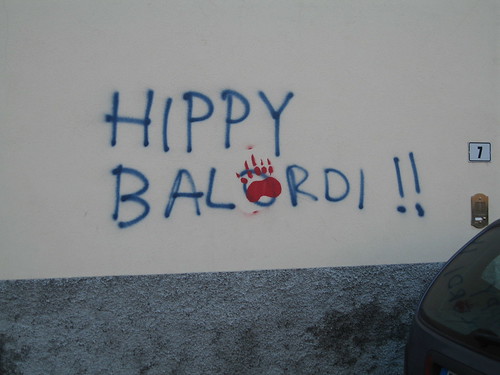 The above examples represent the more overtly political and far less elaborate forms of grafitti, by far the most common. Interestingly enough, however, a brand new commuter train station in Trento (San Chiara) right below Antonella’s family home has some elaborate, Brooklyn-inspired graffiti that reminds me a bit of home. 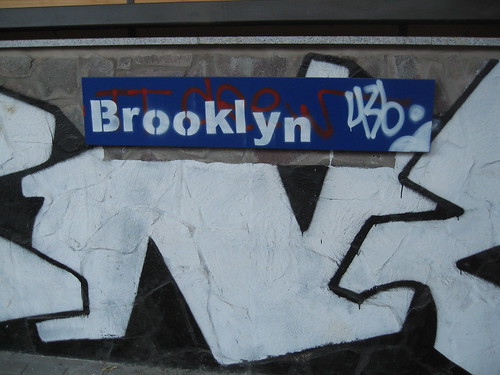 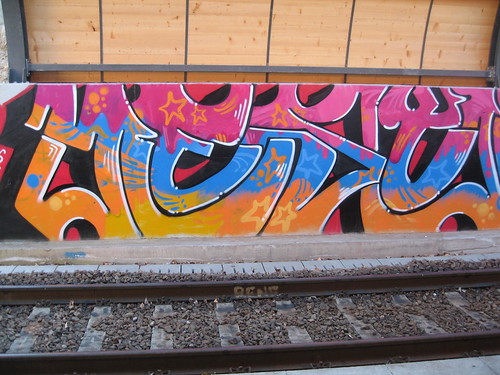 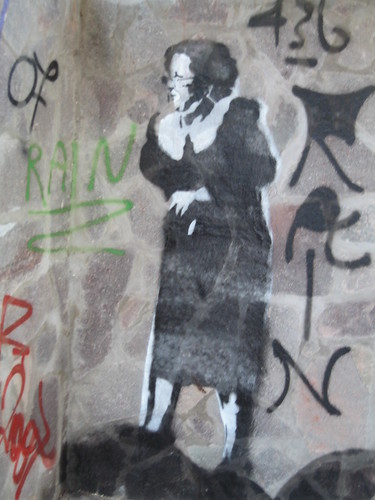 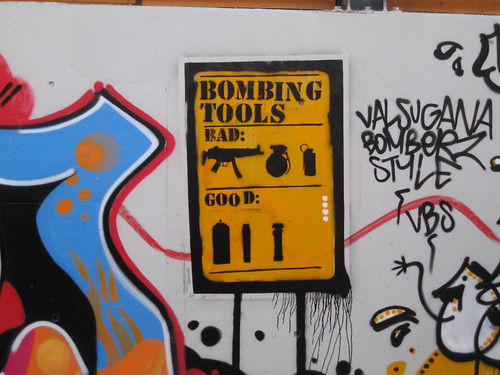 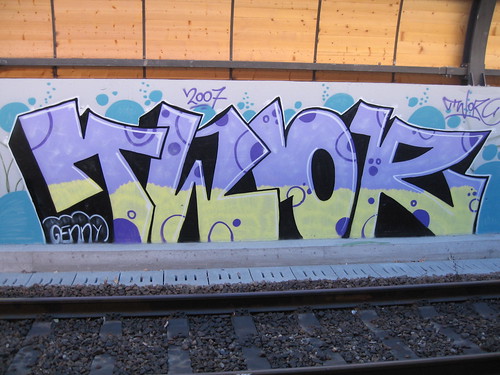 I don’t know why I get excited when I see NYC-inspired graffiti accentuating a small, local train station in the Italian Alps. Is it just unchecked nationalism (or is it metropolitanism in this case?), or might it be the strange notion that US popular culture might have some interesting intersections that move beyond (or at least adjacent to) global capital in these dark times.