Humans in the Afterglow

Almost two weeks ago I presented at Baruch College about the history of the web in edtech. I focus in particular on web publishing in higher ed, and I explore the early tilde spaces for HTML authoring as well as Geocities, the mid-90s solution for websites made easy. The presentation is called “Domains in the Afterglow Or, What We Can Learn from Geocities about Digital Identity,” I got a ton of great feedback from the CUNY folks who attended that talk. I’ll be fine-tuning that presentation tonight for my keynote address tomorrow at the Sloan-C Emerging Technologies Conference here in Dallas, Texas.

One of the gems I came away with as a result of the Baruch conference came electronically almost a week later. Courtney Walsh, Reference & Instruction Librarian at Brooklyn College, emailed me about a remarkable connection she made between my talk and one of the many stories shared on Brandon Stanton’s brilliant storytelling site Humans of New York:

…during your talk, when you started talking about Geocities, I flashed on a memory of a somewhat recent HONY post…so I googled HONY Geocities and found this amazing post from August 10, 2013.

The post Courtney is referring to follows in its entirety: 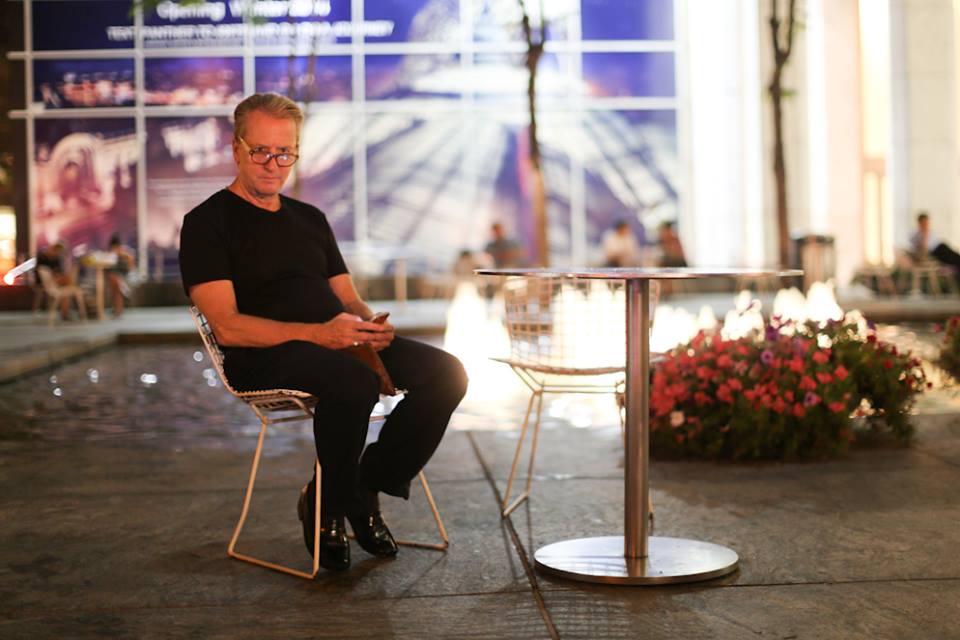 I made my first website with a friend when I was in 7th grade. It was called Gaming Galaxy Online. It was extremely cheesy— with a giant animated GIF as the title graphic, and pretty much all content harvested straight from other sources. The page never got any traffic, but I remember how exciting it was to build the site. The internet seemed like a place where a 7th grader could participate in the adult world on a level playing field. My friend and I tried one website idea after another. None of them really worked, but we felt very empowered. On the internet, it felt like we were one good idea away from a very adultlike level of success. And like pretty much everyone else in 1996, our free websites were hosted on Geocities.com.

Fast forward almost 20 years—- in my late twenties, after countless attempts, I’ve finally managed to create a popular website. And last night I was out gathering content. I was walking past the Apple Store on 59th and 5th when I spotted a man sitting alone in the plaza. I asked for his photo, he agreed. “What was the happiest moment of your life?” I asked him.

“Probably when my company had its IPO,” he answered. “I founded a company called Geocities.com.”

So crazy! Stanton meets and photographs ,who I am assuming is, David Bohnett by happenstance on the streets of NYC. As a result a time-space portal in the internet opens up! The promise of Geocities was not necessarily the IPO (arguably that killed it) or that Bohnett somehow “made” Stanton the storyteller he is today. Rather, as Courtney notes so eloquently, is that the platform got “kids creating web sites, dreaming, afterglow, Geocities, happiness, you name it!” Geocities was a space Brandon felt an “adultlike level of success” was possible. A place where the playing field was leveled, and he was both excited and empowered. That’s what Domain of One’s Own can and should be!

I don’t think any of those emotions are afterglow. Rather, that’s the soul of the web. It lives on well after all the abandoned sites and dead links have gone dark. That’s the magic of this story, it’s not about Geocities per se, but about the wonderment embodied within the immense potentiality at the heart of the internet that Geocities actuated. How is higher ed doing this?

I can’t thank Courtney enough for taking the time to share this with me. It’s going into my talk tomorrow, and I have a feeling it is just the frame I needed to connect a whole series of ideas. And all credit will go to you!

This entry was posted in Domain of One's Own and tagged afterglow, domain of one's own, Geocities, hony. Bookmark the permalink.