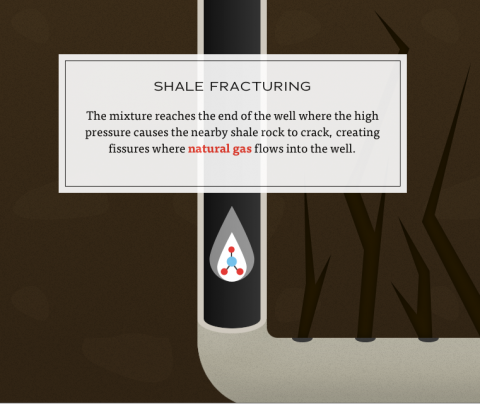 It’s been a wild couple of years with ds106, and I love that little bastard. But sometimes too much fond affection on the baby blinds you to the maturing of your other kids, namely umwblogs. That environment is now 5 years old and has never been tighter, I’ve been blown away by how robust and steadfast it remains. What’s more, the traffic and usage are at all time highs. This week I’ve been enjoying a little UMW Blogs renaissance by picking a class or two and reading and commenting on some of the students’ work. Melanie Szulczewski’s Global Environmental Problems happened on my radar, and I started reading about everything from endangered national parks to water pollution to sustainability, but this post on Fracking by Kelsey Moxey was interesting to me (for more background on Hydraulic Fracturing go here). Kelsey really seemed to be genuinely working through the issues surrounding this practice, and while I’ve heard a bit about Fracking here and there—I even heard some people discuss the possible link between the recent earthquake in Virginia to widespread Fracking on the East Coast—I can’t pretend to understand the subject beyond a surface level (no pun intended 🙂 ). Given that, it was cool to jump into the comments of this student’s blog, let her know I’m reading, share a beautifully designed site illustrating the dangers of fracking with her, and watch a larger conversation unfold in her comments as a result. In turn, I got turned onto the documentary about fracking titled Gasland that I now have to check out. Everybody wins! So much good stuff is shared!

I realized that is what I have missed over the last two years of being sucked into the vortex of ds106, playing the community gardner of commentary, discussion, and interaction around UMW Blogs. It is remarkable to me how something so little as a comment goes such a long way in terms of discussion and reaffirmation of what we are doing at UMW. It has always bummed me out when people don’t take the little time it requires to comment on all the great stuff happening on UMW Blogs—I miss Shannon Hauser in this regard, she was the other great UMW Blogs commentator.

You want to build an intellectual community where students care and are interested in sharing online? You want to foster a culture of questioning, wonder, and comraderie? Well then, comment on someone’s work, give them feedback, and let them know you are reading. It’s actually a very simple equation that has led to the success of both UMW Blogs and ds106, it’s not rocket science, it is just the applied work and attention to other people’s ideas as demonstrated by commenting.