It Came From Celluloid: So Where Were the Spiders?

Posted on February 7, 2006 by Mikhail Gershovich

Hello. Guest poster Mikhail here with what could be a new column on Bava Tuesdays, “It Came From Celluloid,” where I’ll bring to your attention a connection between a movie or two and some manner of pop cultural artifact. For example, I might say a few words about Jim’s Sunday best, which consists entirely of the leather costumes seen in Bava’s Planet of the Vampires that Jim purchased at a Cinecitta tag sale. Ok, enough. Here goes number one.

British Director Michael Powell isn’t Mario Bava. And that’s ok. Let this be a Powell Tuesday for a change. This struck me as curious when I noticed it the other night: here’s a frame from the opening scene of Peeping Tom, Powell’s 1960 Freudian meditation on sadistic voyeurism (a la everybody’s favorite Brit psychobabbler, Laura Mulvey): 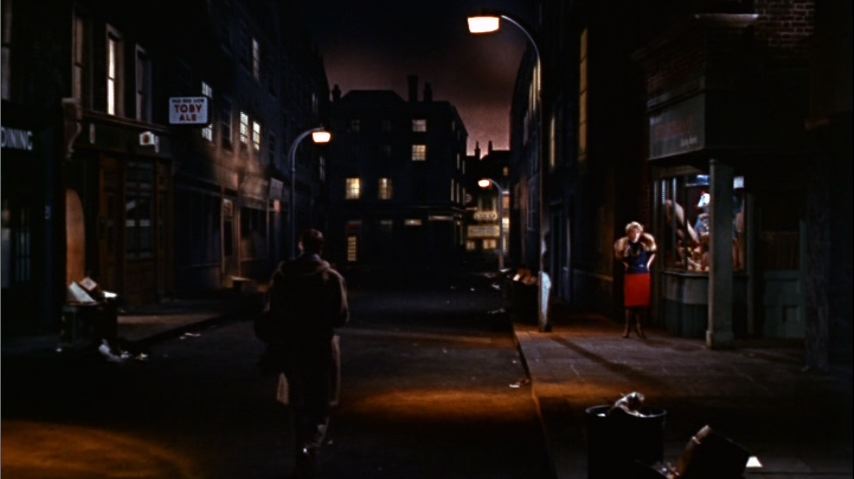 In a few moments, the prostitute on the right will fall victim to a camera bug serial killer with a tricked out Super 8. That’s him moving towards the center of the frame. 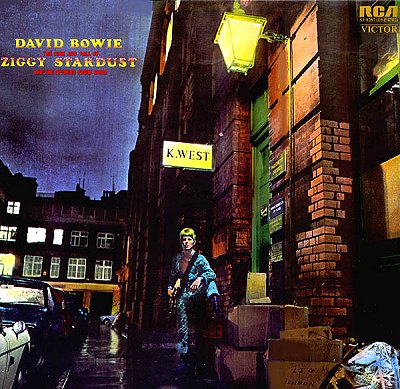 Now here’s the cover image of David Bowie’s 1972 glam rock masterpiece, “The Rise and Fall of Ziggy Stardust and the Spiders from Mars.” In a few moments, the androgynous rocker in the lower center will begin making love with his ego.

I am by no means the first to notice the resemblance between the two images nor, for that matter, to read it as intertextual. In his book on David Bowie and the Ziggy album, prodigious music critic Mark Paytress comments on the experience of noting the similarity while watching Peeping Tom for the first time:

The credits roll. An eye blinks on the screen and the first scene is unveiled. It is … the cover of The Rise and Fall of Ziggy Stardust and The Spiders From Mars. The film’s protagonist, Mark Lewis, approaches a prostitute, who is standing by a wall in a dimly lit street. Boxed debris fills the foreground, right-side. Up ahead, sandwiched between and above the darkened buildings, is the night sky. So the film has another fan, albeit one who, to my knowledge, has never declared his interest. . .

Ok, so what? Maybe David Bowie intentionally quoted Powell, maybe he didn’t. Let’s say he did. Does this further suggest that David Bowie is the coolest vertebrate on the planet or does it lend a bit more cool to a somewhat obscure film? Both?

2 Responses to It Came From Celluloid: So Where Were the Spiders?