I am presenting at Deakin University in Melbourne, Australia in about two hours, and I have been working on my talk pretty diligently over the last 24 hours. It will work in a bunch of my favorite topics such as UMW Blogs, ds106, Domains, and more, but this will be a bit different (or maybe not) given I have been encouraged to speak specifically to what is possible with WordPress. I have been a fairly unapologetic fanboy of WordPress for the last 12 years, so that won’t be hard—plus it is constant source of pride to have picked the winning horse early on 🙂 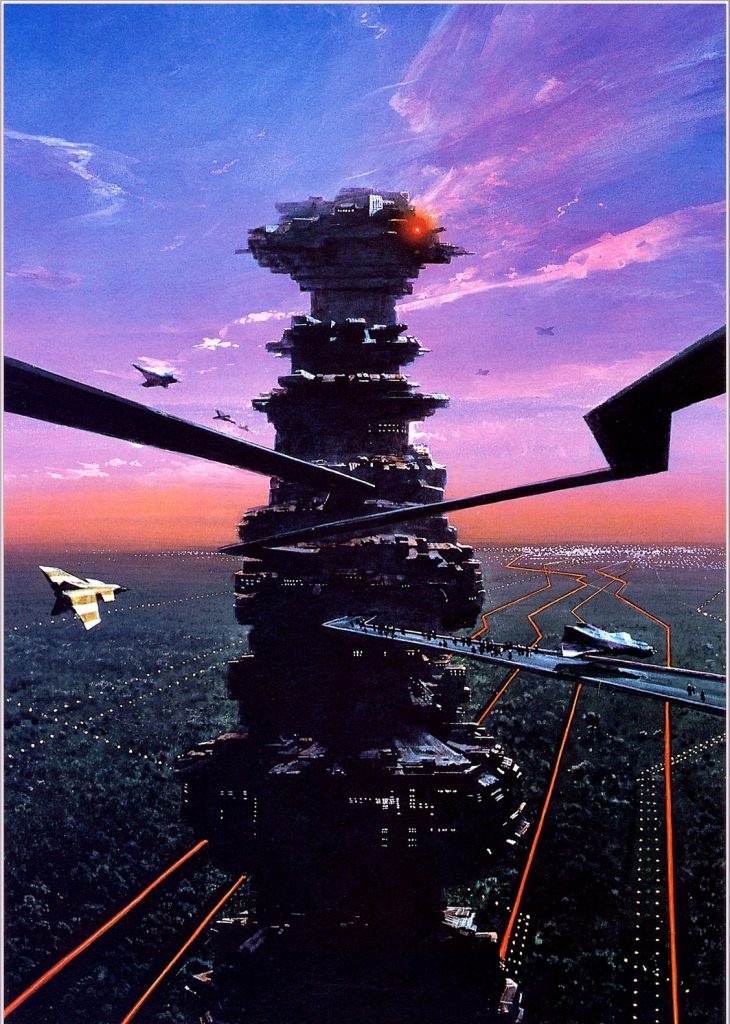 In fact, while thinking about the work that I’ve been a part of over the last 12 years (and stumbling around the internet) I found a pretty useful aesthetic analogy to help make the shift in edtech sensible for a community exploring the open web for teaching and learning at this moment. It started with wanting to use images from the 70s Sci-fi Art Tumblr to bookend my presentation. This blog is one of my constant inspirations these days, and it struck me how easy it was to map the current anxieties around edtech onto just random recent images, such as surveillance: 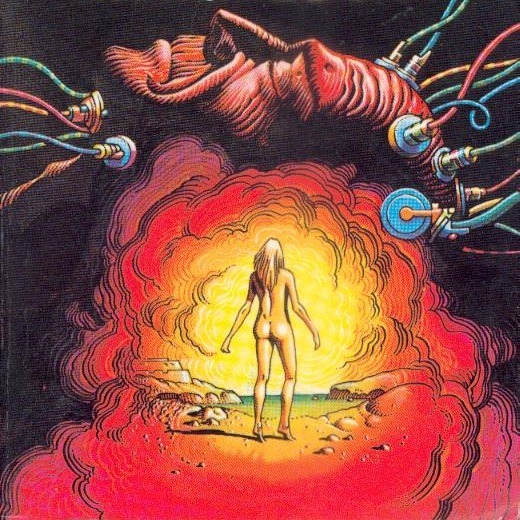 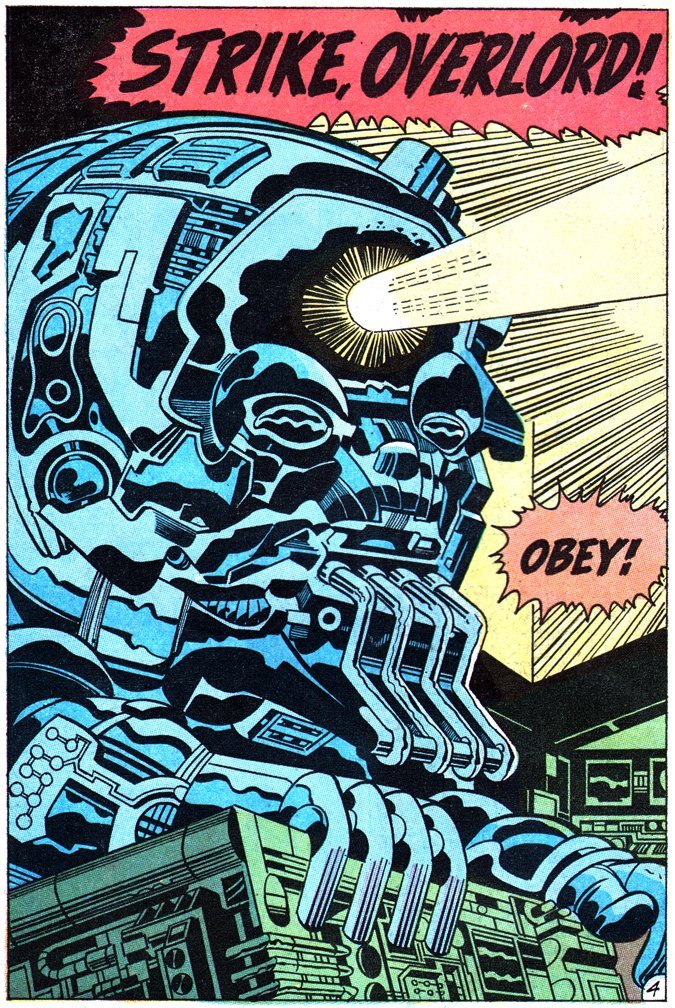 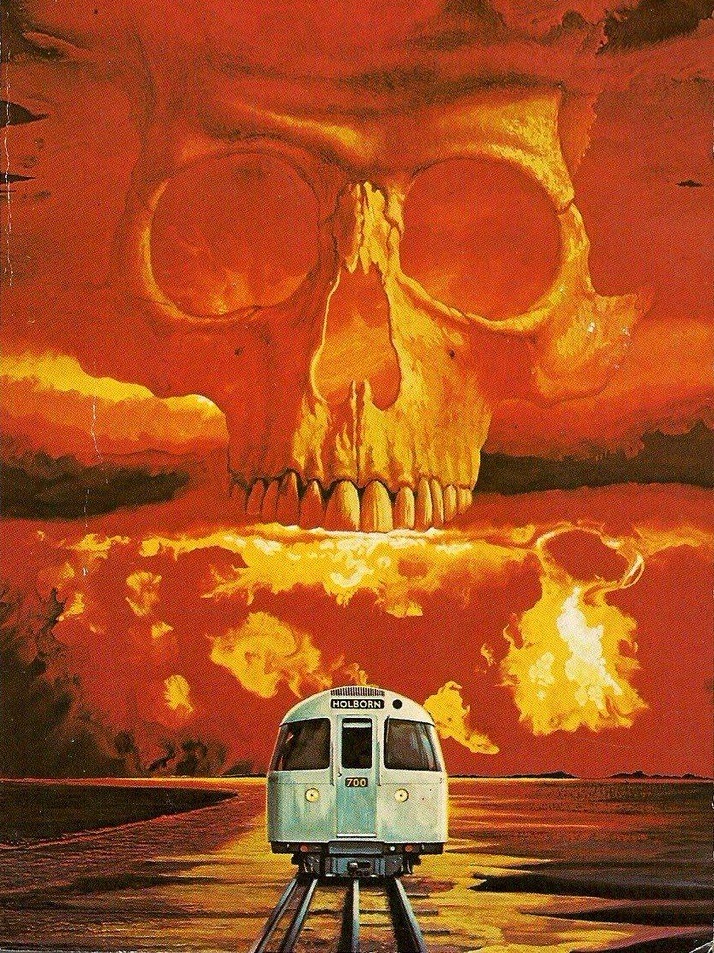 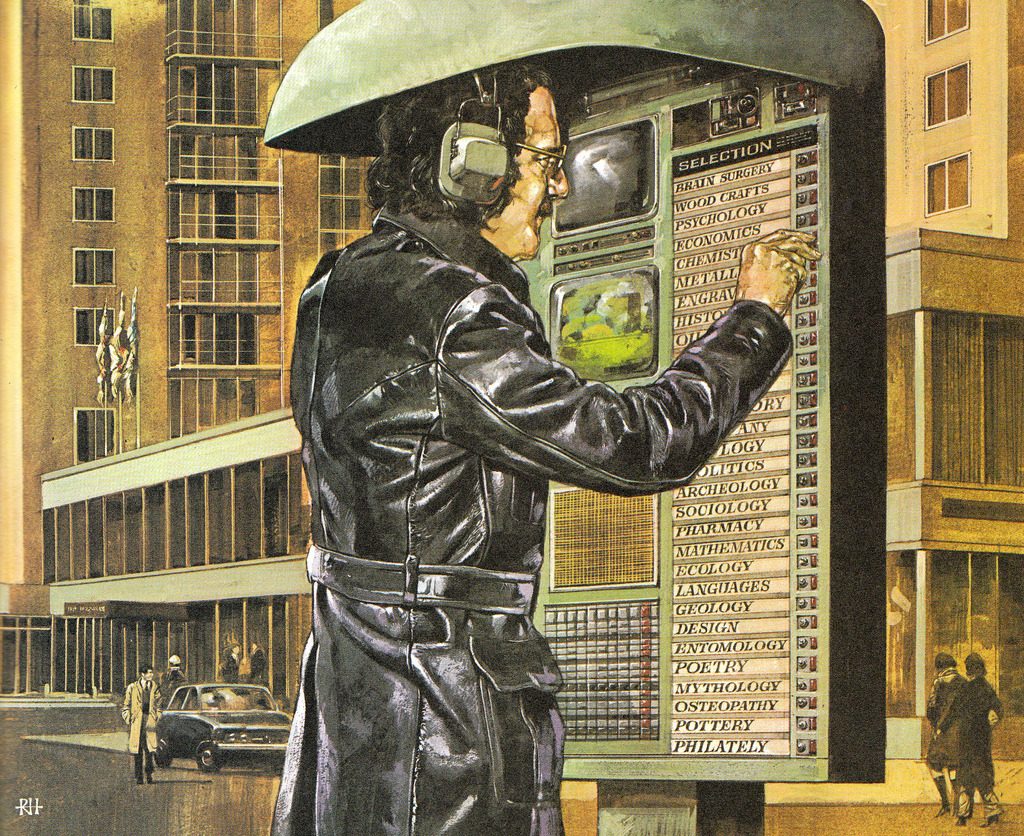 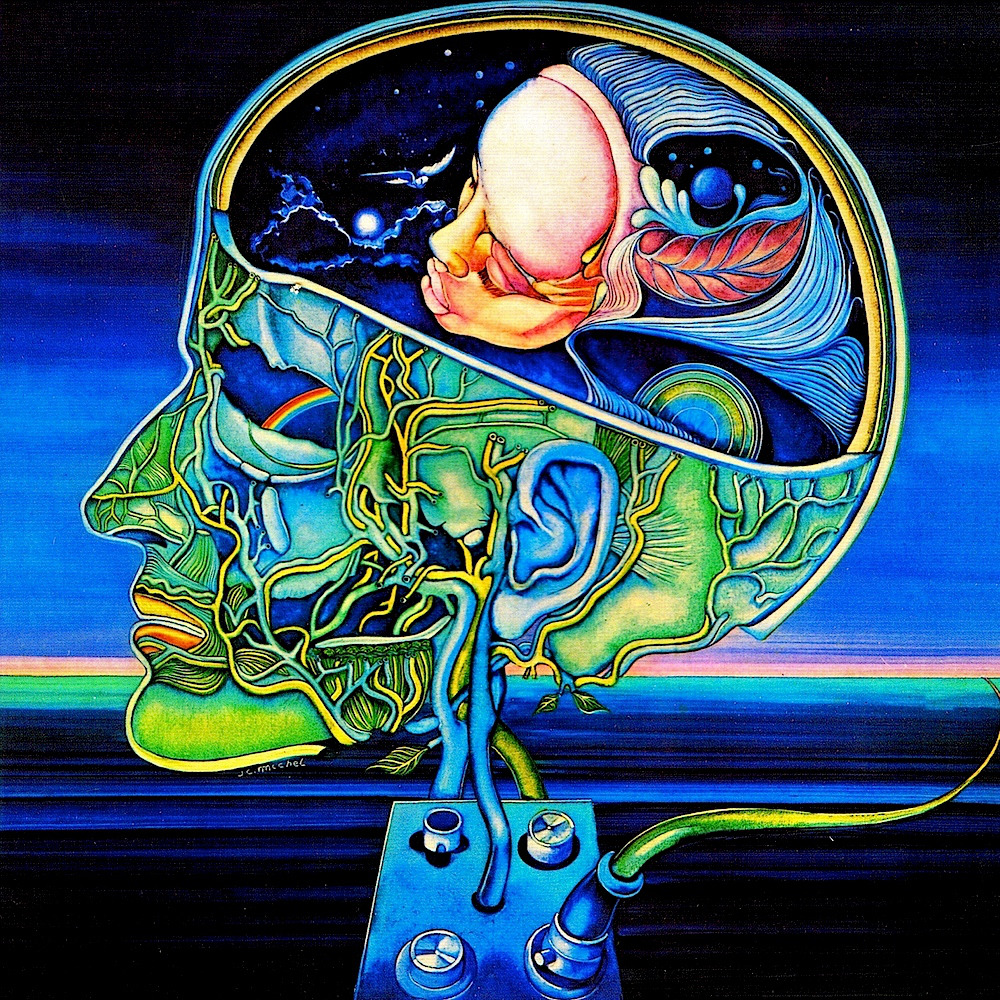 These awesome visuals mainly focused on a kind of dystopia or conflict, whereas the utopian visions of that era is a bit harder to find on the 70s Sci-fi Art, which led me to search for the utopian aesthetic of that era, which resulted in the discovery of this book review in the Guardian by Andy Beckett of Doug Murphy’s Last Futures. The article tagline dragged me in and made the immediate analogy I was looking for about Web 2.0 and its aftermath:

How the shining architectural optimism of the 1960s and 70s has ultimately produced buildings such as supermarkets, open-plan offices and other spaces of control.

This immediately made me think about Audrey Watter’s ongoing crusade as Cassandra for us in ed-tech to understand the transition we are going through, as well as Chris Gilliard’s recent piece in the EDUCAUSE Review, “Pedagogy and the Logic of Platforms” that spells so much of this out so beautifully, Brian Lamb’s reading of Gilliard’s piece (amongst others) frames it well:

Critics such as Gilliard, Cottom, Audrey Watters articulate a wider sense that the web has not only failed to achieve the breathless utopian ideals of a space in which traditional power relationships would be challenged, it is increasingly a mechanism for power to exert itself in ways that were unimaginable until recently. Higher education seems resigned to accepting the fundamental logic of surveillance capitalism as it stands, without asserting competing values or working to address its ill effects.

This is our moment in ed-tech, a far cry from the breathless utopia I felt possible in the early stages of Web 2.0, and turns out the spaces we thought we were building for open, expansive teaching and learning were being re-engineered for “personalization,” which is an edtech code-word for mining personal data from students and faculty alike. And this subversion of utopian visions to serve consumerism is exactly what Murphy’s Last Futures seems to argue in the transition from the utopian dream of the 60s and 70s architecture movement to the hijacking of that vision for the late logic of capital:

During the 80s, most of the utopian architectural schemes of the previous two decades were so quickly forgotten or derided – “Nothing dates faster than people’s fantasies about the future,” sneered the art critic Robert Hughes in 1980 – that it was almost as if they had never existed.

As an early Web 2.0 proponent, that hurts.

The flexible, socially responsive sort of building first conceived by progressive postwar architects lives on … but it has mutated into the supermarket, the open-plan office, the distribution warehouse – not usually spaces of liberation but of control. 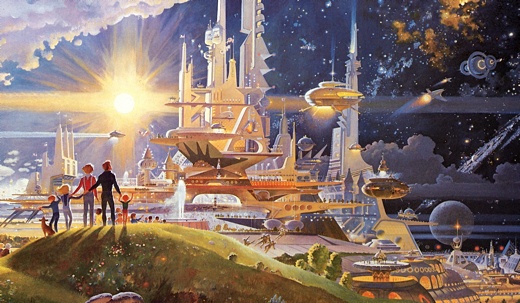 So, this book review opened up an interesting historical analogy for how utopian vision expressed through architecture in the 60s and 70s quickly became the model for capitalist platforms in the 80s and 80s. For me it’s a striking analogy that helps me understand our own moment on the web a bit more clearly, the realization that the utopian vision of open education and community spaces for learning would quickly become the sites of corporate control in the not too distant now.

Anyway, that is where my thinking is for this talk, we’ll see how it goes, but it is a good reminder how crucial aesthetic are for me to make sense of any of this. Might be why Bryan Mathers’ recent NDGLE art is featured so prominently in my slides today 🙂

3 Responses to Last Futures: From Web 2.0 Utopia to Platform Capitalism