Serena Epstein has a fun new assignment for ds106 that asks you to illustrate an image from T.S. Eliot’s poem “The Lovesong of J. Alfred Prufrock” through the medium of your choice. As soon as I saw the assignment a few images jumped out at me such as “Like a patient etherized upon a table” or “Of restless nights in one-night cheap hotels.” But, I couldn’t get Frank Darabont’s film version of The Mist out of my head (maybe because I just finished Season 1 of The Walking Dead) when thinking about one of the greatest images in that poem that likens the London fog to a cat. So, I took part of that poetic image and tacked it onto this artistic rendering from the film. I love the opportunity to marry a high modernist like Eliot with one of the world’s most popular novelists. 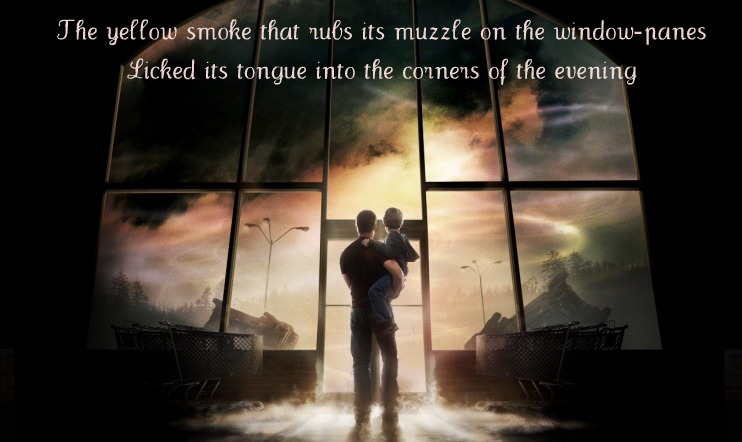 The process on this was dead simple. Found the image I wanted on the net, brought it into Picnik and added the text.