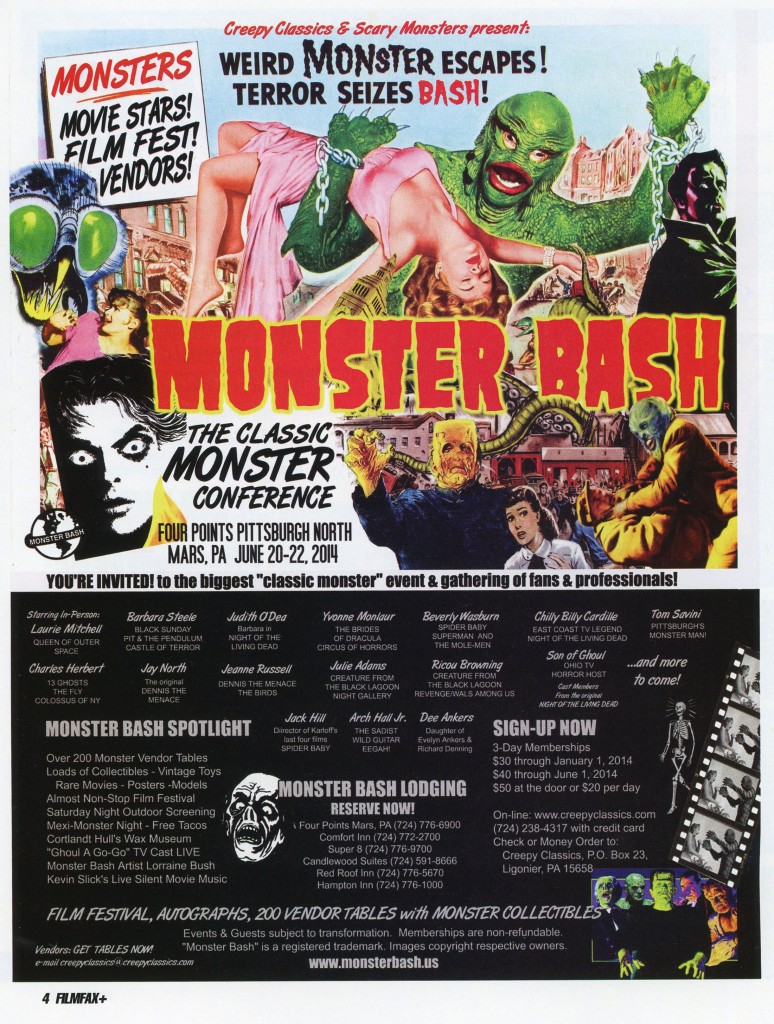 I already posted about how awesome the recent issue of Filmfax is, but I also wanted to share an advertisement from the recent issue extolling the virtues of the 2014 Monster Bash that will be held outside Pittsburgh, PA  next June (the 20th -22nd to be exact). I’ve been  subscribing to Filmfax for a spell now, and I’ve seen the ads for these festivals for some time. I’ve been hankering to go to one of them for a while, but I still haven’t fallen far enough down the geek hole to realize that ambition. 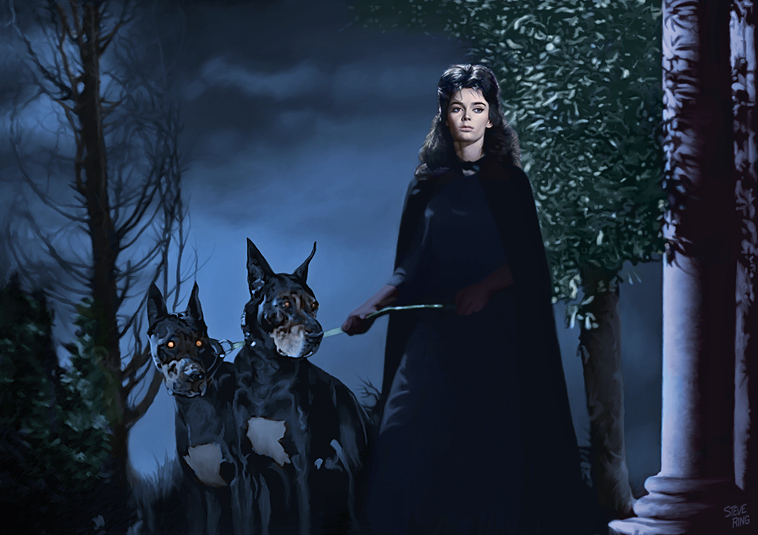 But that all might be about to change because it seems Barbara Steele, the queen of 1960s b-movie horror and long-time poster girl of this blog, is on tap for signing autographs and taking pictures. Given the unholy amount of time I’ve spent staring at images of her with spike scars on her face, I think it’s high time to meet the woman behind the “Mask of Death.” I’m imagining meeting up with my bavatuesdays film festival co-conspirator Paul Bond at the Monster Bash in less then a year so that we can get an image with and autograph from this b-movie horror film legend. I’d also love to interview her about her experience on the set of Mario Bava’s Black Sunday (1960).

What’s more, we can also seek out Judith (“They’re coming to get you, Barbara”) O’Dea from Night of the Living Dead and Tom Savini, the gore master behind Dawn of the Dead (1978) amongst  many other films.  The legendary exploitation director Jack Hill (who Quentin Tarantino called “the Howard Hawks of exploitation filmmaking”) best known for the cult classic Spider-Baby (1964) will be on hand. I’m getting excited just writing about it, but the film personalties are only part of the allure. There’s also the memorabilia! All the beautiful 1950s and 60s tangible nostalgia. And compared to all the edtech conferences I’ve attended the last seven  years it’s a bargain at $50 bucks for three days of meeting the legends, watching the films, and browsing ALL the awesome things. Anyway, I embedded the trailer below because while writing this post I have officially become a Monster Bash fanboy, I’m gonna do everything I can to attend my first full blown fan frenzy!