Music for the coming Depression

About a week or so ago I got Robert Crumb’s Heroes of Blues, Jazz & Country which I have been totally digging. The book has been reinforcing an informal education I’ve been getting through my various conversations with Folklorist Gary Stanton and Musician/Artist Kent Ippolito (who gave me the book –thanks Kent!) on early 20th century American music. It’s a series of sporadic discussions, and it has been a lot of fun for me to listen to some music from the various genres (which all seem to share some interesting relations) from the 1920s and 30s –which is the focus of Crumb’s book. 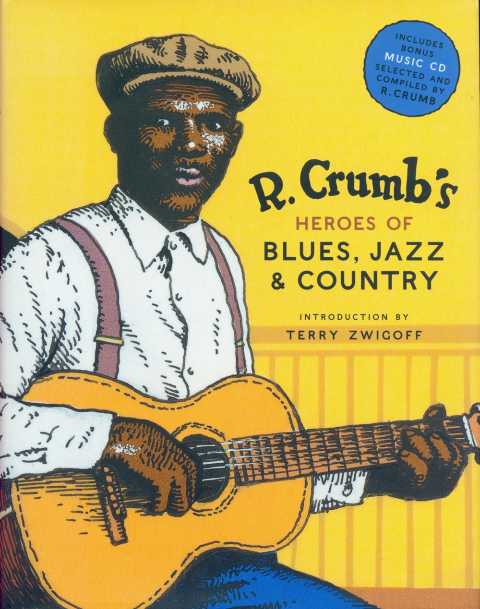 Crumb’s sketches of the artists are wonderful, my favorite is the one below of Sleepy John Estes. And each image is accompanied by a very short (one to two paragraph) discussion of the artist and their particular musical strengths along with how many “sides” they recorded ( a side of a 78 album was anywhere from 2:30 to 3:30 minutes long, which basically meant the length of popular song). 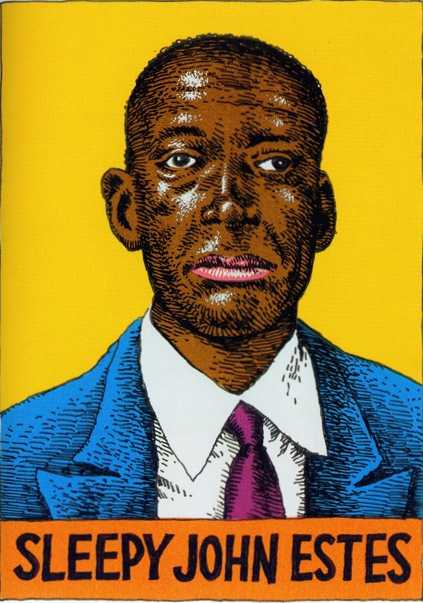 Anyway, along with the amazing assortment of Crumb’s interpretations of the artists there is a CD that features a sampling of their songs. I hadn’t heard any of them before except one, which was part of the soundtrack from O’ Brother Where Art Thou, which was Skip James’ “Hard Time Killing Floor Blues” found for your listening pleasure on YouTube here, and embedded below:

Skip James’ career is fascinating, here is a brief excerpt as told by his Wikipedia article:

As is typical of his era, James recorded a variety of material — blues and spirituals, cover versions and original compositions — frequently blurring the lines between genres and sources. For example, “I’m So Glad” was derived from a 1927 song by Art Sizemore and George A. Little entitled “So Tired”, which had been recorded in 1928 by both Gene Austin and Lonnie Johnson (the latter under the title “I’m So Tired of Livin’ All Alone”). James changed the song’s lyrics, transforming it with his virtuoso technique, moaning delivery, and keen sense of tone. Biographer Stephen Calt, echoing the opinion of several critics, considered the finished product totally original, “one of the most extraordinary examples of fingerpicking found in guitar music.”

Several of the Grafton recordings, such as “Hard Time Killing Floor Blues”, “Devil Got My Woman”, “Jesus Is A Mighty Good Leader”, and “22-20 Blues” (the basis for Robert Johnson’s better-known “32-20 Blues”), have proven similarly influential. Very few original copies of James’s Paramount 78s have survived.

[[The Great Depression struck just as James’ recordings were hitting the market. Sales were poor as a result, and James gave up performing the blues to become the choir director in his father’s church. Skip James himself was later ordained as a minister in both the Baptist and Methodist denominations, but his involvement in religious activities was sketchy.

For the next thirty years, James recorded nothing and drifted in and out of music. He was virtually unknown to listeners until about 1960. In 1964 blues enthusiasts John Fahey, Bill Barth and Henry Vestine found him in a hospital in Tunica, Mississippi. According to Calt, the “rediscovery” of both Skip James and of Son House at virtually the same moment was the start of the “blues revival” in America. In July 1964 James, along with other rediscovered performers, appeared at the Newport Folk Festival. Several photographs by Dick Waterman captured this first performance in over 30 years. Throughout the remainder of the decade, he recorded for the Takoma, Melodeon, and Vanguard labels and played various engagements until his death in 1969.

The release of his song about “hard times” coincided precisely with the Great Depression, making the market for his recording evaporate and his musical career that much tougher. Yet the song captures the haunting uncertainty of difficult times, while simultaneously providing a reassuring voice of someone who has not only endured them, but created something great within them.

2 Responses to Music for the coming Depression