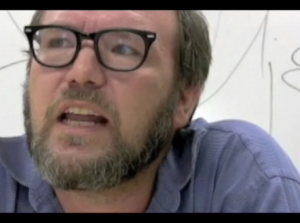 Well, back in May my loving children broke a pair of glasses that I had owned and worn for almost twelve years. Since then, I have been wearing glasses with only one arm, primarily out of necessity and a staunch refusal to buy a crap pair of glasses.  And while I flirted with the idea of playing the contact game, in the end it isn’t my bag. I have to admit that for the first month or so it felt kind of weird walking around with one-armed glasses. I often tried to tape them up or hide the lack with a hat or a fake hippie wig. But time is  a funny thing because now, over four months later, I have become pretty comfortable with my one-armed glasses—I almost feel kinda like the one-armed boxer. Eventually my colleagues and neighbors stopped asking me when I was going to get them fixed, and I stopped caring if and when they did ask. I figure it’s a kind of mental training for the tough times that lay ahead (in fact, I have been in such training most of my adult life).

So, having survived for 120 days with one-armed glasses I am excited to both announce and introduce a new, integral member of the bava family. After searching on EBay for just a half hour today I found the perfect eyeglasses for the low, low price of $39.99! So tonight marks the beginning of a new and improved era of bava eyewear that, my children allowing, will last for the next decade. So, without further ado, here are the new and improved (and specially reinforced) bavaframes:

This entry was posted in Uncategorized and tagged frames, glasses. Bookmark the permalink.