Back in the fall of 2013 I had the distinct pleasure of presenting at the University of North Florida about the work we’ve been doing at UMW. I had a blast, and I wrote about the experience in detail soon after the trip. One of the bizarre/cool things they did was provide me a certificate granting me the paver of my choice. 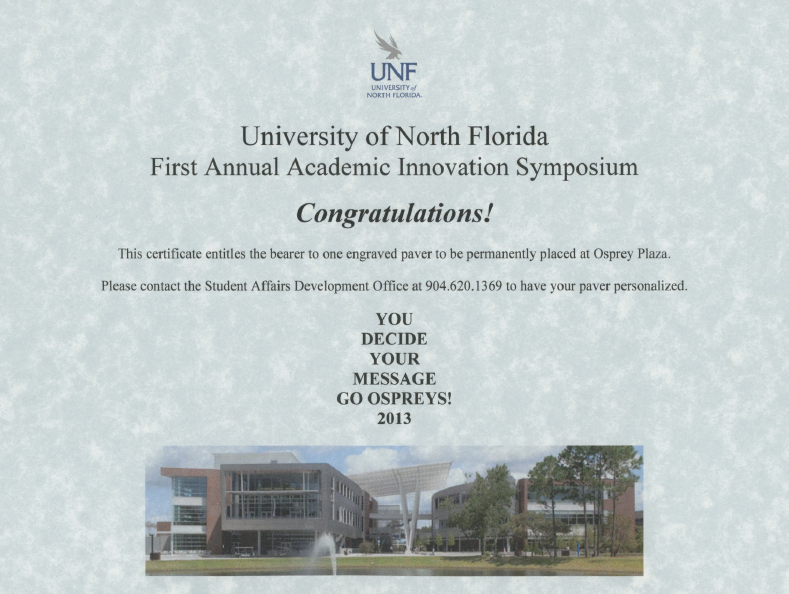 Soon after my return,  I roped DTLT into a conversation about what might be fun to put on the paver. Ryan Brazell suggested #nobody. This is an oblique reference to some of my more bombastic tweets:

Oh, is that Jim Groom on fire over at bavatuesdays? Yes. Yes it is. #nobody you hear me #NOBODY

I think my use of the #nobody hashtag was at its height in 2013/2014, but I still occasionally pull it out when in a creative jam. Anyway, I loved it and had #NOBODY put on my honorary paver. Last week I got the following image from a yet to be announced source who has confirmed that the paver actually exists. It’s fun to think that someone might be pausing for a millisecond at UNF right now being like “WTF!” #NOBODY! 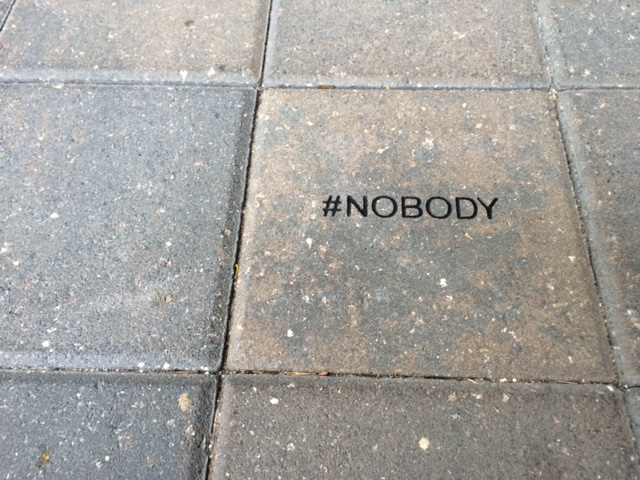 A paver at the University of North Florida

This entry was posted in fun and tagged nobody, paver, UNF. Bookmark the permalink.