While I was back in Fredericksburg earlier this month Tim was exploring how to run a gaming machine in the cloud. As crazy as it seems, it is now possible. The reason behind the search was to explore setting up and testing a full blown gaming PC with the Oculus Quest (in particular using Side Quest that allows you to stream games from your PC to the Quest through Virtual Desktop). Work arounds like this usually lead to awesome discoveries, and the original cloud-based solution he found was Shadow, which promises “high performance gaming for all.” The idea is pretty powerful, why buy a expensive gaming PC for upwards of $3 or $4 grand when you can pay a monthly fee for a fraction of that up front. There is always the long-term cost no doubt, but the idea of upgrading to a larger processor and better graphics card seamlessly is enticing. 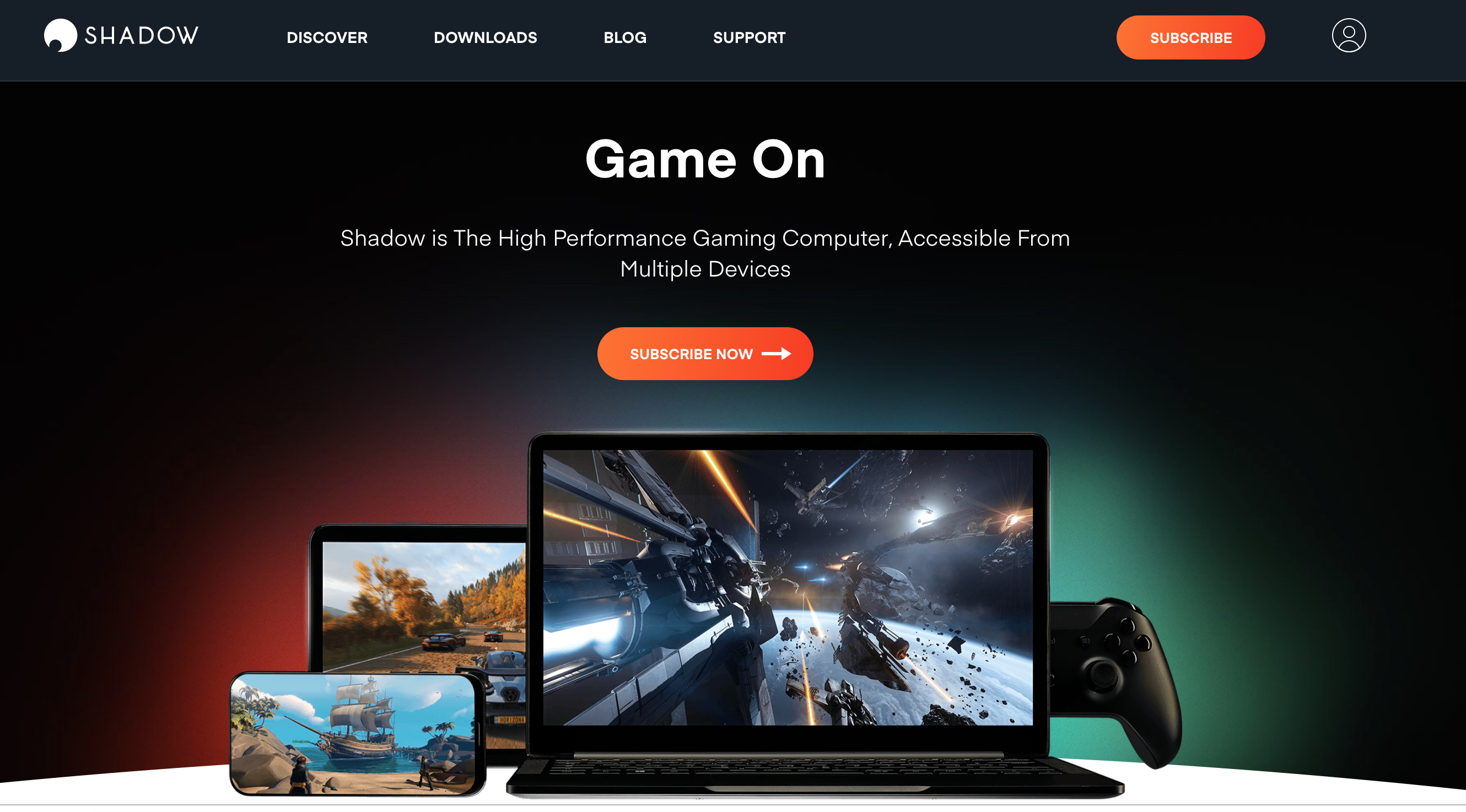 He tested Shadow for with Portal 2 running off the Virtual Desktop with some solid results, the sound was a bit spotty and there was definitely some lag, but it was definitely proof there is legs to this idea. The lag and the audio though pushed him to keep looking, and soon after I returned he send along a link to Paperspace, a similar service that let’s you spin up full blown desktop PCs in the loud, but rather than charging you monthly they allow you to use hem hourly. This reminded me of the idea Tony Hirst has been talking about for a long, long time about providing students with a disposable computing environment to spin up and down as needed. I was not surprised to see Tony already knows about Paperspace after a quick search on “psychemedia and Paperspace ” in Google which, in turn led me from the Jupyter forum to this excellent resource outlining “Six easy ways to run your Jupyter Notebook in the cloud.” Thank you, Tony. So, it was cool to see that Paperspace allows you to pretty easily get up and running with Jupyter (but only the resources in the previously linked article, it is not free) fairly easily with various packages and even the ability to add your own custom container. 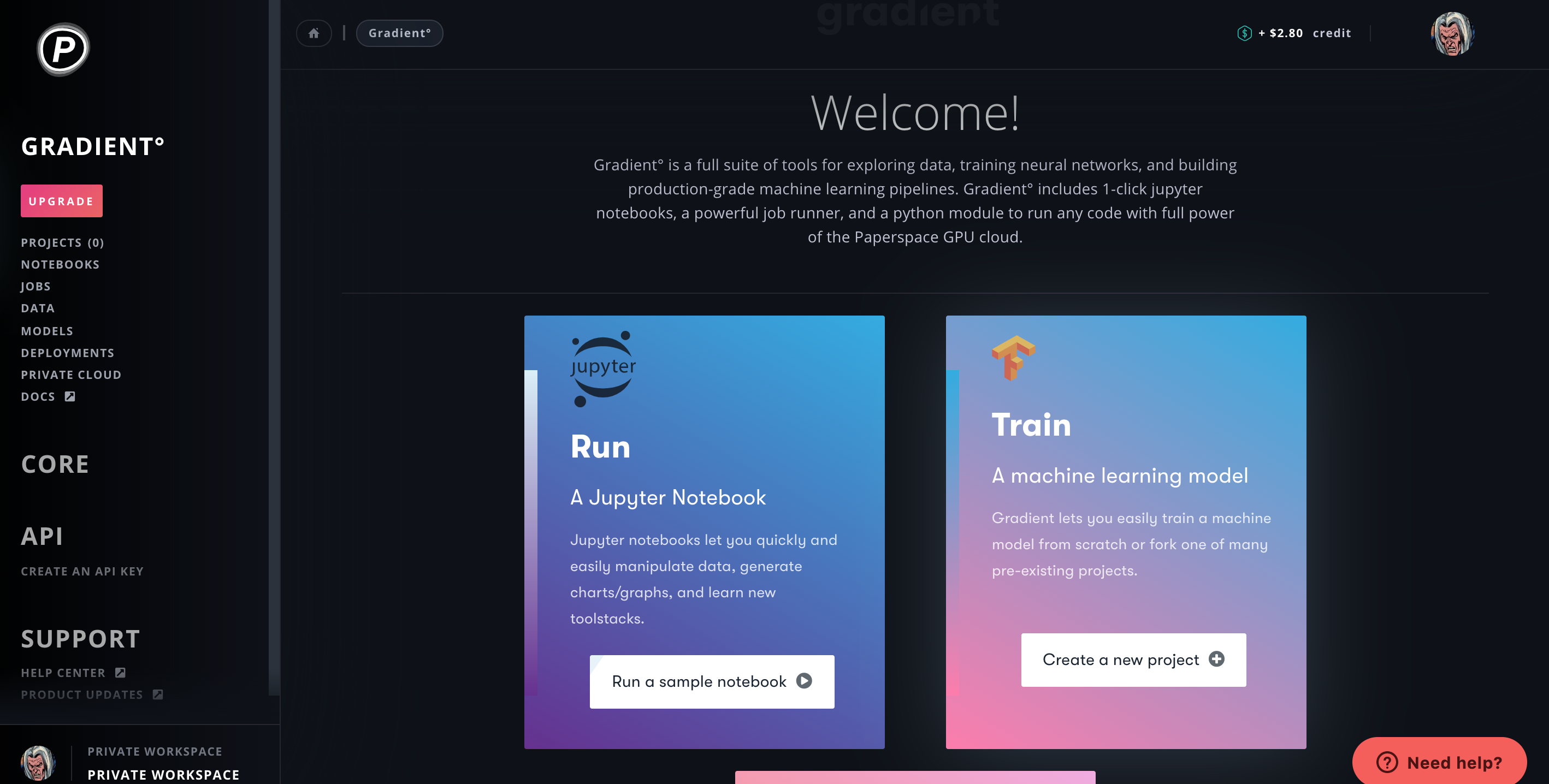 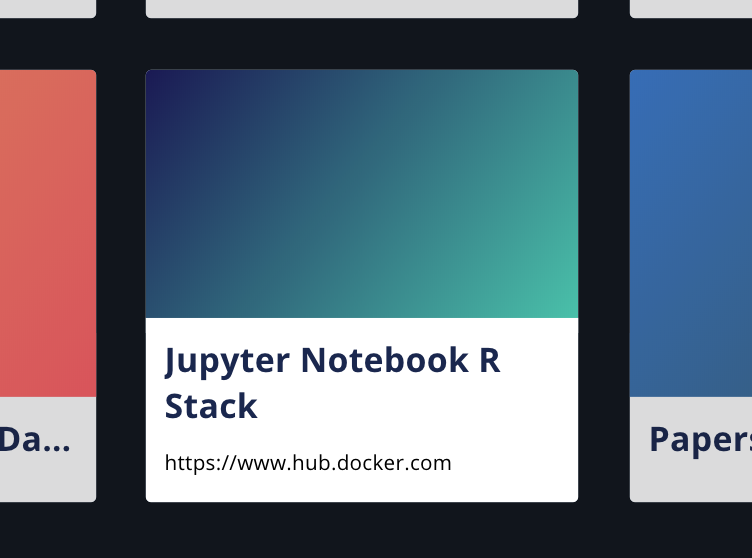 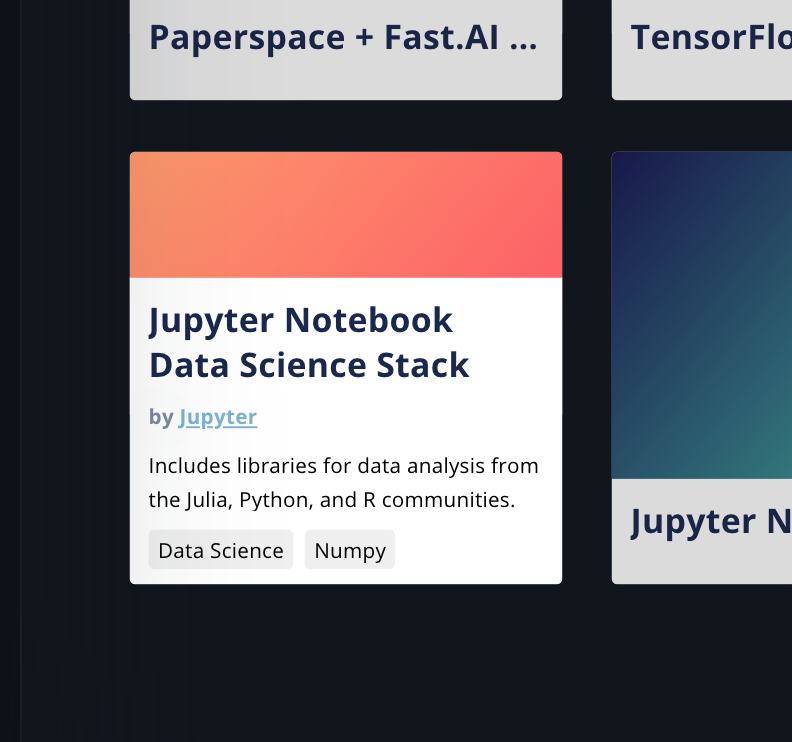 It also has the ability to run machine learning notebooks using TensorFlow and the custom container option is very interesting.

But Tommy and I were not actually looking to run analytical models around gigantic datasets, oh no, we wanted to kill zombies in the cloud! So we played with creating a simple Windows 10 PC in Paperspace.We started with a Pro machine, which was .17 cents per hour (I started small because I was mindful of possibly making costly mistakes) and 50GBs of storage which was $5 per month (you can see how costs will start to add up). After that, Tim noted we should create a template of our gaming PC before starting because if you spin up and then destroy the machines, you want to have the template set so you don’t have to download and setup Steam VR every time. We did create a 50GB template with a one-time fee of 2 or 3 dollars, and then setup our machine and loaded Steam, etc. We could run games and VR through the machine, but he Pro option had a graphics card from 2013 and was basically not strong enough to do any justice to the games we wanted to load, but they did run. They were slow and laggy, but they ran. So, in that regard, our $10 experiment was successful.

Tommy and I have been exploring what it looks like to create a gaming machine in the cloud with Paperspace this afternoon. It is pretty wild and quite easy, kinda like a PC within a PC #inception

A couple of things I learned along the way is templates will only work within the data center you chose (we were in Amsterdam) and the size machine you select (so the 50Gb template is only good with the Pro machine we setup). So, when Tommy and I experiment with the P6000 this afternoon (which one of the most powerful consumer graphics card that costs roughly $3500 alone) we will need to buy a new template that an only be used in Amsterdam, and that PC will cost us $1.17 per hour, which if you use it for any amount of time gets expensive quick, but this is all just R&D for Reclaim Arcade right now 🙂 The other thing this allows me to do is get Tommy deeper into technology. He has already shown a strong predilection for researching technology and developing his own game levels, but digging into the infrastructure together and trying to explain the inception moment when you an run an ridiculously fast gaming PC from within a browser tab on our less than ridiculously fast gaming PC, some abstraction as to how this stuff is now working starts to click for him. It’s awesome to work through it together.Thanks, Tim, for setting us down this path!

4 Responses to Playing with Paperspace