Reclaim Growth with Support by the Numbers

It’s been over a year since Tim Owens left Mary Washington for Reclaim Hosting. He officially went full -time in January, although he has always been the caretaker at Reclaim. Needless to say he hasn’t looked back since, and when we were talking about his bold departure he pointed out that in his post announcing the move he has an image of the support ticket stats from the Fall 2014 semester.

From late September through late November 2014 (roughly 60 days) we had 238 tickets at Reclaim Hosting. Our average first reply time was just under an hour. Not bad. But take a look at the support ticket numbers for Reclaim over the last 28 days :

422 support tickets with a median response time of 5 minutes. That is almost twice the number of tickets in half the amount of time with a response time that is 10x faster than it was over a year ago. 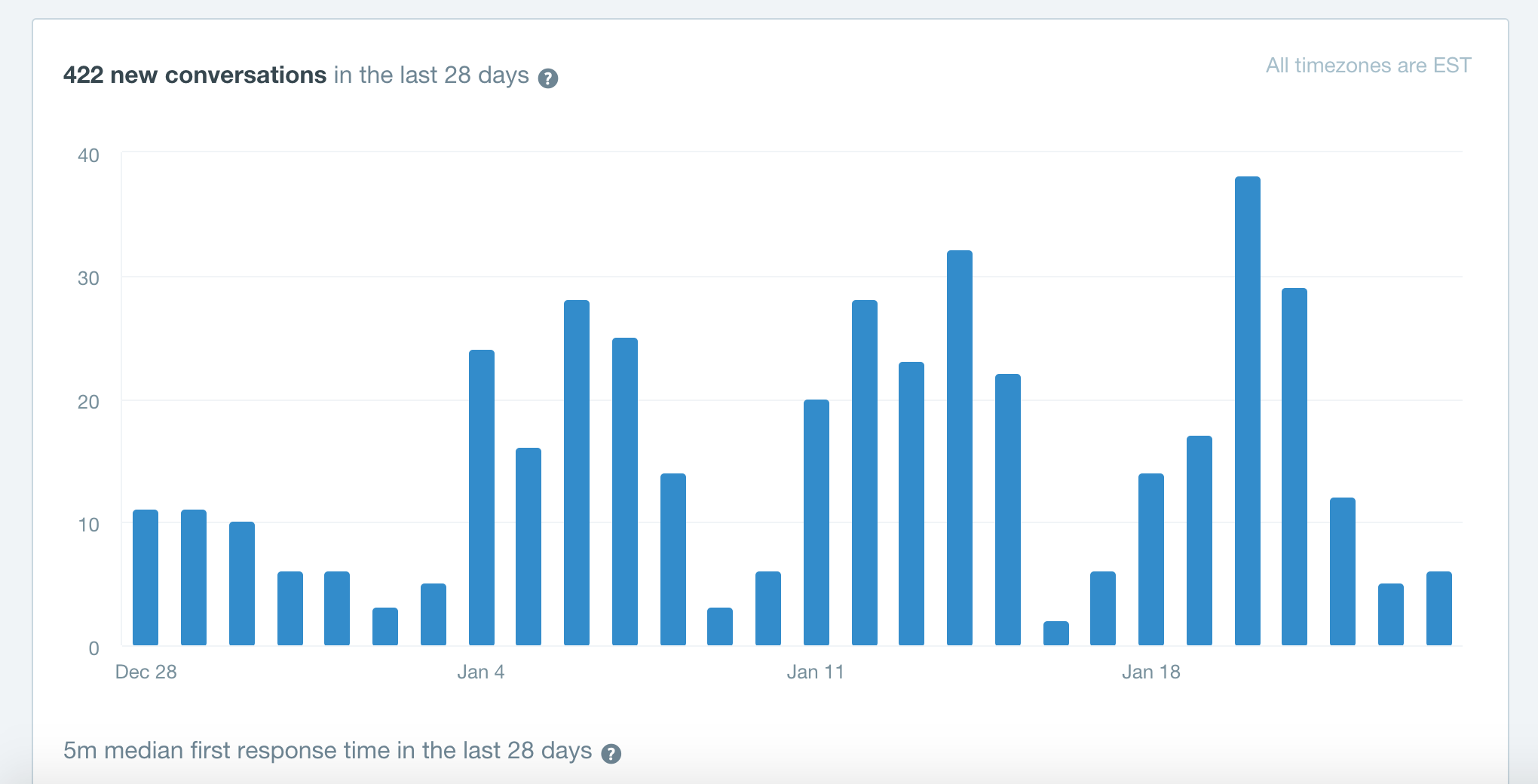 Number of Conversations of past 28 days

What’s crazy about the longer view of our support over the last 15 months is that while we have grown significantly, we have focused on scaling our support accordingly. In fact, not only has our median response time dropped dramatically from the 50 minutes we clocked last Fall. We’ve continued to decrease the response time from 8 minutes this September to 5 minutes this month. Talk about squeezing blood from a sugar cube. It’s an insane standard, but it’s also why we rule!

And if you look at the median response times there were only two days over the last 4 weeks where tickets sat for any significant length of time: New Year’s Eve and New Year’s day—and even then it was just over an hour. Do the math and start reclaiming #4life!

This entry was posted in reclaim and tagged reclaim, support. Bookmark the permalink.

2 Responses to Reclaim Growth with Support by the Numbers