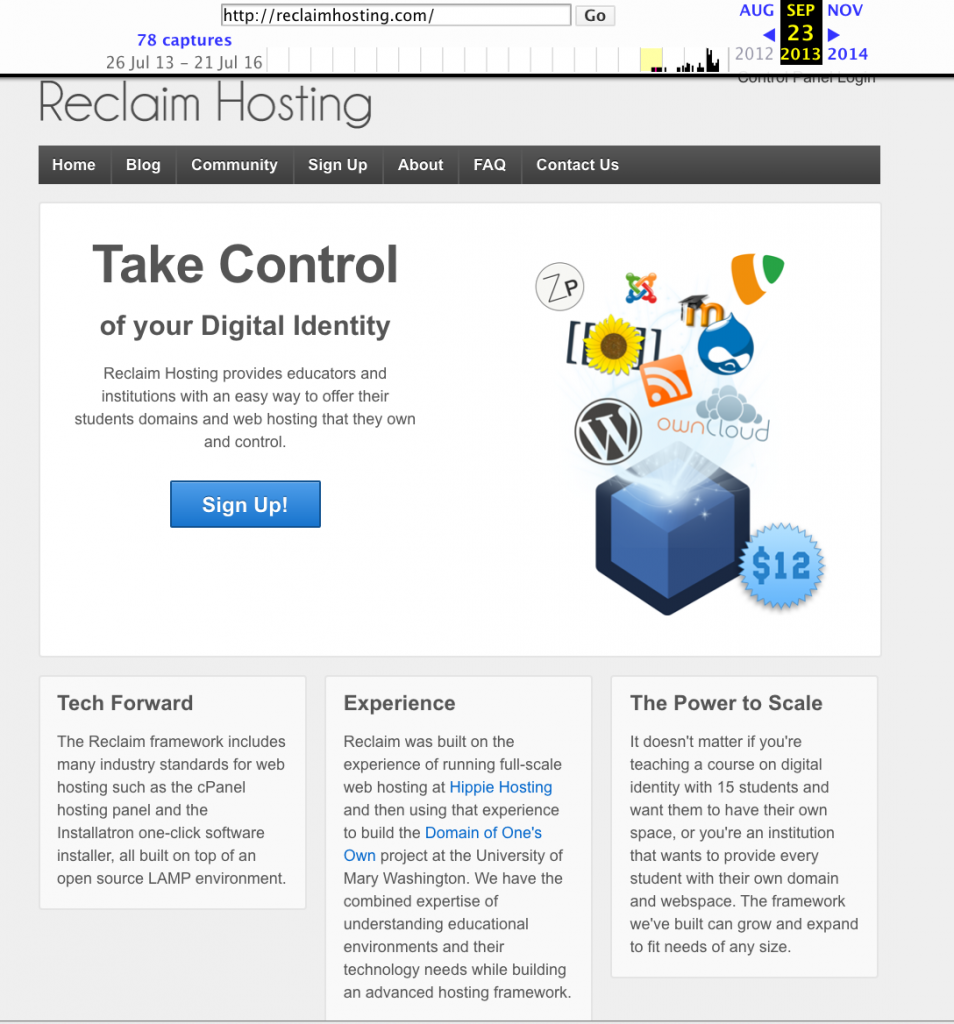 Earlier today I was talking with my partner in crime Tim Owens about the fact that Reclaim Hosting turns 3 years old this week. I was under the impression it was July 28th for some reason, but turns out it was earlier than that. Tim sent along this article from the Chronicle dated July 25th, 2013 that formerly announced the launch of our little experiment. As an added bonus, Tim reminded me what our website looked like that summer care of the Internet Archive’s Wayback Machine. Three years has gone pretty fast, and this fairly modest experiment has become part of a broader community of practitioners that want to reclaim the possibilities of the web for higher education and beyond. It’s been an awesome privilege to help folks stake their small claim on the web. And while waxing nostalgic about the spirit of Geocities, I am reminded thanks to a recent talk by rogue archivist Jason Scott (one of the handful of individuals who helped preserve the history of Geocities before Yahoo! deleted it) that the individual web we create and preserve is part and parcel of the digital culture we inhabit. To abdicate control and stewardship of that culture to those that would commodify and then wantonly discard every last bit of it (see Yahoo! and Geocities above) is a serious cultural problem. And we can only count on folks like Jason Scott and the patron saints of the internet at the Archive to a certain extent. It’s up to us to take responsibility for and make plans to preserve the integrity of the trails we blaze on the world wide web. Reclaim Hosting emerged as part of an educational community to make this easier and more affordable—that remains the mission. Avanti!