Reclaim Today: Taking the Studio on the Road 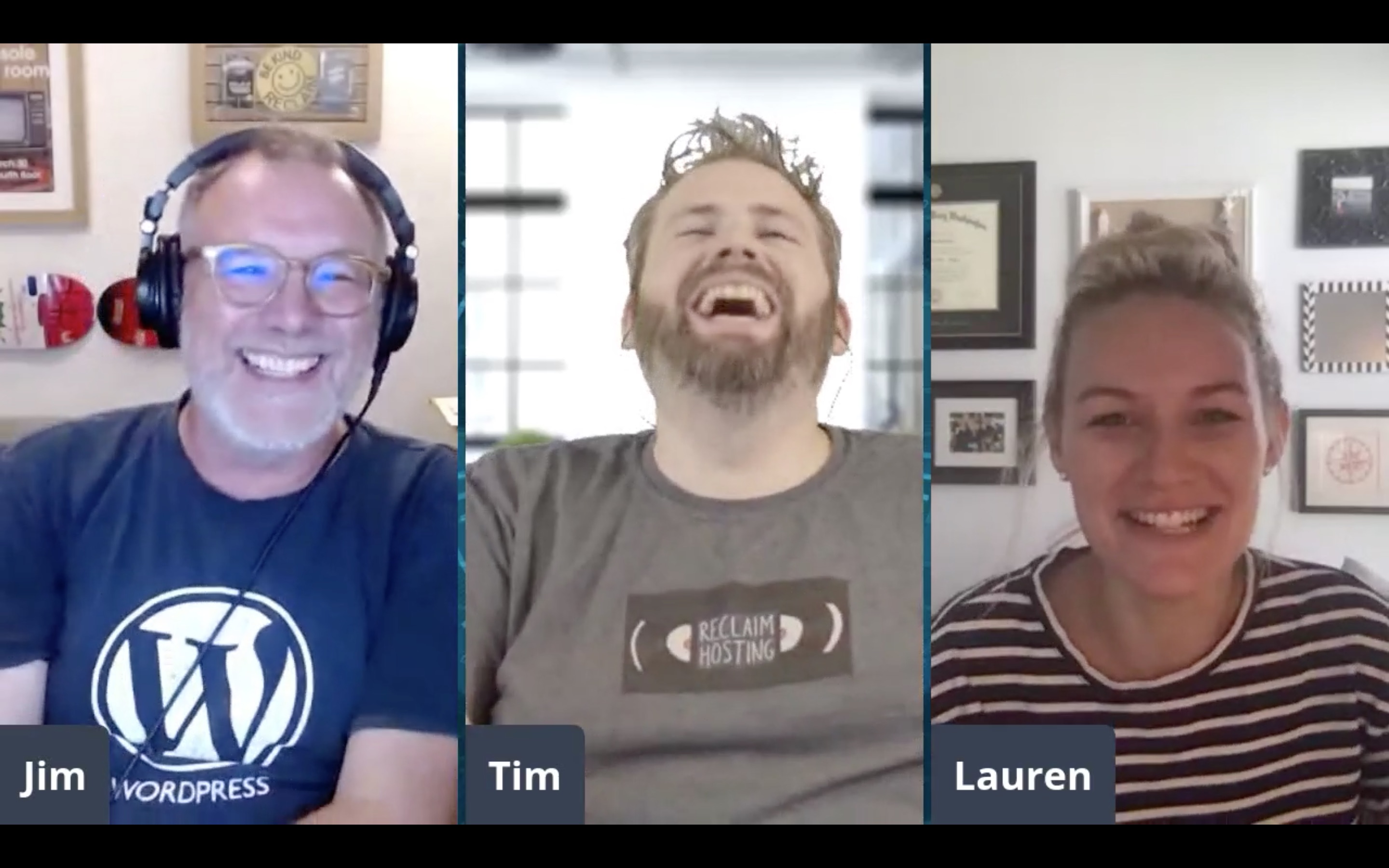 We’re currently building out Reclaim Hosting HQ’s TV studio, and as a result we’ve been doing more Reclaim Today episodes —which is a welcome change. In episode 21 we discuss what a video kit would look like for remote workers like Lauren and I. The idea being the mothership that is Reclaim Hosting’s office studio would be where all the heavy lifting happens, but Lauren and I would need to have tight video setups that allow us to seamlessly integrate for a distributed stream, not to mention the importance of having a solid rig as more and more events and trainings go fully online.

And we even had a view or two, thanks Simon! So the discussion delineates what a remote kit would look like, and below is the list of the equipment I got for my remote setup (Lauren’s differs a bit based on availability). There was more Elgato equipment available in Italy than the US (the company is headquartered just up the valley in Munich, Germany) as the demand for webcams, portable green screens, microphones, etc., is still peaking given the US is experiencing the never-ending lockdown. So, below is my annotated list of my remote video setup:

In about 45 minutes @brumface @timmmmyboy and I will be jumping on https://t.co/GzpExUBnn6 for another Reclaim Today episode. Keeping with the TV Studio theme, today we'll be talking about what a portable video recording/streaming setup for remote work might look like. pic.twitter.com/nfi1dJOpLL

Elgato Key Light Air (2x): Lighting, lighting, lighting! One of the big takeaways from our discussion with Andy Rush a couple of weeks back was good lighting is everything. So I got two portable, adjustable desktop lights that I can link and control via my phone. These were $130 each, and I got two that sit on either side of my computer (as pictured above) and they do make all the difference but the app is a bit wonky at controlling both seamlessly, so that is something to consider. But I love how seamless they work on the desk behind my monitor on the left and next to the one on the right.

Elgato Wave Microphone: Next up is sound, and I currently have a Yeti mic that has worked for me pretty well, but one of the drawbacks is I tend to keep it off to the side and I find my levels are consistently low and it picks up everything. That said the Yeti may be more than enough for folks, but I wanted to try the Elgato Wave 1 to see if that was different, it just came this morning so I have to follow-up after playing around more, but a potential benefit of the Wave mic is comes with mixing software.

Logitech C920 Webcam: This is the camera I bought after mistakenly getting the Logitech C615, which sucks. While only $15-20 difference, the C920 is far superior. And I think this will be a good solution for most, I am still planning on mounting a Canon DSLR behind and above my main monitor and bringing it in as an input for OBS using Elgato’s Cam Link 4K video capture card. More on this experiment anon, but at $115 for the Logictech C920 (which is $20 cheaper than the Cam Link video capture card, and $1000+ cheaper than a DSLR) it is a very solid and affordable camera for a remote kit.

Elgato Portable Greenscreen: Finally the portable Greenscreen from Elgato officially makes me Elgato brand boy, doesn’t it? I can live with that, I had to pay a few bucks for this from a third-party vendor in Italy given it was sold out here, but not like the price gauging for it my vendors in the US right now. This has yet to come, so I will need to write more once I get it and can play with it, which will invite more posts around actually exploring the possibilities with using a Greenscreen when streaming, some of which Tim highlighted in the this video, and they are so fun!

4 Responses to Reclaim Today: Taking the Studio on the Road