It took a bit of time, but ReclaimVideo has moved out of the possibility stage into the planning stage. We will be working on building out the storefront space from January through March, with hopes of a grand opening this Spring. Timelines are flexible, but there will be a brand new video rental store opening up in Fredericksburg in 2018. Expect nothing less than the trailing edge of innovation in all things Reclaim—the first name in retrograde technologies. More on that as the store progresses, but right now we are in the fun stage of purchasing movie titles and equipment on Ebay and beyond. 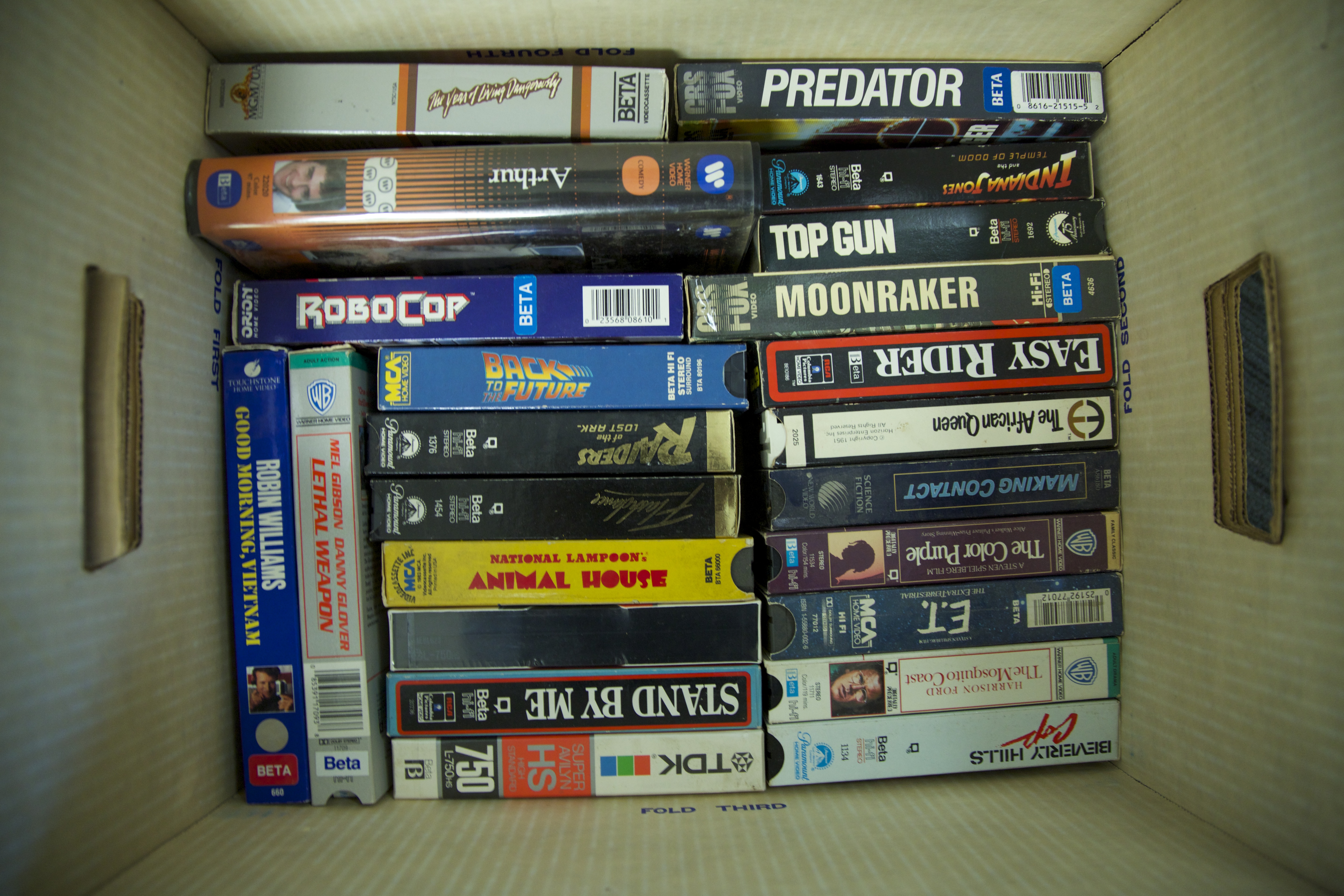 A secret stash of betamax tapes from the UMW Console

We have probably purchased around 100 VHS tapes already, and these have been mostly 70s and 80s U.S. sci-fi, horror, and action/adventure titles. We plan on branching out when it comes to other genres and national cinemas, and it’s our hope that we can get folks from all over to contribute any videos they own and want to find a permanent home for, or even buy and ship a favorite or two from their youth. But that’s fodder for another post, and we’ll be sure to make the call out to folks sometime soon. Of course we recognize this will be predominantly a labor of love on our part, and any contributions are simply a bonus—but the community contributions to the UMW Console made that whole process that much more special. 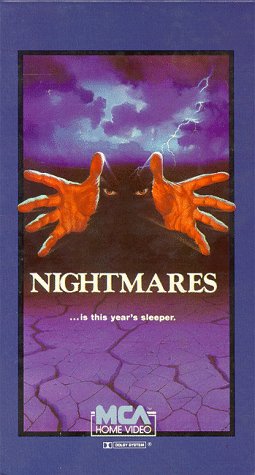 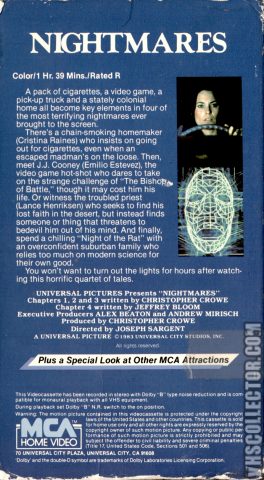 As it happens, one of the purchases I made this week was a result of a spam comment on an old post here on the bava. Back in the Summer of 2008 (when bavatuesdays was at the height of its EDUPUNK powers) I wrote a post about an episode of a fairly obscure horror anthology movie from the 80s called Nightmares (1983). The episode was called “Bishop of Battle” and starred Emilio Estevez as a videogame playing punk (just a year before his role in the legendary Repo Man).  I provide a detailed overview of the episode in that post from almost a decade ago, so I won’t rehash it here. But this small bit sums up my ongoing fascination with not only that particular episode, but the medium more generally:

It’s a film’s ability through the visual to capture the actual spaces of an arcade during the 80s, which are for the most part gone, as well as the clothes, hairstyles, and the music of a moment that remains the true pleasure of the return to a movie like this.

Absolutely, and this is why the acquisition of Nightmares for ReclaimVideo is in some ways symbolic of the project, and what it means. It’s no coincidence that the few remaining video stores around the US are becoming non-profits and converting to lending libraries. These spaces represent liminal zones of commerce and cultural value for many, including myself, who saw these independent establishments as spaces of wonder and possibility. Many of them, before the advent of Blockbuster, were defined by knowledgeable proprietors that actually knew something about cinema. And these same folks were often ambassadors of the new, deeply exciting technology that was VCR (many of these early stores rented them before they became ubiquitous in homes). And then, of course, the colorfully cluttered walls filled with rectangular boxes containing countless stories yet to be heard—granted we would soon learn they were unevenly crafted tales. ReclaimVideo is in many ways the next metaphorical evolution of Reclaim Hosting, re-creating the moment when “video kills the radio star” a time that opens up a brave new pop-cultural currency from everything from videos stores to cable television to music videos to arcades—all buttressed by a looming sense of unchecked consumption and nuclear apocalypse. Why do this?  Well, because it promises to be a bit of much needed fun, and sometimes that is reason enough.