On the Lufthansa flight from Frankfurt to Dulles almost two weeks ago I found myself in one of the tighter, more uncomfortable seats I’ve had on an airplane in a long while. Anything resembling sleep was out of the question, and it was way too tight to work on my laptop, so I really only had one choice: watch movies for seven hours! I’m not complaining. That said, the selection on Lufthansa was weak (much like the flight experience), so I decided to work my way through the Rocky series given I hadn’t watched the first three for decades. I was prompted by the fact I saw Creed recently, but unlike Martin Weller and too many others I was entirely unimpressed—though I do love Martin’s new film blog! 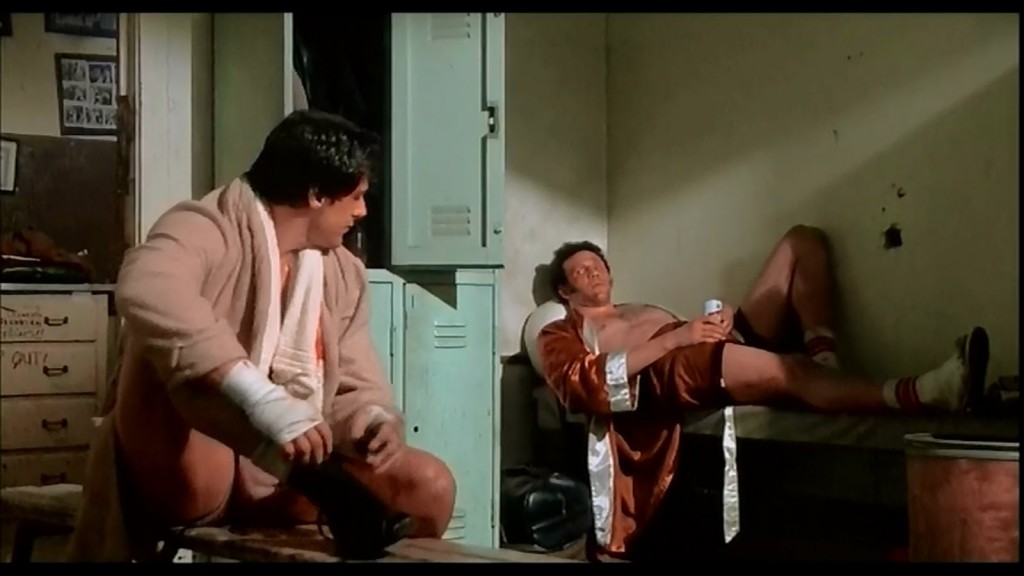 The first 28 minutes of the original 1976 Rocky blew my mind. I wasn’t prepared for how gritty, slow, and lofi European it all seemed. Everything from the opening scene featuring the skid row boxing match between Rocky and Spider Rico up and until (but not including) the moment Rocky lectures a young neighborhood girl on self respect could easily be mistaken for a classic of the French New Wave. It was a wild experience, I was like what the hell, why has Rocky talking to his fish in that abject apartment for 15 minutes now? 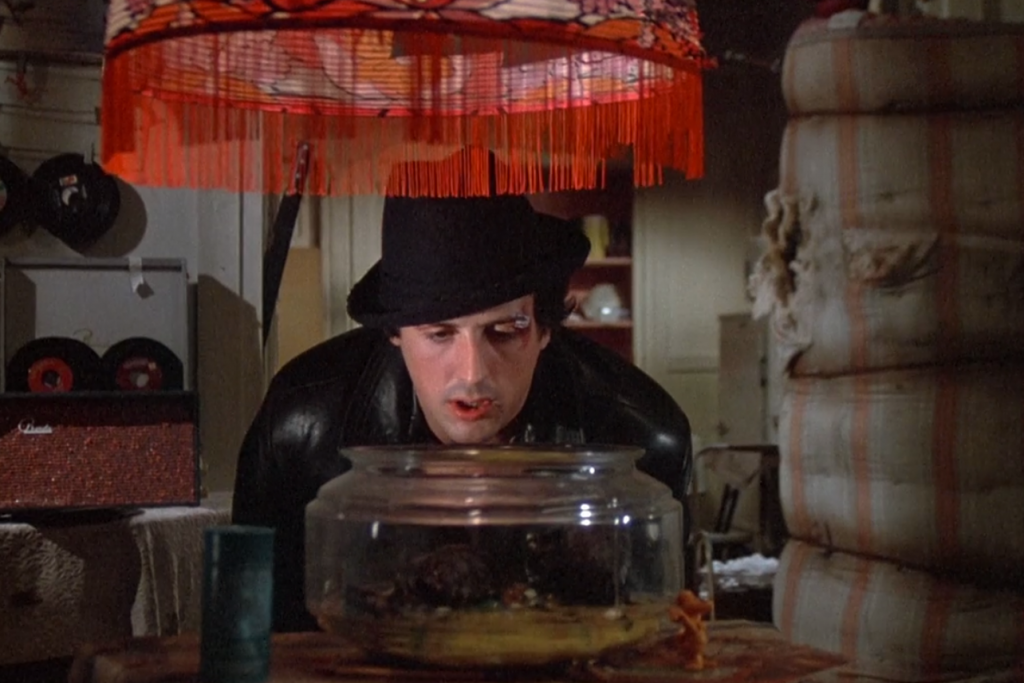 And the scenes where Rocky is working on the mean streets of Philadelphia as muscle for the loan shark Anthony Gazzo (played by the late, great Joe Spinell). The grit of inner city America captured on film during the 1970s is wild, and while not necessarily specific to Rocky, there is a sense of this film truly being of another era forty years later. 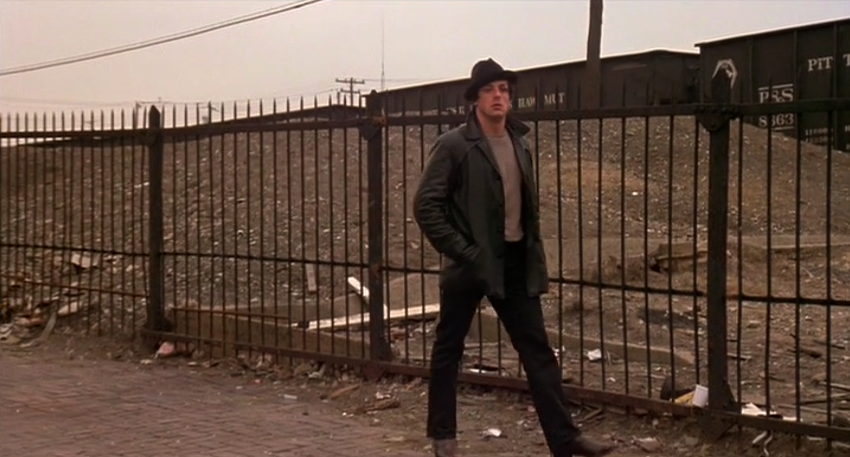 There’s one scene where Gazzo actually pulls out his inhaler while talking to Rocky, what a brilliant, small character detail that made me wonder if I wasn’t watching a Kitchen Sink drama from Britain during the 60s. The fascination with the street life, Rocky as an actual character, and the grit of urban America makes the first 30 minutes of this film truly riveting. 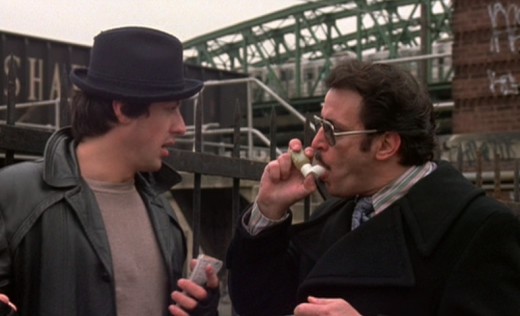 The next 60 minutes are what everyone else remembers, and by no means terrible compared to Rocky II (1979) and Rocky III (1982) —neither of which is worthy of mention in the same sentence as the original.  The idea of being given a shot, the fact that this loser can become a somebody, etc. I think what struck me most about the second half was how Rocky only had 5 weeks to train for the fight! And how awesome Apollo Creed looked dressed up as George Washington and Uncle Sam. 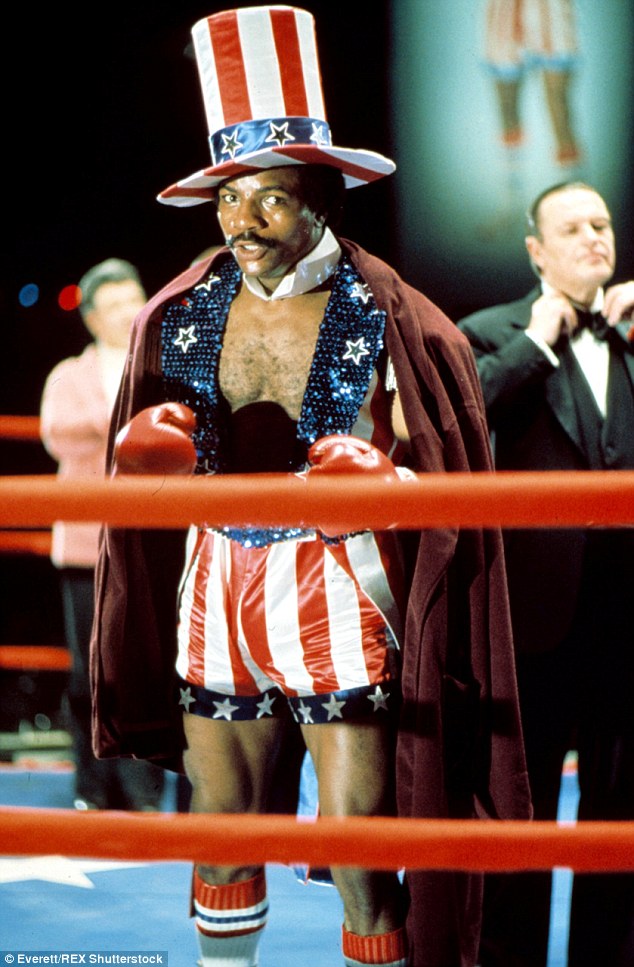 In fact, I feel a connection with Carl Weathers given we both went to Long Beach City College (as did John Fante). And while he went on to the NFL and then Hollywood fame and fortune, and I became a lowly blogger and edtech, we have a fairly similar physique 🙂 And while I am particular to the first 30 minutes of the movie, Apollo Creed as World Champion and savvy businessman who gets carried away with his own PR genius makes him an equally fascinating character. Apollo provides the tension that holds the second half together, born on by the simple fact he can’t see that he’s running headlong into an epic underdog upset. Fact is, 40 years later, Rocky was even better for me than it was in 1976. Unfortunately, the sequels and follow-ups seem that much worse.

This entry was posted in movies and tagged movies, Rocky. Bookmark the permalink.