I have been playing around with a few things recently prompted by some requests in Reclaim’s Community forums as well as a ticket or two. Tim already documented his process getting the open source scholarly publishing tool Manifold up and running in Reclaim Cloud,  but when we got a question regarding issues during the Docker container setup I decided to jump in given I wanted to give it a spin. Turns out the documentation we had needed to be updated given the developer of Manifold, the great Zack Davis, was updating the code base and we needed to pull the latest version, which he supplied me within seconds of my Github issues post—amazing! 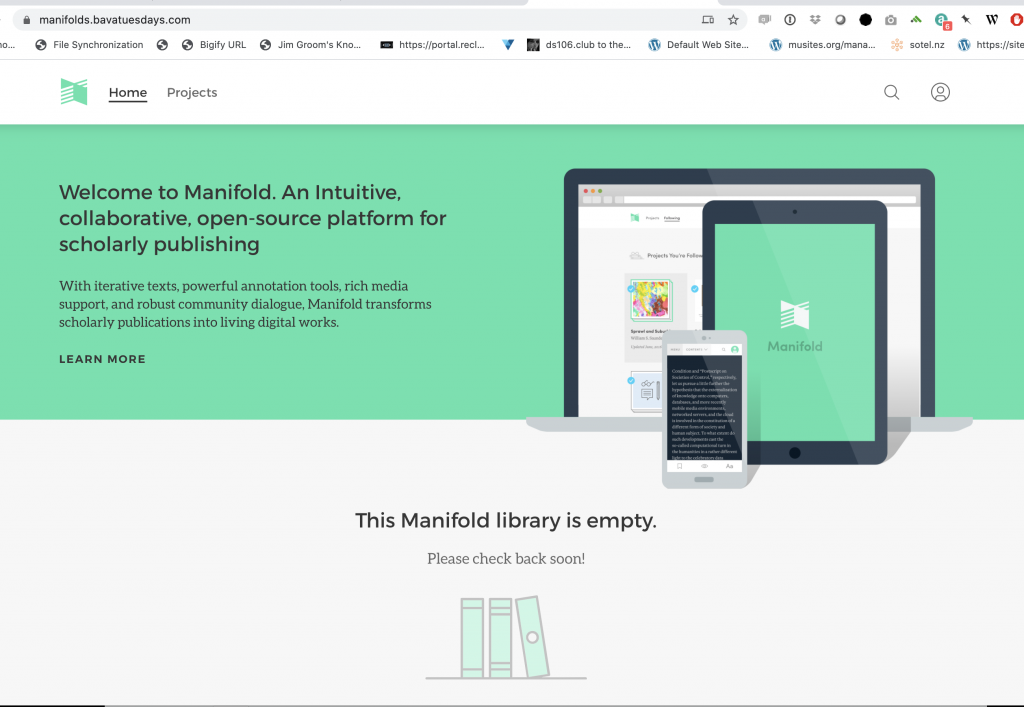 So, the Docker instance of Manifold works a treat, and I am running a fresh test instance, featured above, to prove it. I dig Manifold, it is quite slick. After doing this install it was pretty apparent a one-click installer would be dead simple. I have to talk with Tim about that (he helped me with Azuracast, so I may go back to that well), but that would be a welcome addition to the Reclaim Cloud marketplace. 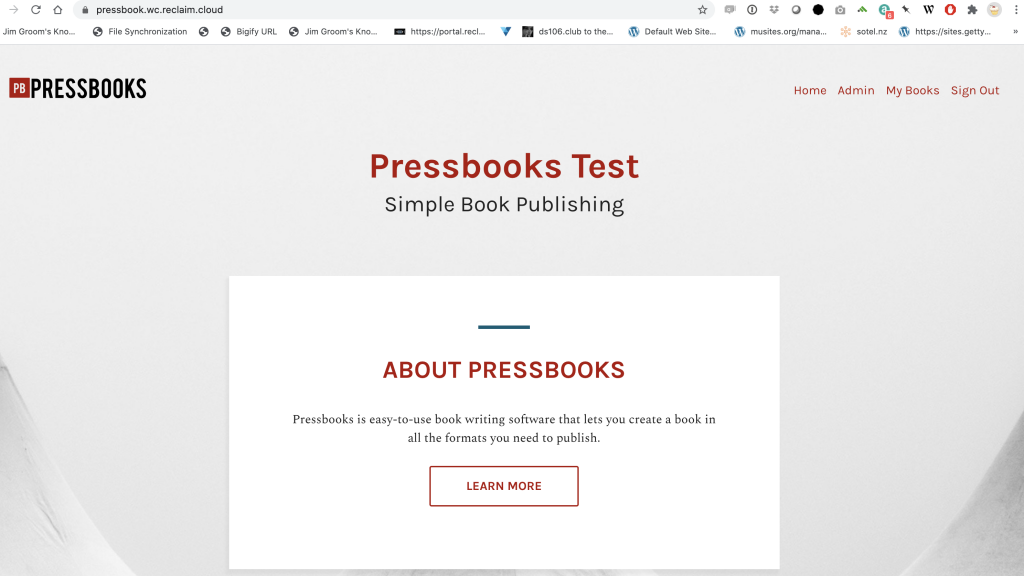 The other application I started playing with was a fresh Pressbooks instance on Reclaim Cloud. There is no Docker instance of Pressbooks available, which is a bummer, but we have a WordPress one-click installer that has WordPress Multisite as an option, so I used that and then went about installing the main Pressbooks plugin, uploading the book themes and moving a few files around, per the Pressbooks installation instructions. It  was another dead simple install (despite the lack of a Docker file), and a sure-fire candidate for a one-click installer on the Cloud. What’s more, given it’s a virtualized server environment it can be setup to have the required server-level dependencies for PDF conversions, ePubs, etc. installed by default, something we cannot do on our shared hosting servers. I think this is another lay-up for us, adding these scholarly publishing tools to Reclaim Cloud’s one-click installer marketplace is just another brick in the Cloud 🙂

It felt good to be playing in the Cloud again after a bit of a hiatus given things with the move, general Reclaim busyness, and the holidays converged to make any play-time a scarcity. I’d like to get these to one-click installers out sometime this month, as well as another for PeerTube, which i have been using a lot recently and still love it. So, here to more Reclaim Cloud in 2021!

This entry was posted in reclaim, Reclaim Cloud and tagged manifold, Pressbooks, relciamcloud. Bookmark the permalink.

9 Responses to Running Pressbooks and Manifold in Reclaim Cloud