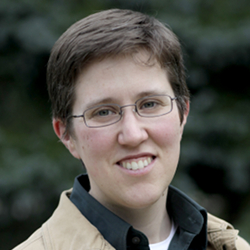 It is my distinct pleasure and honor to announce that UMW has officially hired Ryan Brazell as UMW’s newest Instructional Technology Specialist for the Humanities. He will be starting at the University in July, and we are unbelievably excited about the prospect of brining in such a uniquely qualified candidate to further bolster the awesome that is DTLT. Ryan has had extensive experience in instructional technology over the last eight years at both Oberlin College and the University of California, San Francisco. What’s more, he’s experimented wildly with applications like WordPress—a platform we love at DTLT—for creating portfolios (something that’ll be key for the Domain of One’s Own project we’re unleashing camus-wide in Fall). I am glad Ryan seems excited about the prospect because he’s going to have some of the best faculty in the country to partner with to frame a whole new vision for what ed tech means to the liberal arts.

And while I could go on for years about why Ryan is perfect for this position, let me focus on one thing in particular that really excites me about the prospect of working alongside Ryan: the humanity he brings to this postion. A vision of people as the essence of what it is we “augment” through our experimentation with technology. This is the vision we hope to cultivate at DTLT as a group specifically, and what UMW wants to cultivate more broadly. It’s at the heart of a small, residential liberal arts experience. The following quote is by Ryan on the Oberlin ethos (he’s a proud Yeoman!), which is currently adorning that College’s brilliant new homepage, makes the point far better than I ever could:

It’s about refusing to put ANYONE into a box, regardless of what they may appear to be on the surface. It’s about treating others with dignity, and kindness, and respect, regardless of whether you agree with or even understand another’s point of view.

Yeah, I can dig that, though no one can ever accuse me of it 😉 I guess I have to finally pay that damn finders fee to Barbara Sawhill for bringing Ryan to Faculty Academy back in 2008 after all! DTLT is approaching warp speed right now, people, hold on tight, things just got that much better when Ryan agreed to come to come work for DTLT and unleash his genius on UMW!

This entry was posted in dtlt and tagged dtlt, Ryan Brazell. Bookmark the permalink.