September Cinema: This Month at the Packard

This month’s programming for the Library of Congress, Packard Campus Theater is particularly strong this month so I figured I would blog the original page on their site, what’s more I marked it up with links to all relevant Wikipedia articles and movie posters where available. Now, if I were the Packard Campus I would work out a way to be sure you could pull all relevant links and movie posters from a public site like Wikipedia automatically as a first referent for their readers. I did it here, and a half-way decent programmer could actually automate the links and visuals. The pages have no links, and if there is an issue with the Wikipedia page, have a reference resource of your own that you build with each month’s program. The work the Library of Congress, Packard Campus is doing with their programming is amazing, starting to figure out that the web is their best friend for promoting what they are doing, and it just might be the thing that builds their theater space into a cultural epicenter.

Oskar Werner and Julie Christie star in this futuristic drama based on the science-fiction novel by Ray Bradbury. François Truffaut directed the story about a fireman who begins to question his duty to destroy all books.

German director Wim Wenders’ atmospheric story of a man who tries to put his life back together after being lost for four years won the Palme d’Or at the 1984 Cannes Film Festival. Harry Dean Stanton, Nastassja Kinski and Dean Stockwell star in the film. Ry Cooder composed the musical score.

The original high-school musical is back in a sing-along version with animated subtitles. John Travolta, Olivia Newton-John and Stockard Channing star in this rocking musical-romance directed by Randal Kleiser.

Matthew Broderick portrays Colonel Robert Gould Shaw, commanding officer of the 54th Massachusetts Volunteer Infantry, the first formal unit of the U.S. Army to be made up entirely of African-American men. Denzel Washington won an Academy Award for Best Supporting Actor in this Civil War drama, which was directed by Edward Zwick. Glory is R-rated.

The evening features a sampling of the film series “Cruel and Unusual Comedy: Social Commentary in the American Slapstick Film,” which has been presented annually at the Museum of Modern Art (MoMA) in New York City since 2009. Curated by Steve Massa and Ben Model, the program will include Mack Sennett’s “Their First Execution” (1913), starring Ford Sterling; legendary vaudeville comedian Bert Williams in “A Natural Born Gambler” (1916); and “Goodnight Nurse” (1929), directed by and starring British comedian Lupino Lane. The silent comedy shorts, courtesy of MoMA, will have live musical accompaniment by Ben Model.

Erich von Stroheim directed and stars in this silent drama about a roguish Viennese prince who agrees to marry for money and position to help his family. He then falls in love with a beautiful but poor girl. Ben Model will provide live musical accompaniment for this 2003 selection to the National Film Registry.

Claudette Colbert stars as a penniless chorus girl stranded in Paris who masquerades as a Hungarian countess to help a millionaire break up his wife’s affair with another man. Mitchell Leisen directed this sparkling romantic comedy that also features Don Ameche, John Barrymore and Mary Astor.

George Cukor directed Cary Grant and Katharine Hepburn in this romantic-comedy classic about a rebellious young heiress who finds a kindred spirit in her stodgy sister’s freethinking fiancé.

This surrealist psychological drama is famous for its enigmatic narrative structure where it is difficult to distinguish between truth and fiction. Produced in French with English subtitles, the film was directed by Alain Resnais and stars Giorgio Albertazzi and Delphine Seyrig. 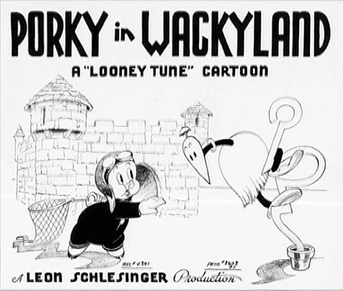 This entry was posted in Movie Lists, movies. Bookmark the permalink.

2 Responses to September Cinema: This Month at the Packard