Watched Terminator (1984) tonight and love that Kyle Reese and the Terminator first open fire on one another is a kind of punk/new wave bar call Tech Noir (according to the Wikipedia article it’s the inspiration for an entire genre of noir). 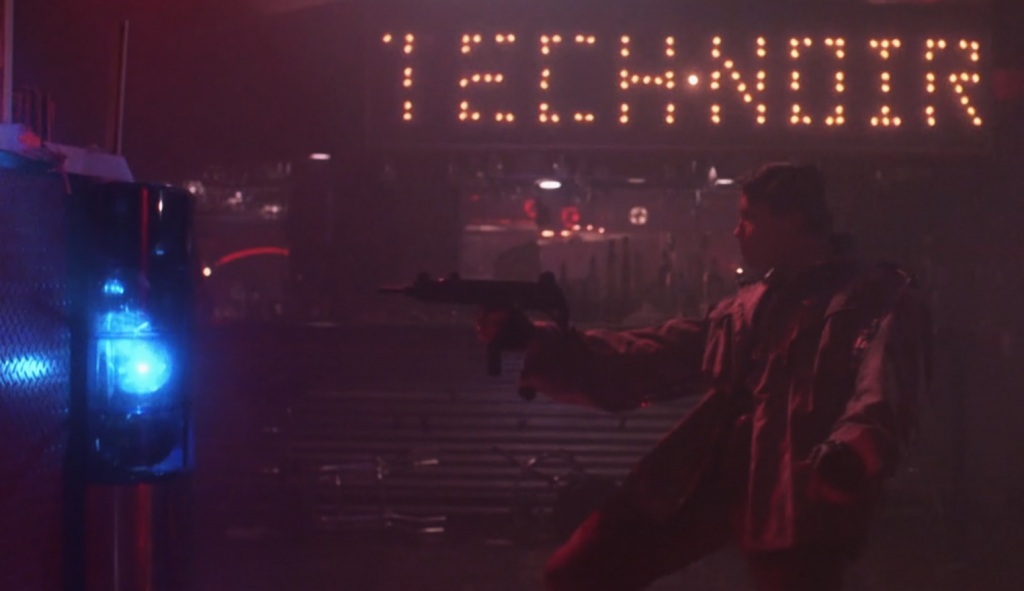 The Wikipedia article is underdeveloped, and it would be a great thematic focus for a course on culture during the 1980s. A push to develop the concept of tech and noir during a decade that brought us everything from the C64 to cyberpunk to Max Headroom. How can we understand the emergence and convergence of  techology, literature, film, and theory in the 1980s? The idea of a course focused specifically on the material culture of a decade is one GNA Garcia and I kicked around last year, and I still would really like to do it.

It strikes me just how much the aesthetics of punk and new wave are both fundamental and caricatured in Terminator. From the very beginning of the film the Terminator steals his clothes from a pack of punks (one of them being a young Bill Paxton) and Kyle Reese lifts a mod trench coat, paint-stained pants, and hightop Nikes that bizarrely dresses each of them up in the decade. The style of the 1980s was truly futuristic, just ask Devo, Flock of Seagulls, and Grace Jones. Now we all know James Cameron has tremendous debts to pay to Blade Runner and Escape from New York, but that’s why it would be such and interesting class to teach 🙂 There is a lot of interesting popular culture around a vision of a techno-dystopia in a very little bit of time. 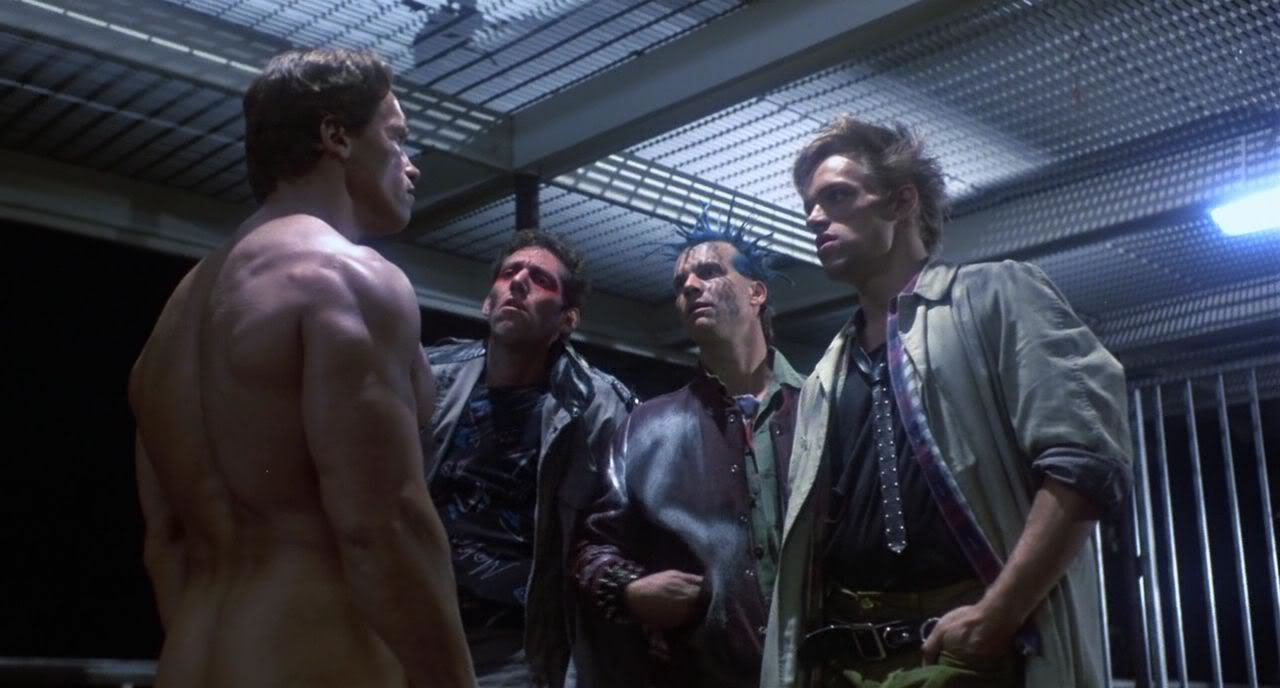 The Terminator and a Pack of Punks (can you find Bill Paxton?) 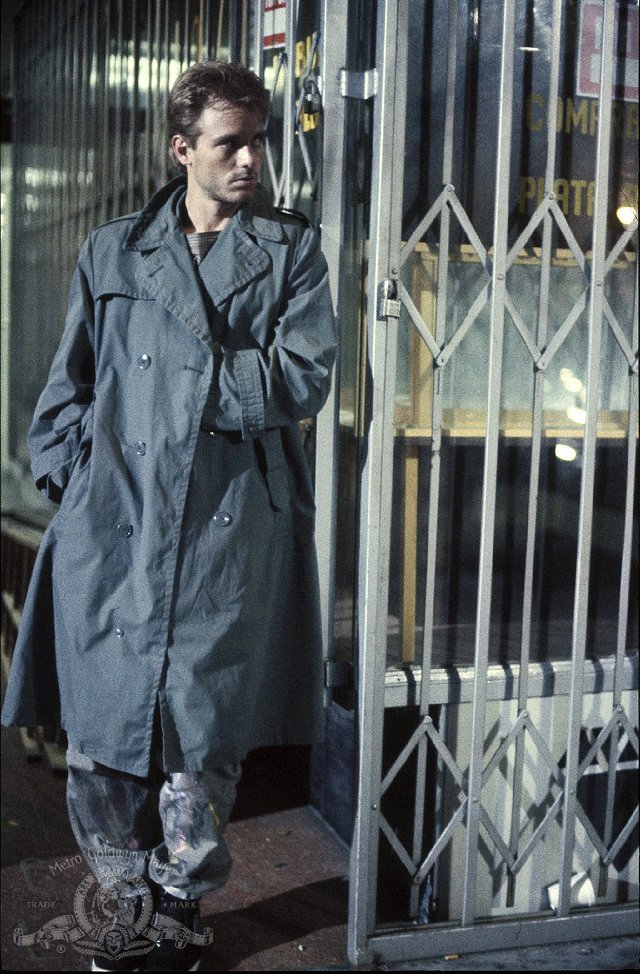