Here’s the tale of the tape: 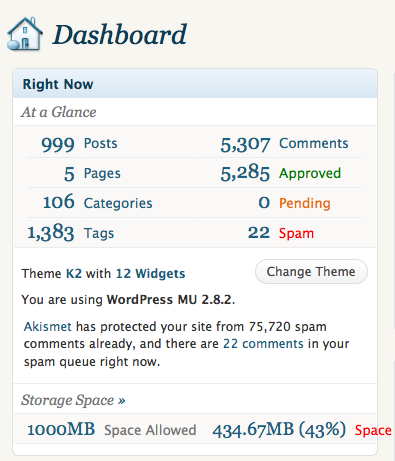 That little snapshot with numbers, percentages, and figures can’t begin to suggest how both liberating and tormenting this space has been for me. Not sure I have 1,000 more in me, but there is no question that this archive of the last three and a half years of my ongoing stream of consciousness excites the collector in me. And it’s uneven development and lack of focus is it’s very reason for being, a b-blog through and through. Here’s to you bava, you’re the only one that truly understands me.

This entry was posted in Uncategorized and tagged bava. Bookmark the permalink.