The Internet Course on LSD 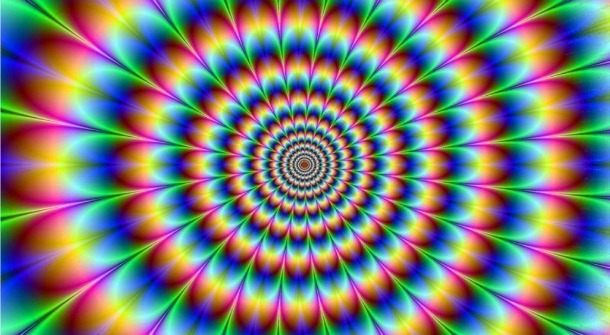 Last Wednesday while the Internet Course was sharing where we’re at with the timeline, one of UMW’s fine art professors, Carole Garmon, dropped by class and asked if she could stay. Why not? While we were talking about internet related events during the 1980s, I mentioned that while we listed cyberpunk, we didn’t have much about the hippie cyber movement often associated with the Whole Earth ‘Lectronic Link, a.k.a. the WELL. The WELL is associated with the birth of online communities, as well as the greatest Terms of Service ever. While we were exploring this topic Carole Garmon jumped in noting she had a copy of the Whole Earth Catalog in her office upstairs. She ran up and brought down the May 1974 (Updated) Last Whole Earth Catalog by Stewart Brand. It was wild to think this over-sized catalog for back-to-nature hippie communalists would become the basis for virtual communities. 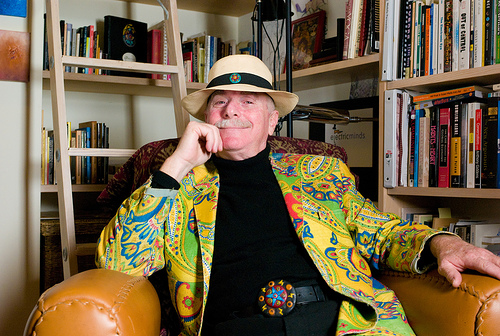 On the other hand, when you hear Howard Rheingold talk about it, it’s not strange at all. I’ve been working alongside Howard for the last four or five months to design an open, online course about teaching, “connected courses” (more on that in a forthcoming post). I came into closer contact with Howard thanks to ds106, and we really hit it off. After this nudge from Mike Caulfield (who spends too much time in my comments 🙂 ), I asked Howard if he wouldn’t mind dropping into The Internet Course virtually and talking about the WELL. As luck would have it, he said yes. YES!  The next day, Thursday, May 29th, he talked to us for 20 minutes about everything from the WELL to cypherpunk to the 60s student protests to LSD to Kevin Kelly’s Wired magazine. It was awesome, and his passion was infectious. The students were enthralled. It’s pretty magical and illuminating to hear someone share their understanding of a history they lived through. In fact, Howard was so compelling the class asked that we try and have him come back next week for social impacts, we’ll see if that’s possible, but in the mean time enjoy some vintage Howard Rheingold!

Special thanks to tic104 internaut Alex Marshall for capturing this audio recording. We tried to archive the Google hangout, but YouTube’s ban on all things Jim Groom sometimes makes that difficult.

This entry was posted in The Internet Course and tagged Howard Rheingold, tic104, Whole Earth Catalog. Bookmark the permalink.

1 Response to The Internet Course on LSD