The Many Languages of UMW Blogs 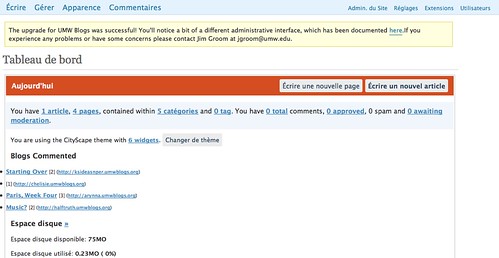 Recently I have been working with a French professor who had been playing around in Blogger, and was thinking abut using a blog in his class. I got to see some of the finer features in Blogger, and I really liked the fact that this professor could choose the default language for administrative backend and theme. So after we talked, I decided to see how easy or hard this is for WPMu given I had never tried it. Well, it’s simple to have one WPMu install support different default languages on a blog-by-blog basis. 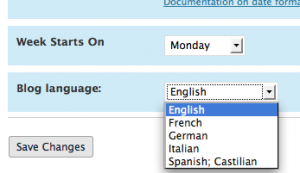 Everything should be this easy 😉 The Hery-Dev blog has a plugin that simplifies this feature by including a series of language flags in the tab logic of the backend. There are a few things I don’t like about this new plugin as it stands now:

All that said, it’s pretty cool that foreign language professors and students have the ability to choose their language as they see fit. Here are the four *.mo files I am using if you want to test drive this for WPMu 2.6.

Finally, not all themes will work with this option on the front end, but I will try and pinpoint those that do. Seems like Sadish’s CityScape does, so I imagine a number of his others themes might as well—which is a damn good start. 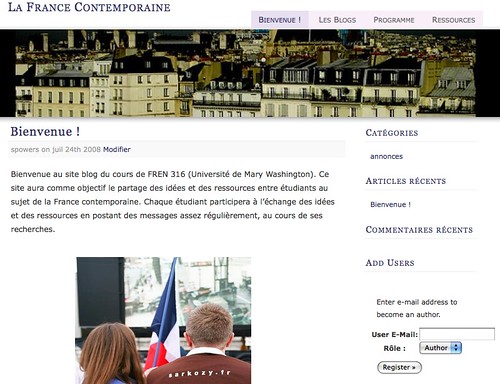 6 Responses to The Many Languages of UMW Blogs