The Midterm will be Open Web 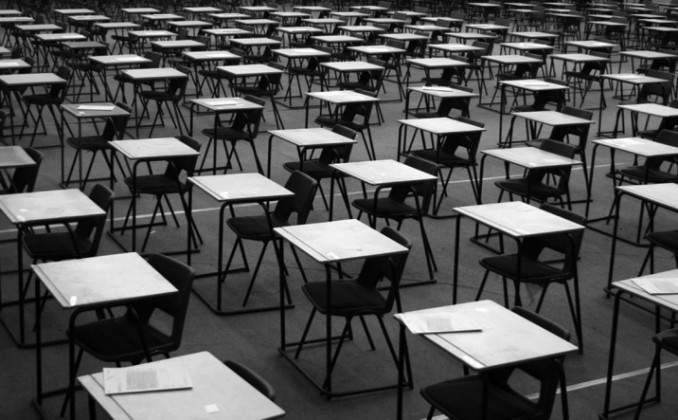 Last week the students in The Internet Course  took their midterm. What was somewhat unique about this particular test was that the students designed it. The questiosn for the test were based on the four panels discussions they ran over the first half of the semester. These panels were student-led, driven by the research they did in the first couple of weeks on specific topics such as internet history, how it works, creation/consumption, and intellectual property.

Given the students have been framing the curriculum and discussions for the class thus far, it only made sense to have them create the midterm. The result was pretty remarkable. The test is impressive, and it reminded me a bit of what happened with assignments in ds106. What’s more, the feedback students gave Paul and I on the test was interesting–almost to a student they found it both difficult and useful in forcing them to re-enagage and clarify wha we dicussed during each of the panels.

Each panel member for each of the topics was tasked with creating one question for the midterm in adding it to a Google Doc with their panel’s notes. After that, we simply transferred the questions into a Google Form- and made it live–that’s it. Despite the fact they created the test, many of them said it took them anywhere from three to four hours to finish. That’s possible because the test, rather than being a punitive measure of what they do and don’t know, became the opportunity for a guided learning experience buttressed by the open web.

Oh yeah, did I mention the midterm was open web? They were free to use the web over the course of 72 hours to answer any of the questions—none of which were multiple choice by the way. The questiosn were rigorous, student-generated, and did an excellent job of taking stock of what was covered in the first half of the semester.

Now here’s the kicker, each of the students will be grading all the answers to their particular question (or questions given a few students were on more than one panel). The answers will be anonymous, and they have the right to provide partial credit for any of the answers. Seeing how they they grade each other anonymously will be an interesting case study in and of itself.

It will be interesting to see the results of the test at the end of this week, and I am really loving some of the more intense experimentation we are doing with this course. Dr. Garcia suggested this course has been a bt quiet when it comes to an open course, and I think she’s right. Paul and I are still working through this course, and we have to get to a point of relative comfort with a brand new course before we start inviting folks. That seems to be a useful distinction between open and invitational. All the courses I’ve done over the last eight years have been open and freely available for anyone who wants to see what’s happening or use anything there.  But having the open web particpate takes another layer of imagination, design, and, more than anything, labor. And it’s that last element you really gotta gear up for. Sometimes experimentation works best on a small scale and can grow according to your comfort level.

That said, the midterm was totally open adn I even invited people to take it from the open webn, three people took me up on it. They be getting their grade this Friday.  Hey, you can take it too, why not?

This entry was posted in The Internet Course and tagged midterm, open web, tic104. Bookmark the permalink.

6 Responses to The Midterm will be Open Web