The Stump Speech for Higher Ed’s Relevance that Wasn’t 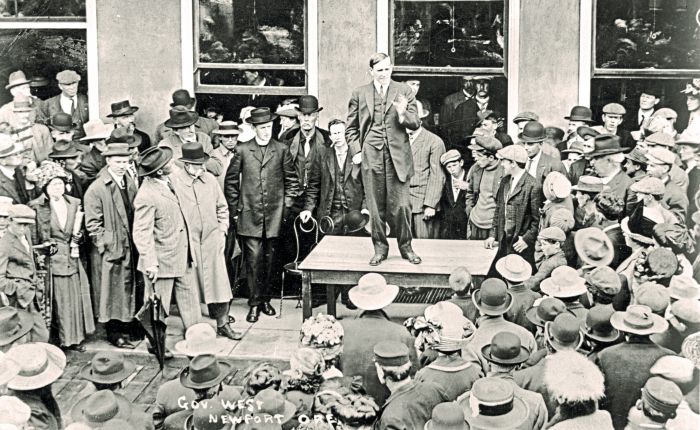 I already wrote a bit about my experience at the symposium for Framing the Future of Higher Education I attended on Friday in Austin, Texas. I was part of an opening discussion around the changing role of faculty in the future of higher education. While I am not a professor, the work I did with ds106 has suggested to many that I might be some demented, cyborgian vision of what’s to come.  I can only hope they’re wrong.

I really liked the format of the conversational featured session, and it was a pleasure responding to Sally Johnstone’s ideas. The plan was to have a quick 8-10 minute intro where we talk about our vision of the future of higher ed. As an exercise I wrote up my position, and for a minute I though I might use it. But I abandoned it at the last moment because it didn’t feel right. I ended up talking specifically about what UMW’s doing with Domain of One’s Own, and the vision of a community inspired to interrogate the digital landscape as part of a broader interdisciplinary approach to the liberal arts.

I’m including what I wrote up for the initial speech below with hopes I might come back to it and make it better (or someone out there will 🙂 ). It’s too preachy and not nuanced enough on the issues of cost, privilege, and ackowledging and exploring the wide-range of alternatives on the landscape. That said, the idea that higher ed (not vocational training and certification) at it’s heart should be a place that cultivates alternative ways of imagining the world we live in would not get cut. I truly believe it should be a place of stark critique, creative possibilities,  and boundless hope, but that’s probably why I am ever more useless going forward. My ideals and the reality couldn’t be more divergent in the aggregate. I’m trying to be honest with myself on that count, but it still hurts.

What’s the role of higher education?

This is a question we could probably dedicate a series of conferences to, and I’m well aware it’s a far broader question than we can cover in this discussion. But it’s an important anchor for my position within this discussion. I think the role of higher ed is not just to teach and certify students, but also challenge some of our most sacred cultural assumptions.

The discussion around access to an education is often limited to the political keywords of lowers costs and equal opportunity, and while they’re both crucial, there’s a third element of access associated with the university that’s eroding: access to truly alternative ways of thinking. An educated community that is given the freedom and power to critique who we are and what we do. I would argue it’s not only crucial for students to have access to these ideas, but also for our culture at large.

[Aside: a large part of this erosion is brought on by the tenured class of academics themselves–welcoming in a wave of adjunct labor to work for a fraction of the cost that often enabled less teaching and more freedom, but without any mind to the longterm implications of this reality. ]

We’ve become increasingly polarized as a nation when it comes to politics (#theteaparty), religion (#hobbylobby), and wealth (#occupy), and there’s little question anymore, at least legally, that corporations are increasingly the people we aspire to be. But for me, and I can only speak for myself in this, education provided a space for us to move beyond these extremes. A space to cultivate a more nuanced, historicized understanding of the ideas that shape who we are as a society. A meta-level of cognition to begin to think about how we think, a space to commune with people who have spent a lifetime thinking about thinking.

Now don’t get me wrong, I’m not suggesting this is the only model for learning or becoming accredited or qualified, but rather a moment wherein we are all encouraged  to dig deeply and critically into who we are, a historical context for the moment we exist in, and an interrogation of the prejudices and promises of our cultural moment. That requires both agency and academic freedom. It requires funding and protections. It requires time for both faculty and students. And, ultimately, it requires an investment in higher education as a perceived need for the health of our culture. Given the tale of state funding for higher education across the US over the last thirty years, one could easily argue that has not been a percieved need by anyone in power for a long while.

That said, one of the reasons we are here today is to talk about the fact that skyrocketing college costs aren’t necessarily equated with better quality—and better compensated—faculty. According to the article in The Atlantic, “The Ever Shrinking role of Tenured College Professors,” since 1975 the number of full-time tenured and tenure-track professors have gone from roughly 45 percent of all teaching staff to less than a quarter. What’s more, the reverse is true for adjunct faculty. The number of part-time faculty has gone from less than 25% of all faculty in 1975 to more than 40% in 2011.

That’s the story, and one of my roles in this is to imagine how ed-tech can honor the mission of access to alternative ideas while at the same time navigate the shark-laden waters of the politics of defunding higher education. It’s a tricky game, especially for an ed-tech like me from a public liberal arts college in Virginia who palys a professor on TV. That said, I am not without ideas….and hopefully I’ll hit on a few of them during our discussion today.

This entry was posted in presentations and tagged highered, preachy, Speech. Bookmark the permalink.