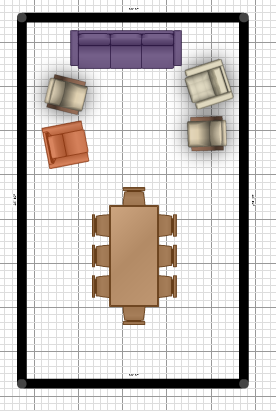 At the start of the True Crime seminar this evening the entire class got into a laughing fit. I’ve actually never had anything like this happen before (though there was fist fight in a class I taught at CUNY back in 1997), just about everyone in the room was giddy. In fact, it quickly became contagious. For a few minutes the group couldn’t stop laughing, which was nothing short of awesome. I was just as giddy as most of them so I don’t remember how it happened exactly, but I think it had something to do with “the girdle.”

“What do I mean by ‘girdle’?” you ask. Well, the semianr meets in the DTLT offices—the layout of which is mapped in the diagram to the right. There’s a long conference table that seats about eight, and a series of chairs and couches in a horshoe where the other six or seven students sit. In passing I referred to this part of the class as “the girdle” which was a reference to “The Condition of the Working Class in England”  by Friedrich Engels. There’s a part of that essay where Engels refers to the ways in which you can map the layout of industrial cities in England, such as Manchester, based on class:

All Manchester proper, all Salford and Hulme, a great part of Pendleton and Chorlton, two-thirds of Ardwick, and single stretches of Cheetham Hill and Broughton are all unmixed working-people’s quarters, stretching like a girdle, averaging a mile and a half in breadth, around the commercial district. Outside, beyond this girdle, lives the upper and middle bourgeoisie, the middle bourgeoisie in regularly laid out streets in the vicinity of the working quarters. [Link.]

I used this off-the-cuff reference during the first week because it was hard to see those students sitting on the couch and in the chairs. They seemed like the invisible working class of those industrial cities, so I started referring to them as the girdle, invisibly surround the inner city.  The nickname is one I used for the first few weeks to refer to this part of the room, but as of now it has become the source of  identity for the class. Up and until now the students that sit in the girdle has been in flux. This is mainly because each week a group of three students lead the discussion from the conference table, so there can be no one girdle. That said, as of tonight—based on the laughing fit I can’t remember the exact origins of—the girdle understands itself as a distinct group from the conference table inhabitants. There is a self-proclaimed “Queen of the Girdle” and when Girdlers want to say something they raise there hand and say “girdle has something to say,” or just “girdle.”

I love this! A laughing fit to start the class, an emerging identity anchored in the spaces where we learn, and a sense of community that can only happen through a sense of fun and irreverence. I find it interesting that the identity of this course is emerging through classroom space, which I don’t think was the case with the #emoboilers (the students in the Hardboiled course last Fall). Their identity was more linked to the emo tweets of a few students.

All this said, I’m also wondering if tonight was such an awesome class because one of the students was wearing a variation of the Three Moon Wolf shirt. The cosmic powers of that shirt are well known to many. I can’t say for sure, but there is one thing I am certain of: this True Crime group has been a total blast thus far—and I couldn’t be happier with how the semianr has gone thus far. And I haven;t even mentioned the content yet. So much of a course is embedded in the relations between those within it. 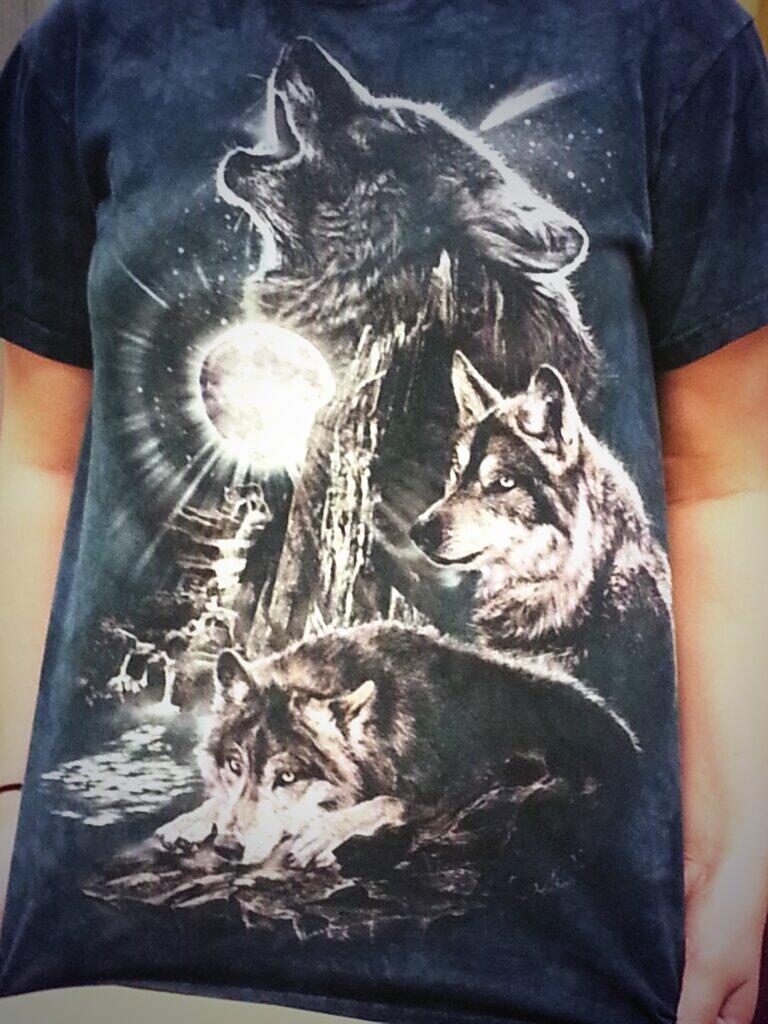 This entry was posted in True Crime and tagged the girdle, truecrime, truegirdlers. Bookmark the permalink.

1 Response to The True Crime Girdlers