As this last day or two might suggest, I have finally started to settle in after a few weeks of travel. It’s not only been busy on the Reclaim Hosting front, per usual, but the intensity around Reclaim Arcade is ramping up. That project deserves its own blog post and then some, but suffice to say we are just two months away from our projected opening date, and what little hair I have left is currently endangered 🙂 It also takes me longer and longer to re-enter after a long stint away. My manic depression is particularly unstable when I find myself away from home for extended periods of time, so I have to pay more attention to that reality given it is one of the few hiccups I’ve consistently run into in an otherwise peaceful and balanced season of my life. But once I get back on the blog I know things are starting to settle down a bit, which makes me happy. Also, extended weekend getaways to Alto Adige for hiking and snowboarding never hurts my outlook on things either.

Hopped over a valley to Val Gardena for some winter fun

But I digress. I’ve been trying to actually write about my experience at the OE Global conference in Milan this past November, which was awesome for catching-up with friends old and new. I always relish the time I get to spend listening to Tom Woodward talk about the work he’s doing, and the site he created to share the tiny teaching tools he cranks out for VCU for his workshop is an absolute goldmine that I should have shared much sooner. 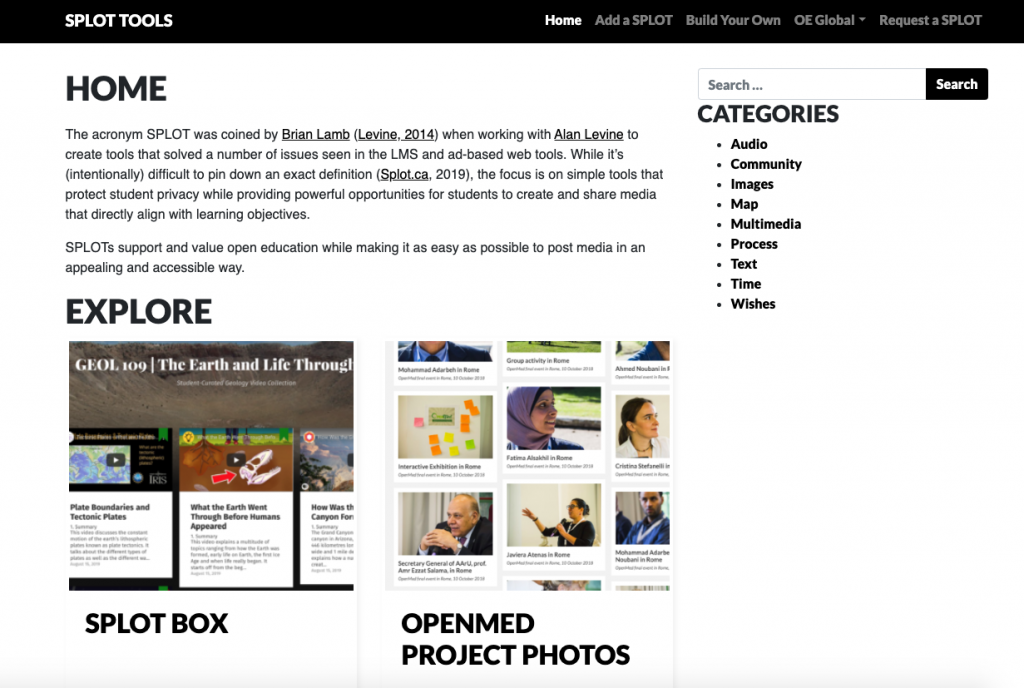 Alas, world enough and time, but this post is testament it’s never too late. It was also awesome to catch up with my Swedish connection Jörg Pareigis who co-presented with Tom, it’s like we were back in Karlstadt having fika! Another highlight was sitting in on a session alongside Tom, Anne-Marie Scott, and Terry Greene listening to Jim Luke talk about the commons—it is a compelling framework for trying to make sense of open presently. But something I have been coming back to again and again is something Brian Lamb said while we were jumping from bar to bar trying to figure out a way to get one more last call before last call. Brian is always good at making me chew on things for a while, and during our far-ranging discussion about edtech (because whenever we are together we spend some fun time kicking the tires on that lemon) the idea of mentorship came up. In particular, and I am paraphrasing from an unreliable memory here, the question around whether or not folks of a certain age are doing the work of mentoring a new generation of edtechs.

It’s always hard for me to think of myself as “of certain age” (to quote Antonella) but I know, in retrospect, how crucial folks like D’Arcy Norman, Brian Lamb, Martha Burtis, Andy Rush, Zach Davis, Mikhail Gershovich, Luke Waltzer, Jerry Slezak, Gardner Campbell, Jon Udell, Alan Levine, Mike Caulfield, Tom Woodward and Matt Gold to name just a few have been while I was getting my feet in edtech. All those folks were crucial in their own way in helping me get a better sense of the field and what was (and was not) important. I remember arrogantly poking fun at blogging to Matt Gold in 2004, only to be an avid blogger myself in 2005. Or in 2004 when Zach Davis told me to read Stephen Downes’s blog if I wanted to get a sense of the field in order to get hired as an Instructional Technology Fellow at CUNY. Zach and Luke also got me up and running with my first WordPress site for a faculty member in 2004/2005 at Hunter College. Then there was Mikhail who helped me figure out photoshop and video compression as we played the role of blogfathers in early 2005. Or how D’Arcy Norman showed me how to blog about WordPress through his blogging about Drupal. Or the way in which Martha modeled working with faculty and truly theorizing the value of a toolbox like cPanel for edtech. Or when Brian himself linked to a post I wrote on the Abject during the early days of the bava which helped me realize the field was not simply limited to a physical office on a campus in Virginia. Woodward was simply up for anything remotely fun and that was awesome. Or when Gardner said just about anything. I could do this all day because, in fact, I enjoy doing it because the folks who got me excited about the possibilities of edtech changed my life, and I really love them for that.

So, the question that Brian asked at a bar in Milan has stuck with me. What am I doing to get the next generation of edtechs equally excited about the field—warts and all. I think ds106 was good moment for that given I think I was briefly a mentor to Tim, but he quickly outshined me in every element of the job so I had to, in turn, become his mentee so I could learn how Domain of One’s Own might actually be created. It’s only gotten worse since then 🙂 But, I want to believe that Tim and I have tried to play this role with the folks at Reclaim Hosting, but before Brian raised the question I am not sure I was all that intentional about it. My logic being I have so many real and readily apparent faults that playing the role of mentor to anyone would be a fraud. I still believe this, but I also think it’s time to be more intentional with not only my learning but also my sharing and championing of folks coming up in the field. I can only play the hits for so long, right Brian? 🙂 So anyway, this month will try and be a return to form of featuring and championing some of the folks that have inspired me, in particular Lauren and Meredith at Reclaim Hosting, and even before that as students at UMW—they have ruled for near on 7 or 8 years in and out of the classroom. And more recently Lauren Heywood’s unbelievable awesome work with Coventry Learn—it has been a big inspiration for our own rethinking of DoOO at Reclaim Hosting, and I can’t thank her enough for being so generous with her work!

So, anyway, thanks Brian for continuing to push me to get over myself and look at the bigger picture, how can edtech be all bad if it brought you into my life you crazy bastard?! Don’t answer that anyone!

This entry was posted in reclaim, Reclaim Learning and tagged lots of love, mentorship, reclaim, reclaim learning. Bookmark the permalink.

8 Responses to Thinking about Mentorship