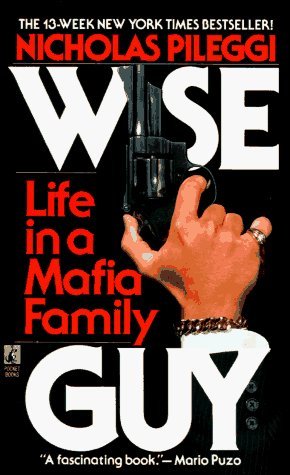 I’m reading through Nicholas Pileggi’s 1986 non-fiction account of Henry Hill’s life Wiseguy, the basis for Martin Scorsese’s 1990 classic Goodfellas. We’ll be talking about Goodfellas in the True Crime seminar next week, and I wanted to finally read the book that inspired the film. What I love about the film (and now the book) is how it chronciles the changing nature of the mob from the 1950s through the 1980s. When I first saw it as an undergraduate in Los Angeles in 1990, Goodfellas struck me as that more than a story about gangsters. It’s a tale about the changing nature of our crime-obsessed culture over the 30 year span of the characters’ lives: their relationships, their neighborhoods, their jobs, their clothes, their everything. It’s a cultural document that at once compells and repulses the viewer—the spiral of a lifestyle that becomes as all consuming as the ethos of the 1980s it ultimately chokes on!

Anyway, it’s remarkable how much the film follows Pileggi’s narrative arc as told by Henry Hill. Something the book adds that’s a bit harder to incorporate into the film is the broader historical context of organized crime in the neighborhood of Browsnville—East New York where Henry Hill came of age.

Brownsville-East New York was the kind of neighborhood that cheered successful mobsters the way West Point cheered victorious generals. It has been the birthplace of Murder Incorporated Midnight Rose’s candy store on the corner of Livonia and Saratoga avenues, where Murder Inc.’s hitmen used to wait for their assignments, was considered a historic landmark during Henry’s youth. Johnny Torrio and Al Capone grew up there before going west and taking their machine guns with them.

The long history of organized crime in this area of Brooklyn is fascinating, and doubly so when you start running into all the characters you’re watching develop during the 1920s in the HBO series Boardwalk Empire. It’s interesting how much this area in Brooklyn was not only run by Italians (as mentioned in the passage with reference to Torrio and Capone), but by a number Jewish  crime bosses as well. Gangsters like Meyer Lansky, Louis Buchalter, Bugsy Siegel, and Martin Goldstein, just to name a few,  were part of the high profile Jewish Mafia that built Murder Inc. Ironically, this is a group often underrepresented in the pop culture vision of organized  crime during the 1970s and 80s. The website Yidfellas: the Kosher Nostra is an excellent overview of the hostory of the Jewish mob who, like their Italian counterparts, played a key role in architecting the modern day model for organized crime in the U.S.

Anyway, the above passage lead me to Google maps because I want to start exploring this area of Brownsville-East New York. When I lived in Brooklyn I often traveled back and forth between Fort Green and Long Beach, Long Island. My route took me through East New York on a regular basis. Many of the streets Pileggi talks about in the book (Pitkin Avenue, Pennsylvania Avenue, Saratoga and Livonia Avenues) are names I am familiar with from those trips. What’s more, I grew up on the other side of JFK Airport (which was called Idelwild Airport during the 1960s) and all these people and places are familiar. Don’t get me wrong, I didn’t know any of these gangsters, but my father was born and raised in Cedarhurst and would tell stories of seeing local legends like Jimmy “the Gent” Burke in the local bars. This world was attached to the one I grew up in, not the same, but definitely close enough to see and hear of it regularly in the built environment.

And this built environment is only a click away on Google Maps. Below is a street view of the Murder Incorporated headquarters on the corner of Livonia and Saratoga Avenues. The spot seems almost unchanged, which is reminiscent of these NY Daily News “Then and Now” crimes scenes in NYC. Crazy thing about places like NYC is you are constantly passing locations with centuries of rich history, but the palce moves so fast there is often nothing to commemorate any of them.

So that led me to the questions, has Google Maps actually captured majors crimes in action? The answer is yes, all kinds. But two cases that caught my eye when searching on Google, two possible grisly murders captured by Google’s satellite. The first was the capturing of a murder crime scene near train tracks in Northern California: 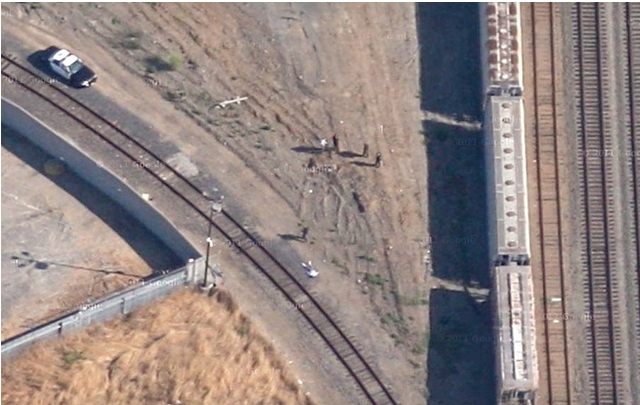 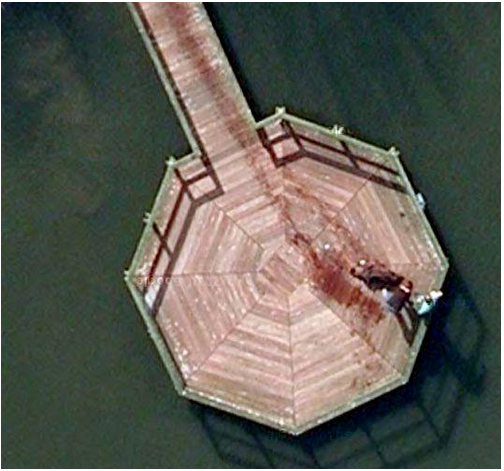 Murder on a Jetti in Amsterdam?

The other satellite image that is pretty disturbing is a bird’s-eye view of a jetty in an Amsterdam-area park that people suggest is a evidence of a body being dragged from the water. Take a look at these images: 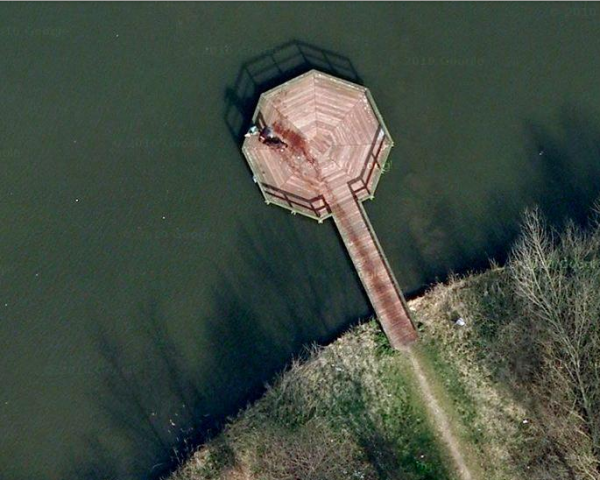 Murder on a Jetti in Amsterdam?

Now there have been a wide range of theories on this, one positing that the figure on the ground is a dog that is trailing water on the jetty. Another, obviously, is that a bloody body was dragged from the water. Crazy, even if it isn;t true, the image alone is enough to scare you.

In the searching I also found the New York Times has mapped every murder in New York City from 2003 through 2011. There is also a Google Map that traces the locations where the bodies of the 30 children killed by the Atlanta Child Murderer where discovered. Macabre stuff, I know, but True Crime is all about scaring the hell out of all of us! Take heed!