We are into week 3 of our Reclaim Edtech flex course “Understanding Containers,” and I have to say Taylor Jadin is doing a bang-up job taking folks through the basics. Yesterday was the premiere of week 3’s video that covers using load balancers, mapping domains, installing SSL certificates, and more. In week 2 we went through installing Nextcloud and it all started in week 1 with a broader framework for understanding containers as well as getting familiar with Reclaim Cloud. Taylor’s pacing has been excellent, and his weekly videos are accompanied by a weekly blog post with all necessary resources as well as a to-do list. The way he has set it up has a very ds106 weekly assignment vibe, and I am loving it.* I’m also loving Taylor’s Container Glossary, which provides a nice guide for understanding the basic terminology and concepts undergirding containers.

So, this week I sat down to catch up on my Nextcloud work, so what follows are mostly notes for me, but if they come in useful all the better. I used Taylor’s basic docker-compose.yml file to spin up a very basic Nextcloud instance within a Docker Engine node on Reclaim Cloud. 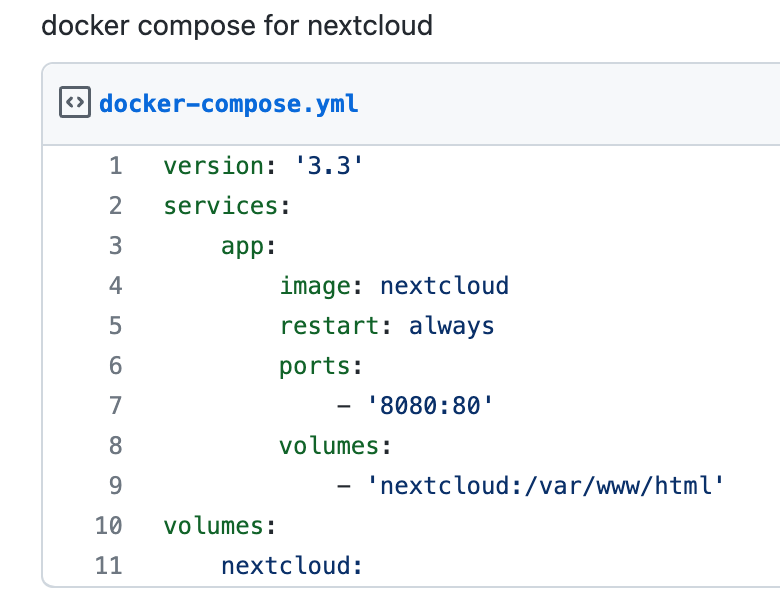 You would copy this docker-compose.yml file into a directory like ~/nextcloud/ and be sure to change the port from 8080:80 to 80:80. Then run the following command:

At that point you’ll have a basic SQLite driven instance of Nextcloud on the default Reclaim Cloud domain, something like nextcloud.uk.reclaim.cloud. I also wanted to get a separate instance running MariaDB spun-up given that works well for larger setups and syncs with various devices more seamlessly. To do this you can either spin up a new Docker Engine node in a separate environment (which is what I did for testing purposes), or just replace the contents of the existing docker-compose.yml with the directives for creating a Nextcloud instance that uses MariaDB.

To do this you need to completely remove the existing containers from the original instance using the following command:

The -v is import  in the above command because it not only spins down containers, but entirely removes them. From there I go back into ~/nextcloud and edit the docker-compose.yml file replacing what’s there with these details (be sure to create your own passwords): 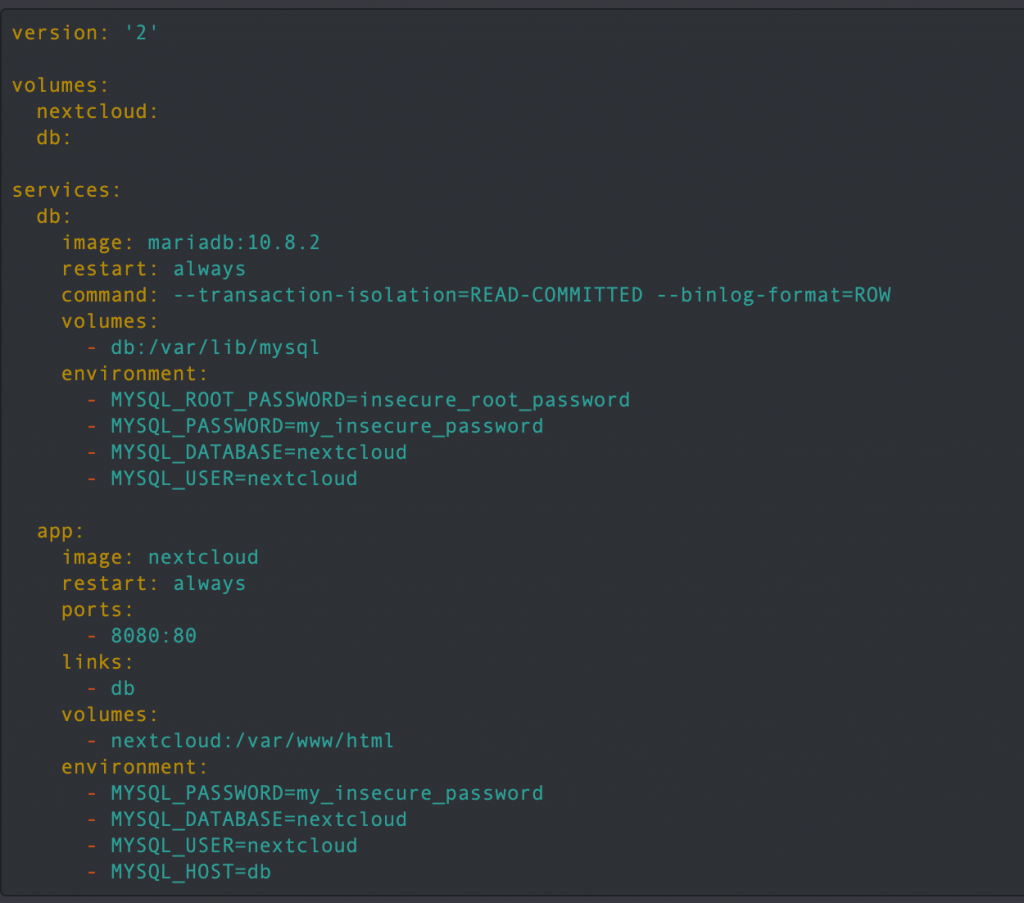 This is the docker-compose.yml file for a MariaDB Nextcloud setup

Once you update the docker-compose.yml file with the new details and passwords, being sure, once again, to change the port from 8080:80 to 80:80. Save the file and run the following command to spin it up:

After that you should have Nextcloud running on a MariaDB instance. Go to the reclaim.cloud URL and setup the account. 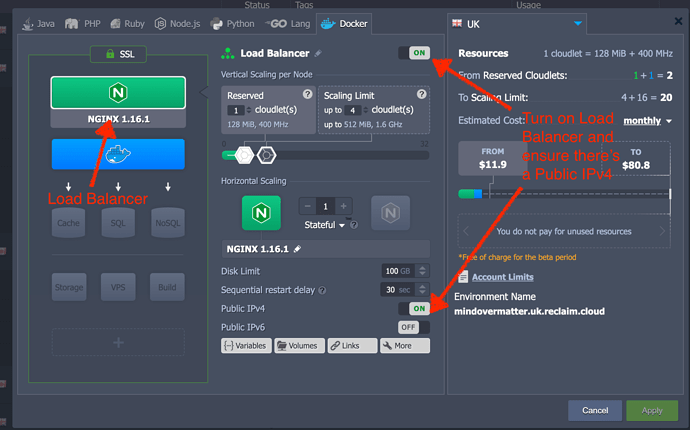 There are 3 more things to do: 1) add a Let’s Encrypt Certificate using the Load Balancer addon and specifying the mapped domain; 2) redirect to  SSL using Nginx, which Taylor blogged; and 3) ensuring your mapped domain is recognized by NextCloud by editing the /var/lib/docker/volumes/nextcloud_nextcloud/_data/config/config.php file to include the custom mapped domain like shown on line 25 below:

config.php file that needs to be edited to include the domain name, this was for my SQLite instance

Ok, that’s my Nextcloud progress thus far and I understand there may be some gaps in the notes above, so feel free to ask any clarifying questions in the comments.

*Most of us at Reclaim are struggling with not sharing these immediately after they are produced given they are currently part of our subscription model for Reclaim Edtech, but whether or not that continues to make sense as a model remains a question.

1 Response to Understanding Containers through Nextcloud