No, that is not the number of posts on the bava, but rather the average number of steps I need for each of the next 44 days to get to the coveted average of 10,000 every damned day in 2017. This was a challenge I set for myself in February of 2017 with the idea of getting to what Antonella calls the mere “baseline” of daily exercise. It took a long while and it is still within my reach this late in the year, so it would be pretty cool to accomplish it. I was on track through October, but the last two weeks in the US killed my daily average. It was hard for me to get out and walk besides my time in NYC, which was the only place I had anything resembling the daily average I rack up here in Italy just going about my normal routine. 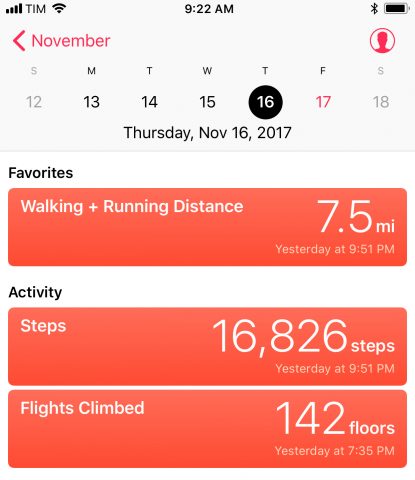 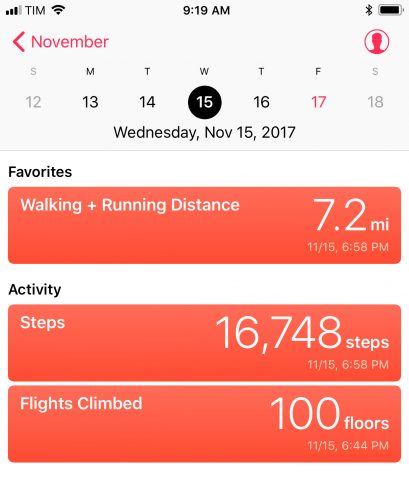 After just two days back in Trento I walked as much as I did in my first week back in the States. It felt good, and the views don’t suck. Plus, it is the flights climbed that makes me question Antonella’s idea that 10,000 is baseline in this vertical world. 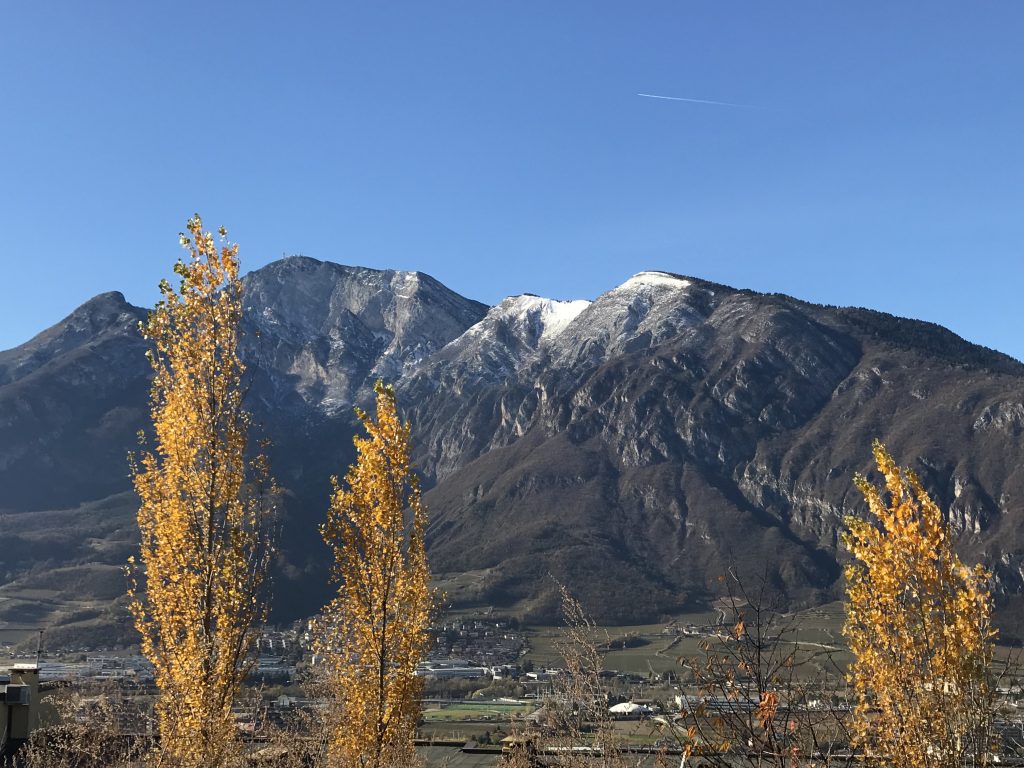 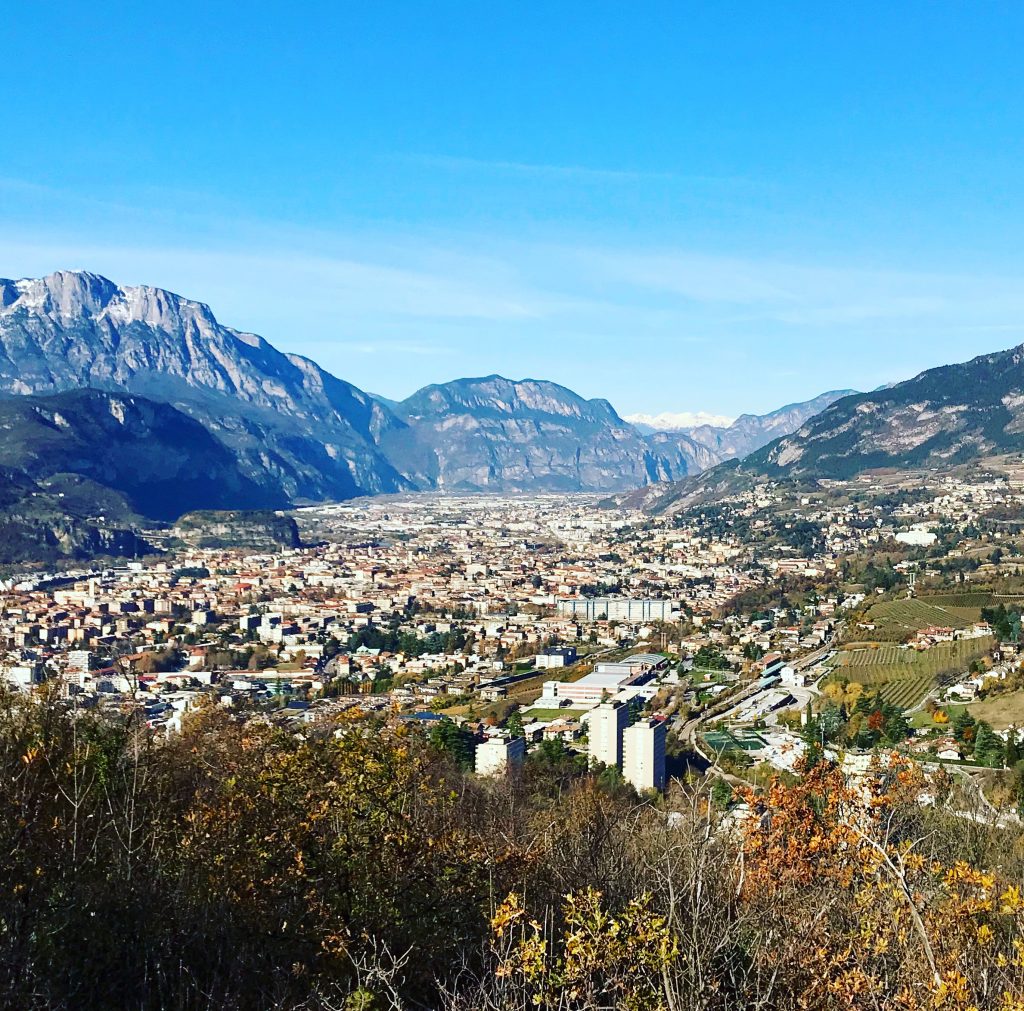 And yes, I know I have been reduced to blogging about steps on bavatuesdays, but way I figure it could be a lot worse—I could be talking about American politics.

This entry was posted in Uncategorized and tagged Hiking, reclaimitaly. Bookmark the permalink.