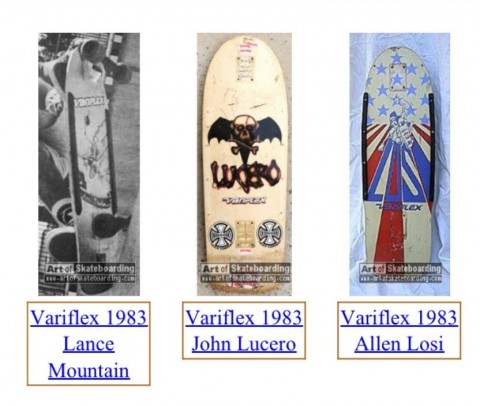 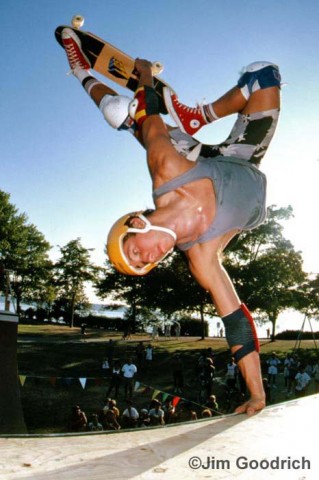 My first skatedboard was the 1983 Variflex Allen Losi deck, featured above alongside Lance Mountain’s and John Lucero’s decks.  I was a huge fan of Losi (I was also a fan of Mountain, but who wasn’t a fan of Lance Mountain?) in the early 80s, and the video below of Losi at the Del Mar Skate Ranch in 1985 is a good indicator of his style. I would imagine by today’s standards some of his fluid, handplant-rich style might be consider quotidian. He was a grinder, his sets were full of backside bonelesses, lap-overs, fakies, 50-50s, and interspersed with blasts of air. And why some of these tricks might seem unremarkable given how insane the sport has gotten, for my brother and I they were awesome. We revered lesser known skaters from the 80s like Neil Blender, Lester Kasai, and Jeff Phillips. The joy of wathcing them was not necessaily the precision of their tricks, but a sense of style and fluidity that made it all seem real and human. As much as I love Tony Hawk, I mean he is the best vert skater the sport has ever seen, and he’s nothing short of a trick machine. At the same time, his mechanics were less than exciting in that you knew he was going to make it, his precision left little to the imagination. Awesome, but not all that human. Skating was a subculture in the early 80s, premised on illicit halfpipes, hijacking backyward pools, punk rock, and transgressive spirit that made the celebration of precision somewhat hard to reconcile.