The 90s are a weird decade for me. I was in my twenties just about the entire time almost evenly split between Los Angeles and NYC, or undergraduate and graduate school. When I look back, it’s not in anger, but not necessarily in full blown nostalgia either. It’s more like, Oasis? Really? This exhibit could be a thinly veiled attack on 90s Brit Pop if we are not careful 🙂

Aside from bad comparisons with the 1960s, we’re starting to see 1990s nostalgia ripening these days given it has become the moment when the web went worldwide. My time at UCLA’s Audio Visual Services from 1994-1997 was my education in the web, with everything from IMDB to Doom to Windows 95 to Warez sites to MAME—it was a moment for sure. And one that started a transformation that we’ve all been living within in one way or another for the last 25+ years. So, one of the ideas we had talked about when I visited Coventry University in the Spring was updating the 80s living room for the 90s. When I was on the ground this past week, the idea was still in favor and we were even at the stage of talking details. Most importantly, there is a 400 square foot space on the ground floor of the library that the library folks are happy to provide!

It’s a perfect corner nook with plenty of outlets, connectivity, natural light, and space—what’s more it’s right next to the library’s main entrance so there will be tons of foot traffic. Really couldn’t have dreamed of a better space. The initial brainstorming/dreaming session I had with the Game Changers group at Coventry’s Disruptive Media Learning Lab (DMLL) was a good indicator of things to come. The group includes Helen Keegan, Sylvester Arnab, Sam Clarke, and Luca Morini and these folks have really good energy. We immediately started by trying to pin down a focused time period, and seems like Fall 1996 to Spring 1997 (exactly 20 years ago) would work. We could focus on Windows 95, PS1, Gameboy, Virtual Boy, Sega Genesis, SNES, IOMEGA Zip drives, new fangled laser printers, etc. The movie/TV world would be interesting because we would have three formats VHS, Laserdiscs, and DVDs, and interesting moment when all are viable to some degree, I guess the same would be true of vinyl, cassettes, and CDs. We also started thinking about reproducing a full blow modem connection to the web, which led Helen to dream about reproducing a kind of alternative web of the 90s. Perhaps take the Geocities archive downloaded by those dreaded “pirate libertarians” and populate an entire local network of sites for folks to surf. That would be sick, a kind of alternative web that folks can actually surf at modem speeds. 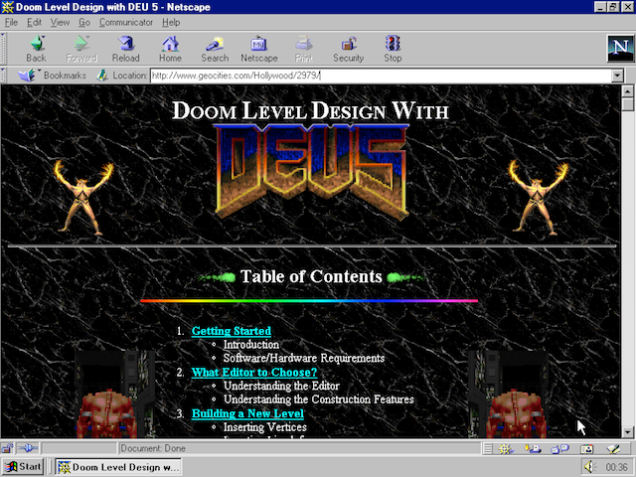 This actually led us to return to an idea raised at the earlier lunch Jonathan Shaw suggested, having various themed workshops where folks were introduced to Photoshop 4.0 or take part in an old school HTML/FTP workshop to show people how to make a website circa 1996/1997. What’s cool is we can actually run any sites created on a local apache machine using Coventry’s domain to reproduce a real-life tilde space. 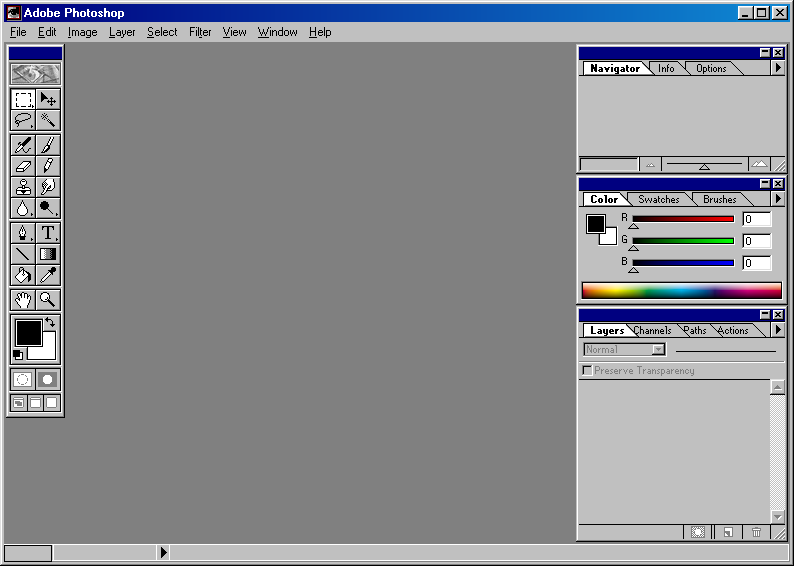 Another discovery this time around was Jane Gibbs, media librarian at Coventry who recently did an exhibit on vinyl. We immediately started chatting about all sorts of things, and she even shared the slides from her exhibit about Factory Records! Great stuff. 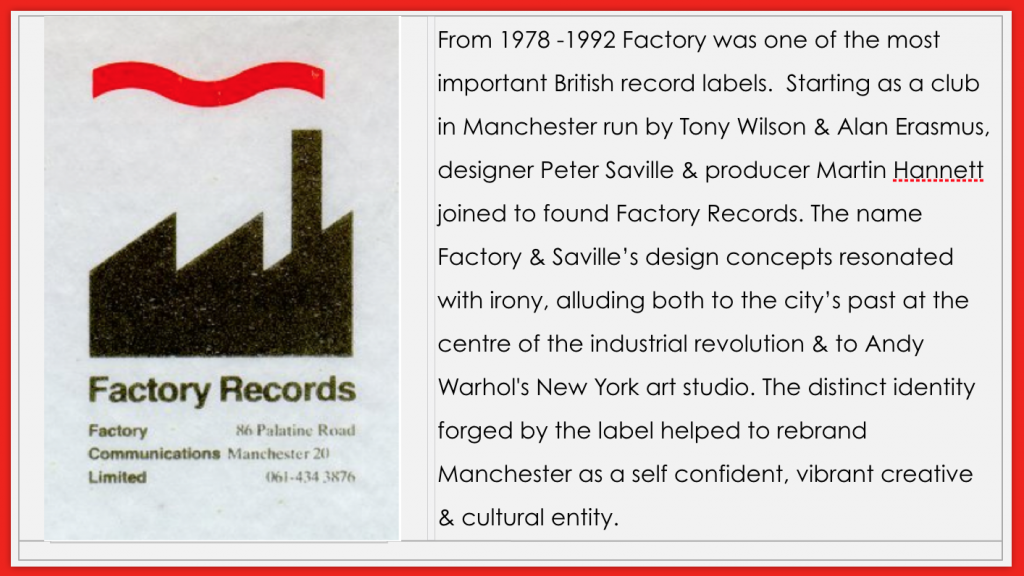 Turns out she spent much of her time at Coventry managing the video/media collection, and seems to have an encyclopedic knowledge of British TV. What’s even cooler is that in the 90s, from what I understand, Britain still predominantly had 4 TV channels, so we can program British TV across 4 channels. I wonder if there were Open University TV broadcasts? I am particularly interested in learning more about British TV, so this could be a fun part of the exhibit for me. What’s cool too, is we have a lot of people working on this exhibit, and it will build on the spirit of UMW’s Console Living Room by having everything freely available to play with and encourage the community to contribute. But even smarter than we were with the 80s exhibit, they will be capturing stories and building in era-appropriate workshops, speakers, etc.  It could truly be a “Wonderwall” of 90s nostalgia!

Another related, but independent, event that will intentionally coincide with the 90s Living Room will be an exhibit exploring the role of women in the history of video games. Jane and Luca are taking the lead on this, and it looks like the Living Room could be a refraction point for that exhibit—highlighting the mid-90s as the low-point in male-dominated shooters 🙂 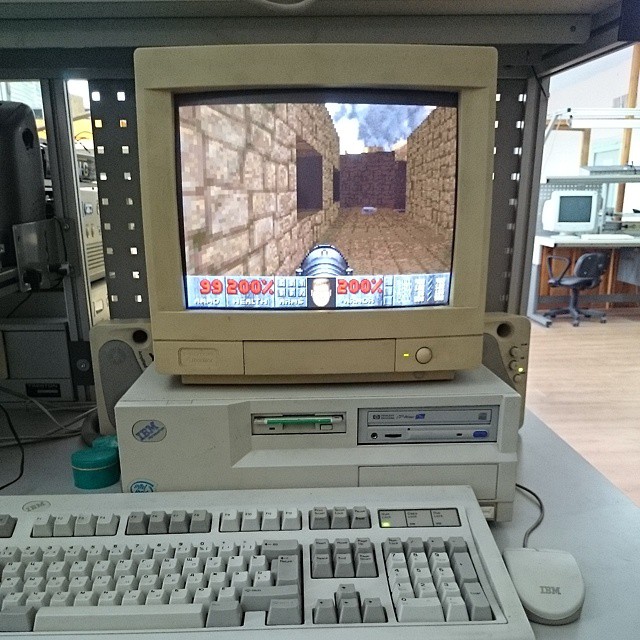 I am pretty excited to be working on another Living Room project this year with the folks at Coventry’s library and the DMLL. I can see myself gravitating towards populating a mid-90s web environment on a local network as well as exploring  programming British TV from the 90s, but the cool thing about a project like this is there is so much yet to discover and do. I guess it’s time to fire up Ebay and start hunting for some 90s paraphernalia, the added bonus being none of which should be cost prohibitive just yet because it’s just the 90s after all. Looks like I may get some usage out of the Virtual Gameboy after all! 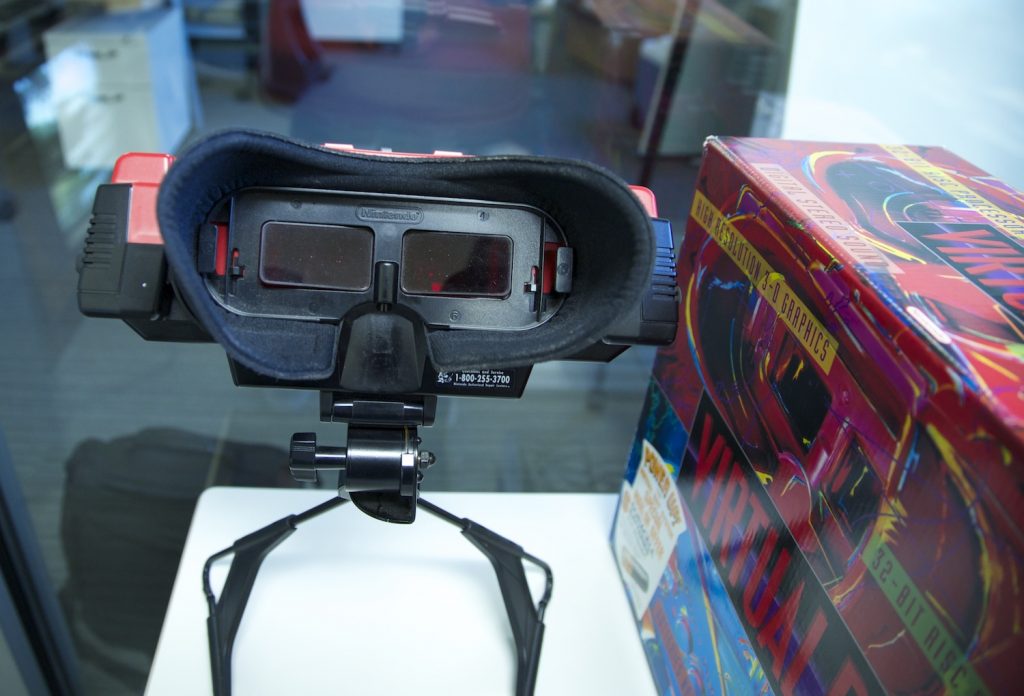 6 Responses to 1990s Britian: Don’t Look Back in Nostalgia