A Bird’s-Eye View of Gravity Forms

In 2012 (more than 10 years ago!) I wrote a post about how Cathy Derecki‘s vision for transitioning the Faculty Notes newsletter, Eagle Eye, from a bi-annual print publication to a website and weekly email. We worked on that starting in 2010, and in retrospect as I am working through Gravity Forms in earnest almost 12 years later I am realizing that this process was as good an example as I can find for streamlining a publication using WordPress. 12 years later it is still going strong! 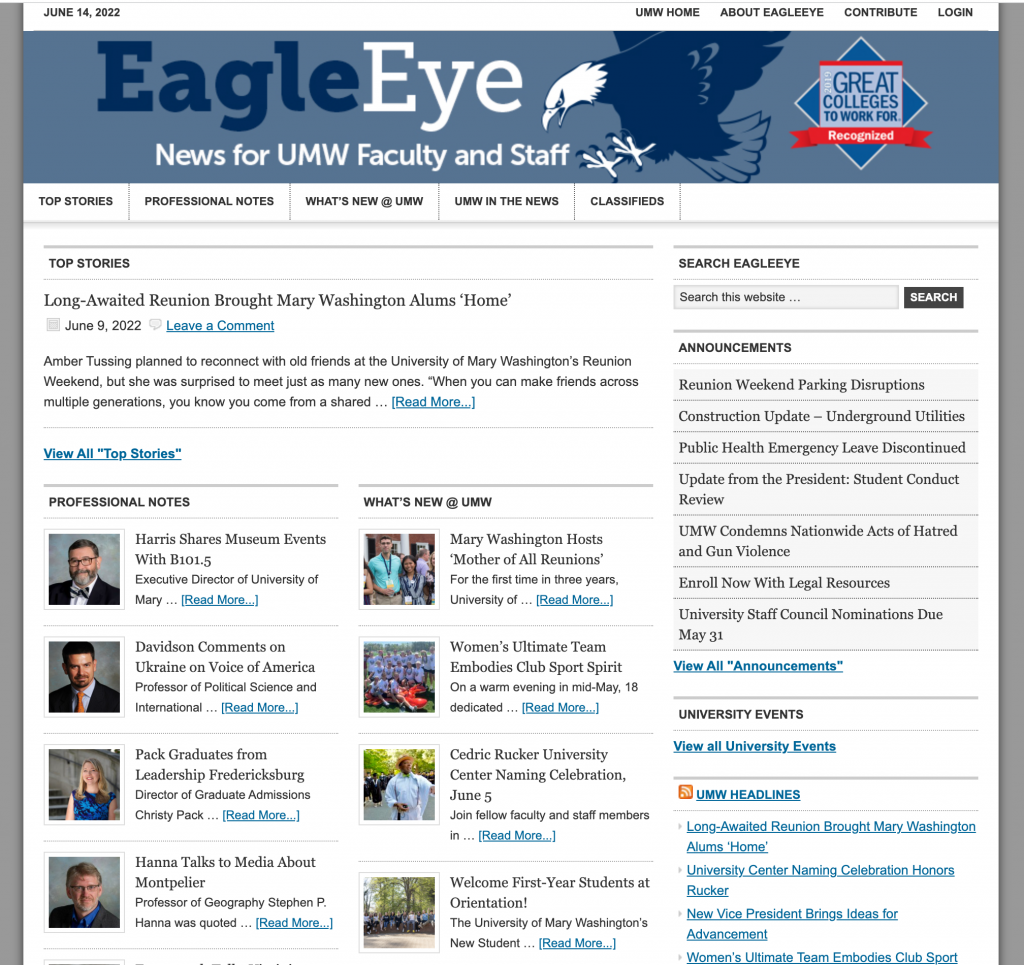 I was reminded of this now ancient experiment during last week’s live session when Ed Beck shared a project he is hoping to prototype using Gravity Forms. He plans on using this tool to move the Oneonta Bulletin from the current process of filling out a form that is then copied and pasted into WordPress and then again into an email, to simply allowing for self-service form submission for the community that can be vetted and published, while automating the regular email newsletter piece. It eliminates several steps in the process, and highlights a very simple, powerful use-case for a tool like Gravity Forms.

For me it highlights the idea that a form like this is often a step in a workflow of online publishing that can then make the process of sharing across a campus that much more efficient and seamless, while at the same time retaining control over the tools. We haven’t touched EagleEye for close to 12 years, hell I have been gone from UMW for almost 7 and Cathy even more. There may have been some tweaks that I don’t know about, but let’s face it, nothing speaks to value more than something continuing long after tenure. Kudos to Cathy for an awesome project that continues to prove its value to this day.

This entry was posted in Reclaim Edtech and tagged eagleeye, Gravity Forms, gravityforms. Bookmark the permalink.

2 Responses to A Bird’s-Eye View of Gravity Forms