Peertube 4.2.0 has been out for just over a week, and I finally got some time this morning to play around with it a bit. I have to say this is software I remain super excited about, and part of that is the upgrading to new versions is super simple. This versions has some really major features in my mind, and while video stats are nice (I have limited use for them given no one writes the Colonel anymore), it’s the web-based editing of videos and ability to automatically archive permanent live videos that have me super excited. I did a quick test this morning to test the permanent live to archive feature, and it worked! Here is the video I created as a permanent live stream that immediately archived a copy of that stream as a new video:

And it worked! What happened was that the permanent live URL for the stream automatically produced an archival copy with a unique URL. Going forward I can use rtmp://bava.tv:1935/live (and the associated stream key) in OBS  without having to change it with every new stream. To save a copy of each stream previously you had to create a  “normal live” versus a “permanent/recurring live.” But with 4.2.0 you can archive the streams using either method, which allows you to have a consistent URL to point people at with for every new stream.

Normal vs recurring streams in Peertube

The other piece here that was new to me was the ability to choose the latency mode. Peertube is designed to work as a P2P video sharing platform, but you can turn that off for streaming if you want less latency, which I realized after my test above. 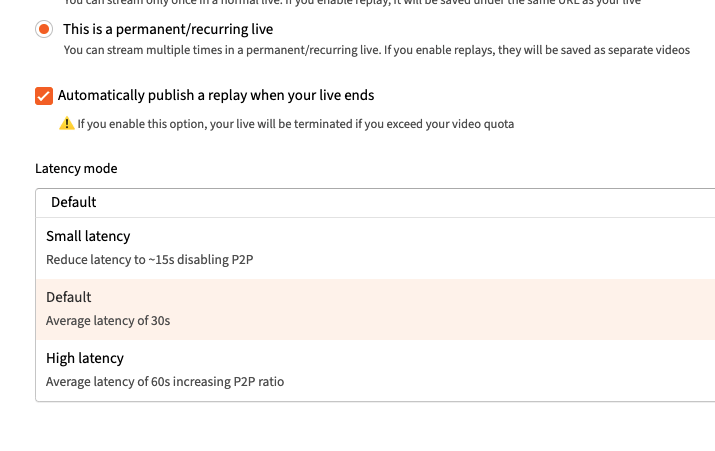 The other feature you can enable is basic video editing in the browser, which can be useful for those false starts and bad endings 🙂 I have only played with this a bit, and it is pretty rudimentary, but so is what it needs to accomplish. You can also easily add an intro, outro, and watermark from the studio web interface. 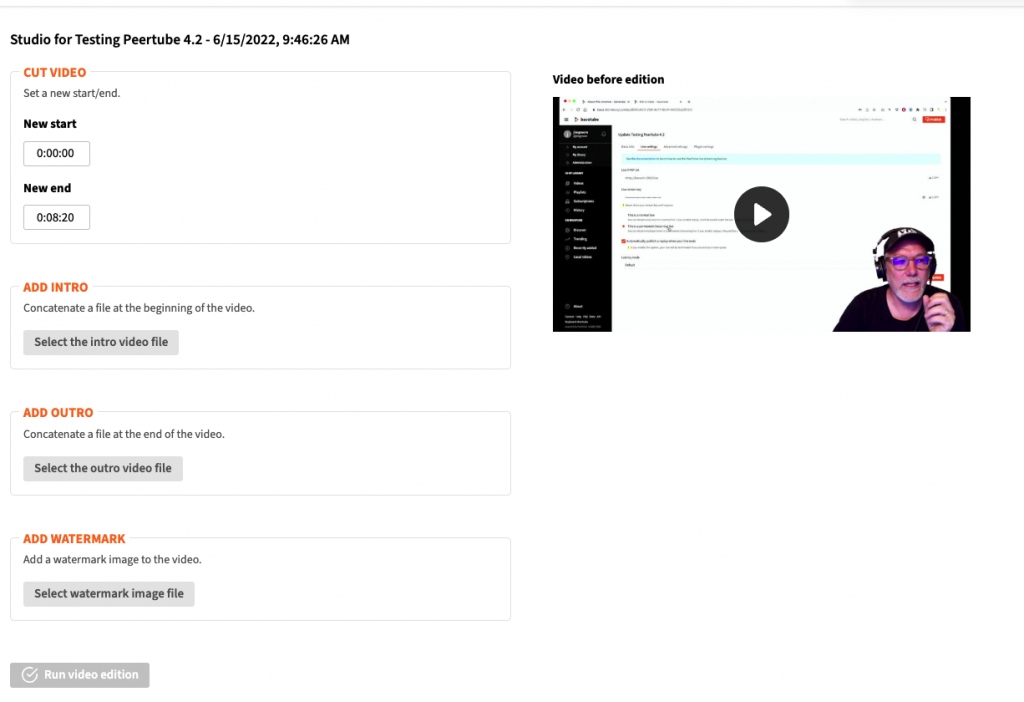 The other piece worth noting here is that the Video Studio feature was funded by the “Direction du numérique pour l’Éducation du Ministère de l’Éducation Nationale, de la Jeunesse et des Sports” (french Ministry of National Education). Specifically by the team in charge of the apps.education.fr platform, “which offers remote working tools to French employees and teachers.” Open source software for the win. And I can’t help but think of the good work the folks in British Columbia are doing with OpenETC when reading about the French education initiative to provide educators and staff powerful, open source tools to make the transition to remote work that much smoother, richer and data-empowering. 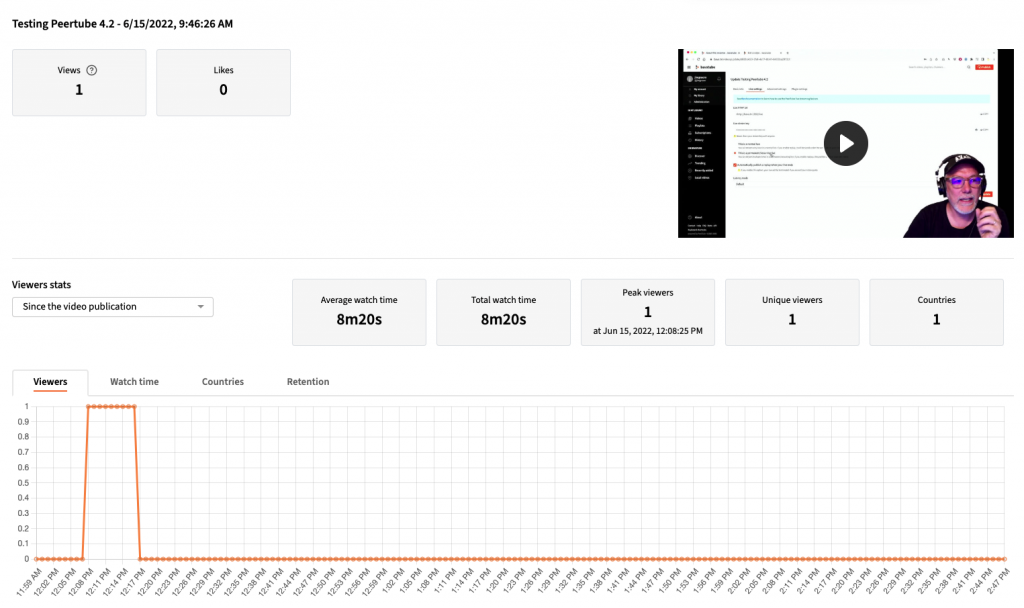 I failed to mention the video stats feature in my test video, but that is yet another cool feature of 4.2. If nothing else this release points to some robust development happening in this open source, federated video hosting software that has me super excited about the future of both bava.tv and reclaim.tv.