Last week I spent a few days in beautiful Porto, Portugal at the Technological Ecosystems for Enhancing Multiculturality (TEEM) Conference thanks to the kind invite from Graham Atwell. Since last April we had been planning a different kind of keynote: the People’s Open Education Jam (or what we affectionately refer to as POEJAM) 🙂 The idea was to collect ideas, themes, and issues from folks at the conference and remix and represent them to the audience with some guided commentary, discussion, interaction, and fun. One way at this was to collect some ideas and GIFs before and during the conference on the POEJAM site and reframe them as slides dealing with issues in open education. Another was numerous short videos wherein attendees share their ideas of open—something Graham shot, produced, and edited in record time!

Between the two we had more than enough material, and what is always striking when doing these kinds of presentations is just how diverse people’s opinions are of open and it’s various challenges—which goes a long way towards making the presentation that much more interesting. We started with some broader perspectives from various videos and GIFs people contributed featuring various perspectives on open:

The first ten slides or so helped “open up” open, so to speak. This was refreshing, at least for me, given how tightly that term has become associated with the idea of educational resources. After that part one of the organizers, Dr. Gustavo Ribeiro Alves, got up and told an inspired story about the story of the rock soup. In short, a monk comes to town and tells the community he will make the most delicious soup they ever tasted out of stones. The incredulous community was intrigued, and helped him gather all the necessities: stones(of course), a cauldron, water, wood, fire, some vegetables, and even some assorted meats, etc. In the end the soup was indeed the best, but it had nothing to do with the stones, they were the MacGuffin—the excuse to get people together to collaboratively make something. This was  the definition of open that rang truest for me, and I love it that the it didn’t come from Graham or I. Certainly what you’re shooting for in an un-keynote like this one. 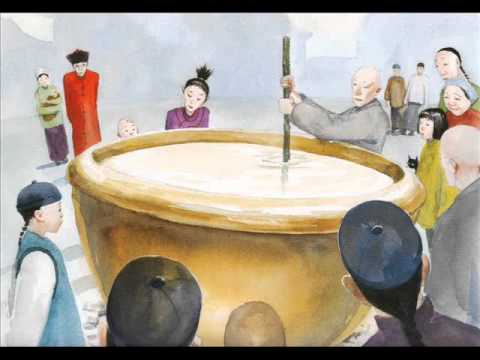 From there we tracked a number of trends in the various contributions that focused on specific themes defined open around the followed broader themes:

The shear volume of our publicly-funded OER that are no longer available at all is quite staggering. #ukoer #oer pic.twitter.com/Shtef5NQOa

This was a really fun presentation for me, reminded me of some of this insane experiments back in Non-Programistan circa 2008. I want to thank Graham and Anna for inviting me to take part in the madness, as well as beginning the long, hard work of my orientation to the European edtech world and beyond. You can see the entire presentation with GIFs, videos, and notes in the presentation online here (it’s currently in the Keynote format, which was the best medium we had for showing videos locally). I believe there is a video of the presentation somewhere, if and when I find it I’ll update this post with the presentation for some weird sense obscure posterity.

This entry was posted in open education, presentations and tagged OpenEd, presentation, teem15. Bookmark the permalink.