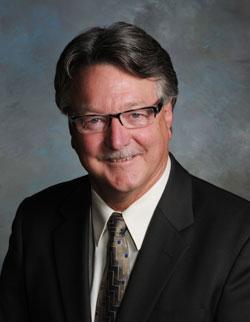 More than a week ago the President of UMW, Rick Hurley, published a piece in The Huffington Post explainging how and why UMW was “Getting Aboard the Hightech Train.” What’s crazier than anything, is why it’s taken me over a week to blog about this article! What’s wrong with me, this is an article in which UMW’s president openly acknowledges that the Division of Teaching and Learning Technology is essential to the future of UMW. More than that, he publicly says things I think are totally awesome, such as the following:

…about eight years ago, the University of Mary Washington created a Division of Teaching and Learning Technology and staffed it with the brightest, most creative people we could find. At the time, a lot of schools were investing in software, in learning management systems, programs and platforms. But we invested in people. We wanted them to be our braintrust, to work with our faculty to find interesting and innovative ways to use new and emerging technologies in their classes.

This is what DTLT has been working towards for almost a decade now, and we seem to be at a point that this investment is being cosnidering not only sound, but enough of a success that it is beginning to frame a significant part of UMW’s identity. The acknowledgement that one of the the best investments UMW has made in terms of technology over the last decade has been in finding and cultivating the best people possible to work with their faculty is a message I’m more than proud to highlight on the bava—a space that has been an independent record of that very thing 😉

Once upona  time DTLT had been holed up in its own R&D bunker working with faculty and dodging bullets hoping we wouldn’t suffer a direct financial hit and be razed altogther. And now, jsut a few years later, we’re a model for what’s possible. And while I recognize fate is fickle and things can change on a dime, I’d be lying if I didn’t acknowledge this is a great moment for our group, and hopefully an even greater moment for what’s possible in edtech at universities more broadly. Turns out experimentation and close faculty relationships are valuable, and may even be a model that others can emulate. What’s more, it might also be important to enable a group to shape its own identity rather than handcuffing them to a predefined set of  enterprise systems and overlying architected “tech requirements.” Ultimately, when all is said and done, it all comes down to some larger vision of what and group of people are trying to do. What are we trying to accomplish at UMW, and how is a group like DTLT helping in that endeavor. And when your president can lay that very thing out for the world so clearly, something good is happening:

We want our students to be thinkers and doers, to be analyzers and synthesizers and integrators and coordinators. Working in the digital space fosters that growth. We also want our students to be good citizens of their nation and of the world, and the web is becoming a key place – maybe the place — to practice such citizenship. When one of our students writes something in a blog about Venice and someone in Italy responds, that’s the essence of citizenship.

Says our Martha Burtis, special projects coordinator for teaching and learning technologies: “This notion of community and collaboration and public knowledge and sharing is really the core of a liberal arts education. These are the values we care about.” I agree.

That’s right, DTLT is on fire. Some folks warn us that we are now in the spotlight and with that comes a certain amount of scrutiny. All I can say to that is bring it on, we haven’t been hiding in the shadows for lack of conviction. We believe in what we do, we know it is valuable, and we also know it can and will make UMW a better university. Thanks President Hurley, now let’s make some history!

1 Response to All Aboard!!!