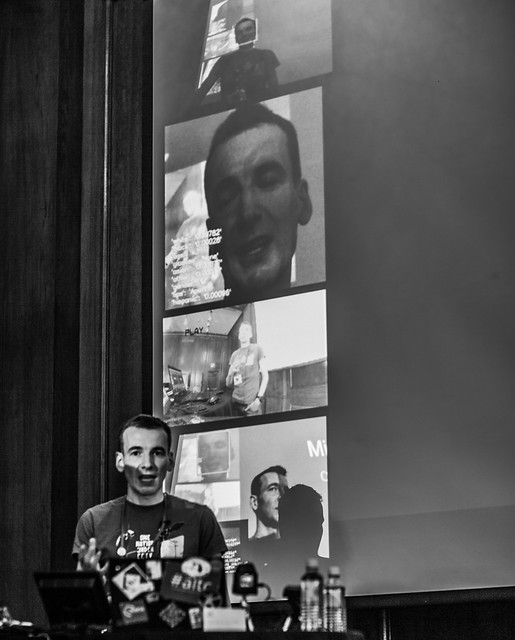 Photo credit: “The many faces of Martin Hawksey – Domains19” by Tom Woodward

I still have a lot to blog about Domains19, but I have made a significant dent in my blog to-do list since finishing my travels, and tomorrow my vacation starts so I’ll see if I can get a post or two in before then. In fact, this will be a twofer wherein I can point to Martin Hawksey’s brilliant keynote at Domains19 as well as bemoan missing ETUG, as a way to nod to Maren Deepwell’s keynote while at the same time recognizing the month the Association for Learning Technology (ALT) ate North American edtech 🙂 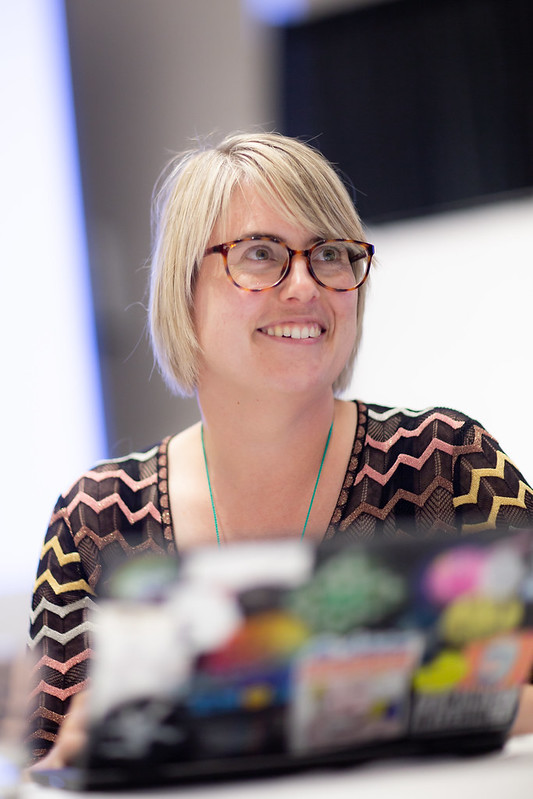 Keep in mind I’m biased having already proclaimed my love for the ALT team on this blog, so take the following musings with a grain of salt. That acknowledged, it’s my contention that ALTs recent headlining talks by Martin Hawksey at Domains19 in Durham, North Carolina and Maren Deepwell at ETUG in Kamloops, Canada represents a kind of “British Invasion” for edtech organizations. One of the things I think the US edtech scene is in desperate need of right now is a solid, grassroots organization that does outreach, development, and runs a conference that really highlights all the central, ethical issues at the heart of the field. I can’t pretend to speak for Canada, but I imagine they’re also scratching their heads these days for conferences to attend that have resisted becoming a vendor-driven pitch for analytics as a way to solve the university’s efficiency problems. In fact, while I’ve never attended ETUG, I have seen the community shaping it over the last decade or so and I have no doubt, given the actors involved, they represent a beacon of hope in the edtech conference fog.

So, it can’t be coincidental that two of the major talents behind the ALT organization should find themselves in North American last month offering us a peek into the magic they have brewed across the pond with their OER conference, amongst many other events.* I’ll gladly go on record saying that OER19 was the best conference I have been to in the last ten years, hands down. The co-organizers Catherine Cronin and Laura Czerniewicz set the perfect tone and the quality and variety of sessions was amazing. What’s more, I think Reclaim was the only true-blue vendor there, so while they’re not entirely pure—their just compromised enough to have some fun 🙂

It’s my contention that Maren and Martin’s presence in the Western Hemisphere last month was a sign from the edtech gods we need try and bottle some of  the  community/conference magic so many of the good folks in the UK and beyond have been brewing, so we can export it to the Brave New World of learning engineers and personalized learning dashboards to provide a needed antidote and alternative to the relentless march of edtech to the vendors’ drum.

*Admittedly I have not been to the main ALT conference just yet, I hope to rectify that sometime soon.

This entry was posted in Domains 2019 and tagged Domains19, Maren Deepwell, Martin Hawksey. Bookmark the permalink.