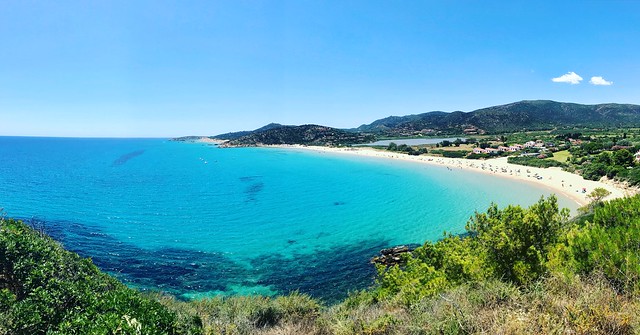 The beaches of Chia

I am currently in London with some downtime as I prepare for a Domains workshop in Coventry tomorrow. I’m just coming off the longest vacation I have taken in probably twenty years (if not longer). Twelve awesome days in Sardegna, a gorgeous island off the Western coast of Italy. I’m not used to taking vacations, no less long ones, but things aligned and I was really able to check-out for almost the entire time (thanks to my amazing colleagues at Reclaim). Some folks can’t sit on the beach for two weeks, but I’m not one of them. I grew up on Long Island, and summers in Atlantic Beach or some of my fondest childhood memories. I could stay on the beach for months worshipping the sun and reading books. What’s more, the beaches on Sardegna are absolutely gorgeous. Antonella and I have had a running joke for most of our relationship wherein I claimed Long Island (particularly Montauk) has the most beautiful beaches in the world. And she begged to differ given her own experiences on Sardegna. I don’t think I’m wrong per se, but after spending more time on this gem in the Mediterranean my confidence is a bit shaken. 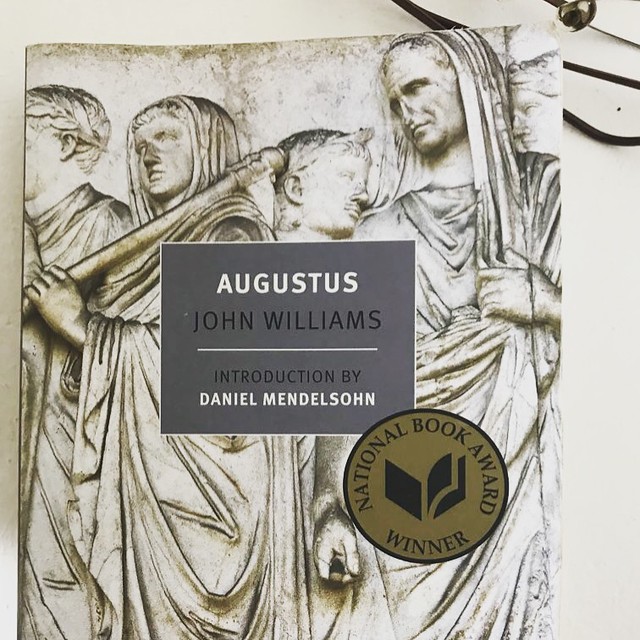 It was truly an ancient Roman beach vacation for me given I was reading the 1972 historical novel Augustus by John Williams. It’s an epistolary novel that focuses on the life and times of Augustus and I really can’t recommend it strongly enough. I picked it up after being blown away by another of Williams’s novels, Stoner, and I think I liked it even better. I will post separately on the novel given there is much I want to say, but I’ll leave one quote here for now: “there is no wall that can be built to protect the human heart from its own weakness.”

And that was everywhere apparent to me in Pula, which was site of a Cathaginian outpost and then a Roman village (which dates from the 1st or 2nd century A.D.). The remnants from another world were everywhere, and the tour of Nora’s Archaeological site was definitely a highlight of the trip. 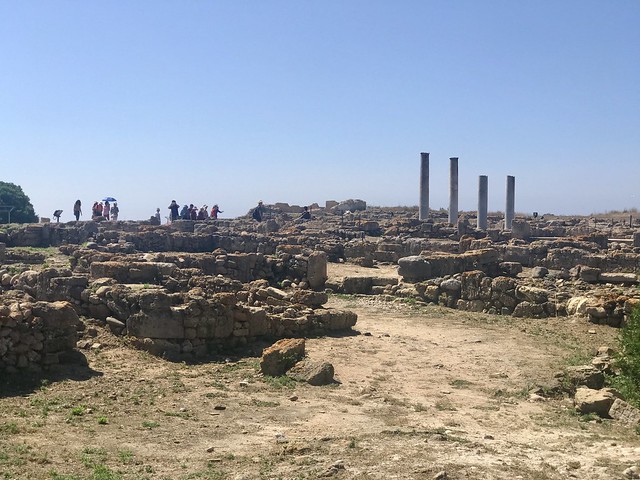 Columns in the Rubble 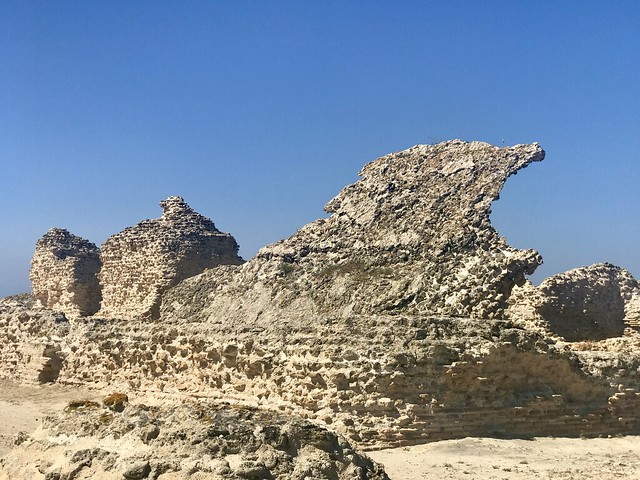 Remains of the Spa

I even found an ancient Roman boy hanging around asking to play Fortnite: 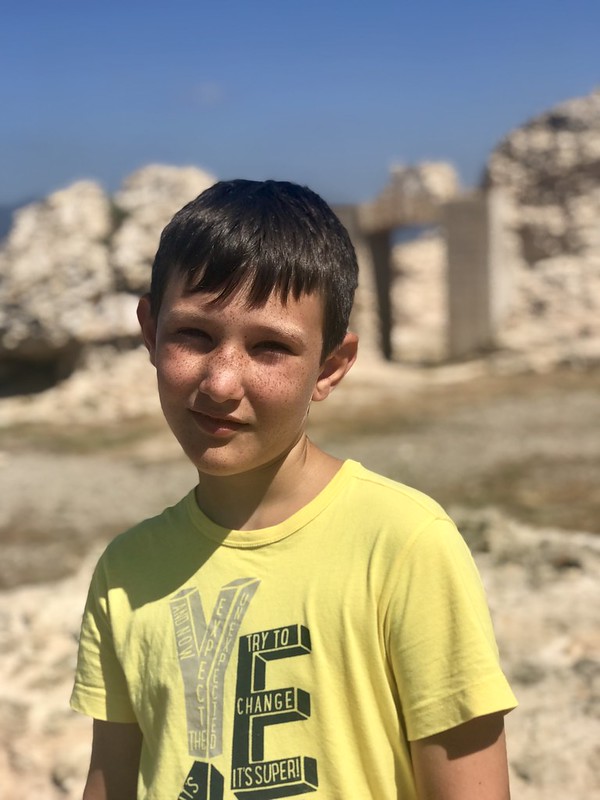 Below is a good look at how Nora sits out on a spectacular point surrounded almost entirely by water save a small sliver of land.

It was really good downtime was some amazing scenery, and as Italy often does, it made me think about the various arcs of history we are a result of. Right after Augustus I picked up Robert Fagles translation of The Odyssey (“the eastingest Epic”), an edition recommended to me over twenty years ago by Matt Gold, and I am finally getting around to it. I think the bava may be going through a Neo-classical period, which is definitely inline with the advent of Reclaim Video. 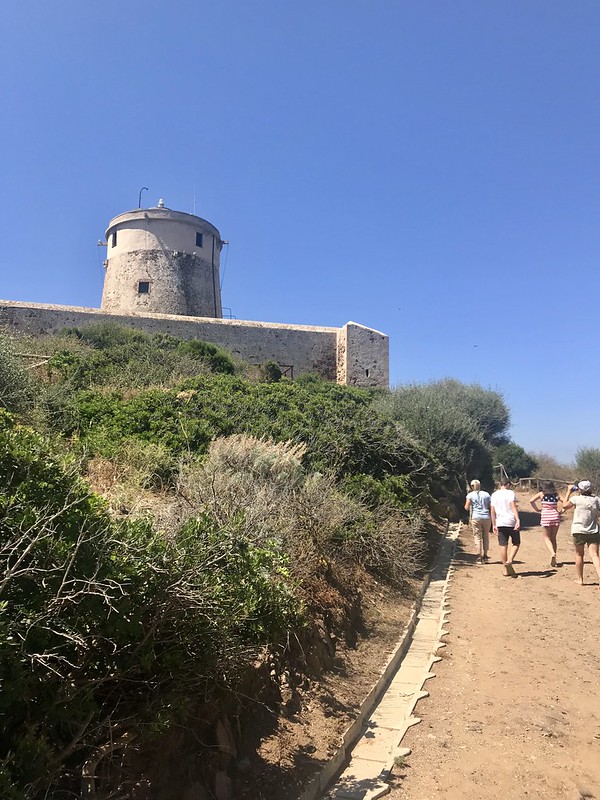 To the Tower of Nora

Speaking of the sediments of history, 1400 years after the Roman village was built, the Spanish were in control of Sardegna (a couple of hundred years before the Italians took control) and constructed a network of towers around the island to spot pirates in the 16th and 17th centuries. The network of towers used fires on their roofs to alert each other the approach of pirates—which approved an effective defense. 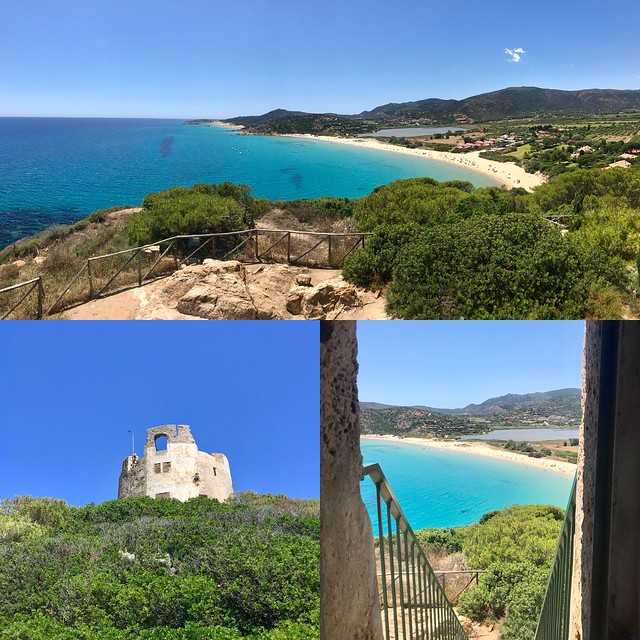 Well, I guess no more lounging around the pool, it is time for me to build the Domain myths squarely on the classical tradition of hospitality and conquest 🙂