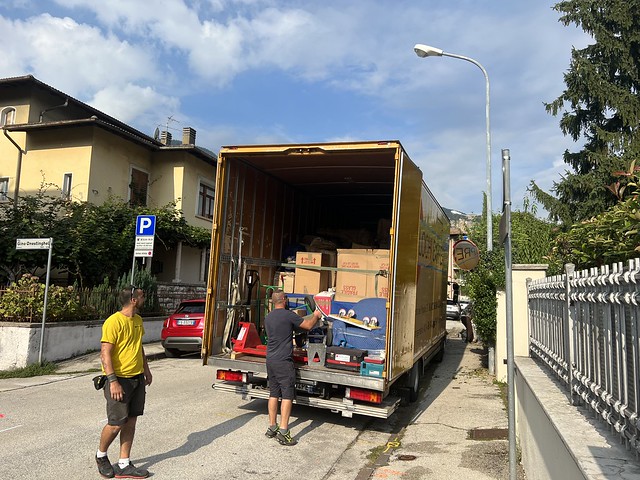 The container came in…. 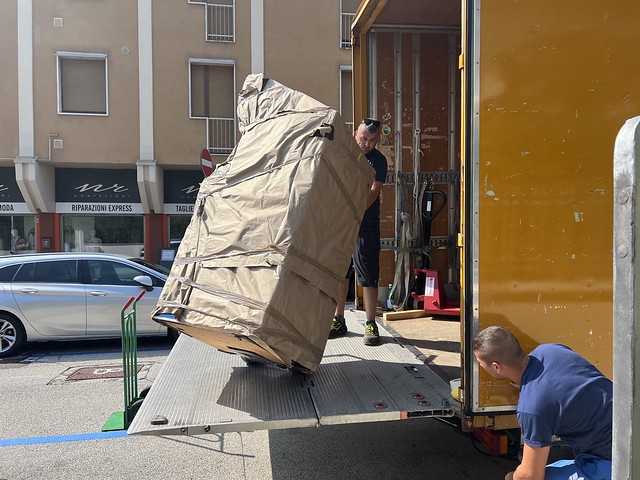 Everything arrived safe and sound, but I have spent much of the last week unpacking, playing with retro game consoles, and doing repairs like I still run an arcade 🙂 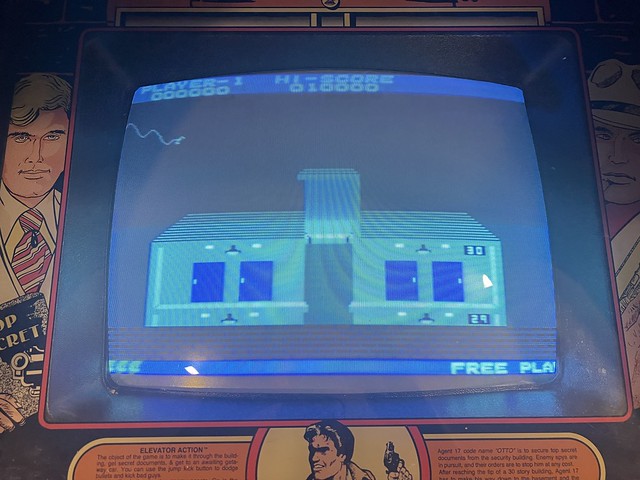 Elevator Action‘s working fine but the red color in the monitor is out, which gave everything a strong blue tint. I tried changing the chassis (a K4900 5-pot) with Moon Patrol‘s (K4900 4-pot), but red was still missing. Tried extra PCB game board I have and same issue with missing red so thinking this is an issue with the red video signal somewhere on the line or at an edge connector, turns out I was right. There was no continuity on the red video signal on the filter board. After re-soldering that connection and red cam back!  I also got my Wells Gardner Pattern Generator working with this monitor, and that is cool. 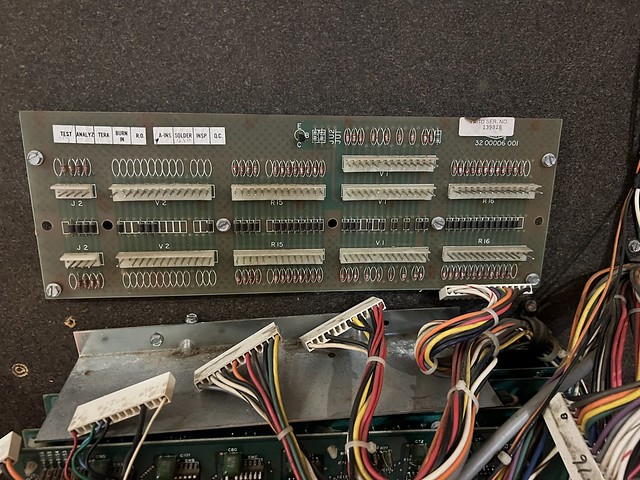 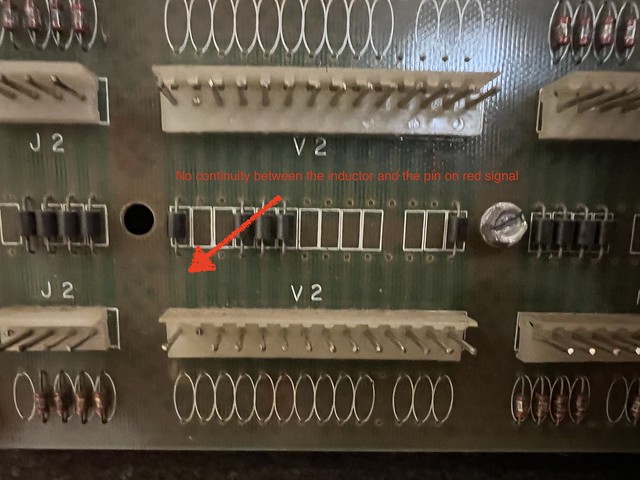 Moon Patrol was working fine in US, but the board is now throwing garbage. I tested the  monitor chassis from Elevator Action and it works fine. Also tested all voltages from power supply to game board and all good there, although the coin door voltages are off—but that should not effect the game board or game play. Tried changing main CPU on board (Z80) but still same issue. Pretty sure this is a board issue and might have to post to KLOV for a second opinion or send it out.

Joust was randomly resetting with installed FPGA board to white screen, similar to Stargate issues I had in the Spring. Reverted to original board and that worked, no resetting during game play, but there is an issue with settings not being saved every time it is turned off, got a “High Score Table Reset Bookkeeping Totals Cleared”  error. 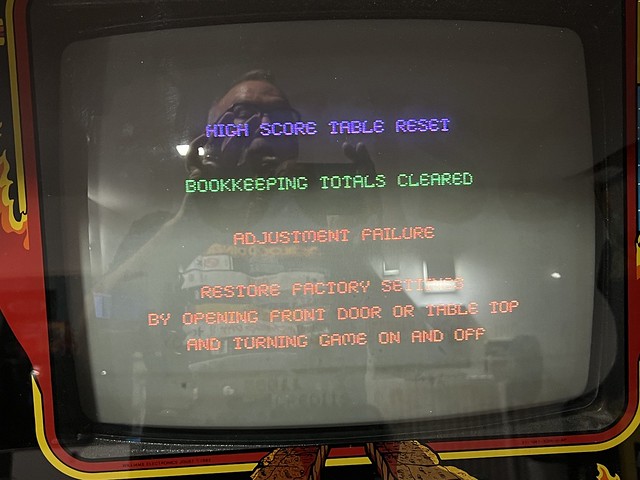 I found this forum post on KLOV that pointed me in the right direction. Essentially there were no batteries to save hi-score installed, but I thought I had installed a new chip for this, but evidently not. I soldered on a 3.6v lithium battery, which should last a few years. 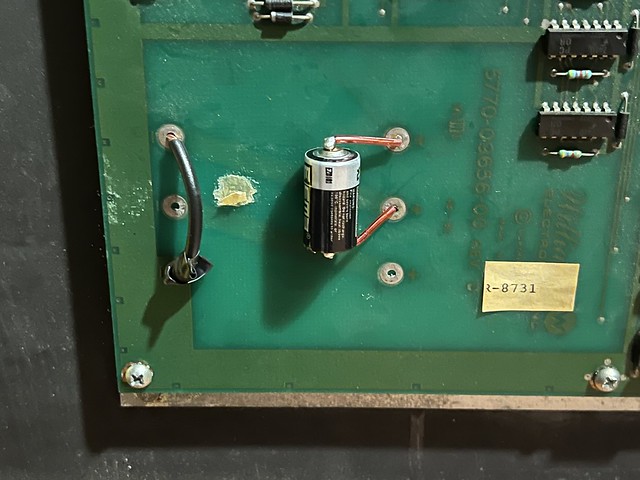 And then I hit the reset switch on the board, and it started to work. 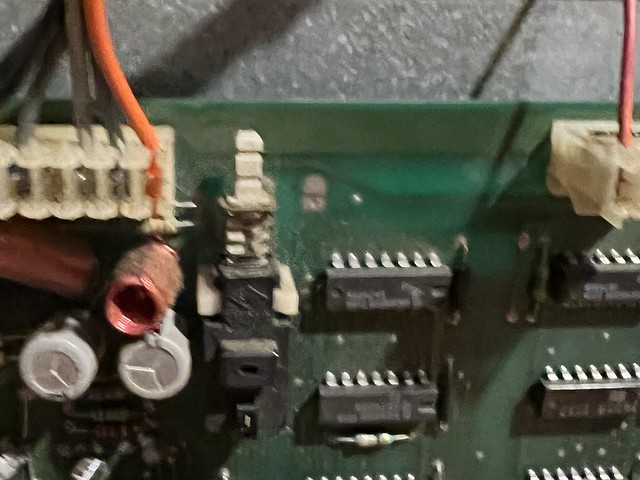 Next up, put the FPGA board from Joust that was having issues in Defender which fixed the graphic issues at the top of that board. The original boards for Defender do work, but with the FPGA board there are no lines at the top of the screen, plus it doesn’t work with Joust at the moment anyway 🙂 One issue is the High Score Reset button inside the coin door doesn’t work so I can’t change number of ships, free play, etc. will need to look into how to change that Williams switch on Defender.

Slight jitter of image on Dig Dug monitor. It’s G07, which I am familiar with now, so re-soldered the vertical/horizontal adjustment pots (and actually swapped one out) and it is better after testing it for a while. There is still some very rare shifting of the screen, so may swap out all four adjustment pots for this chassis if it continues.

I still have to look at the Pleaides cocktail, which won’t turn on. Probably gonna have to screw through the lock to get it open and investigate given I am pretty sure something came loose during the move. The other cocktail, Rally X, is working but the sound is muffled, so will be opening that up tomorrow. I also have to try the new board for Cheyenne out to see if that fixes my issue with that board, and then I should have everything but Moon Patrol and Venture working. I know the problem with Moon Patrol is board related, and venture is most likely power supply, and I am pretty excited cause I think I can get that one running. 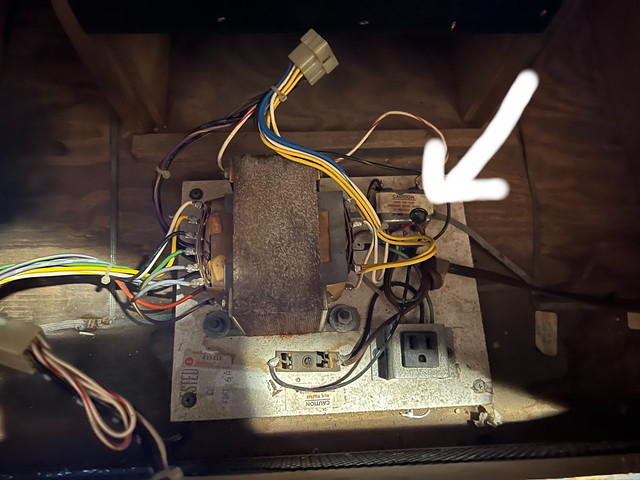 The other thing that happened this week while working on Joust is I mistakenly plugged the game into a European 220V socket versus the 110V US plug and it blew the power brick in Joust. This is in part linked to the terrible design of the transformers I bought to step-down the voltage from 220V to 110V, and part my stupidity. Live and learn. I used the transformer in Stargate to make sure nothing was ruined in terms of the boards, monitor, etc. and all was good, so I am using the power brick from Stargate in Joust temporarily. While dismantling Moon Patrol yesterday, which I will be minting out entirely, I realized it seems to have the same power brick and connectors. 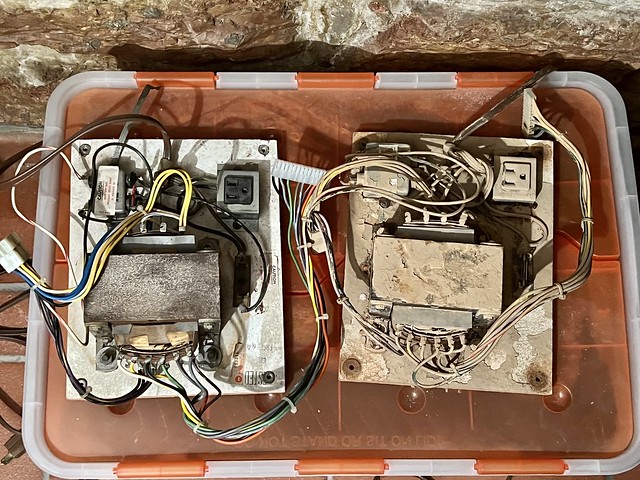 As you can see from the side-by-side image of the two power bricks above, they are seemingly identical, but the Moon Patrol power brick on the right seems to have been soaked in mud at some point over the last 40 years. It is literally caked on. I will be cleaning it up and then testing the voltages to see if I can use it in Stargate until I finish Moon Patrol and hopefully figure out how to rebuild the Joust power brick I blew.

Anyway, this is a very drawn out post simply to say the games have arrived and I am loving it!

1 Response to And then there were 29…