I’ve been struggling a bit on the arcade repair front for a while now. The Sidam Explorer  (Italian Scramble bootleg) pictured above has not worked right since I got it over the Summer, and the Asterock (Italian Asteroids bootleg) went down in September or October and has been out of commission since. Add to that the board issues with Stargate and I could feel the arcade walls closing in. 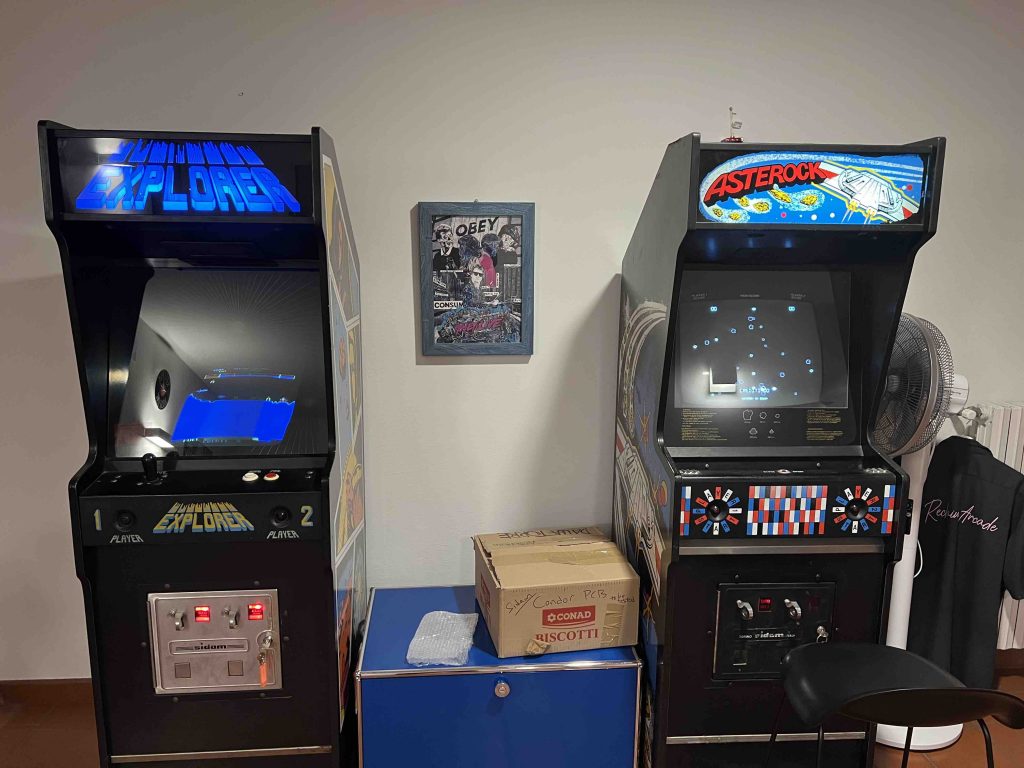 The two Sidam cabinets were moved down to the basement office, and I look at them forlornly daily. That said, I’ve not been sitting idly by; both power supplies have been rebuilt as well the Explorer‘s Hanterex 9000 MTC chassis inspected, but all to no avail. This led me to the conclusion these cabinets were both having board issues, so I was prepared to take them back to the US for confirmation. Luckily I had the idea to test one of them, namely Asterock, with a working board Antonio of Arcade Story had in his warehouse. When I tried his  boards it was having the same issues, which confirmed this was not a board issue after all. So back to the drawing board. The last possible cause was the heat sync for the audio board—so Roberto and I tested this by tracing wires for the +5V, +12V, -5V and ground wires from the power supply and running them through a switching power supply and the game worked perfectly! It’s always electric in the end… 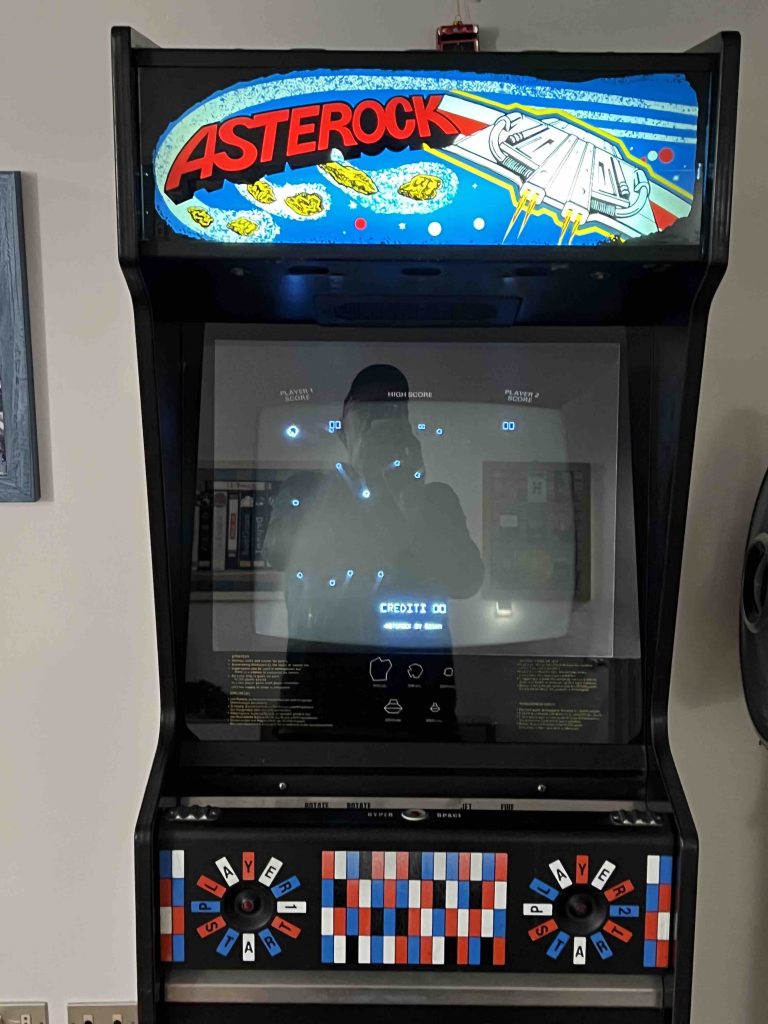 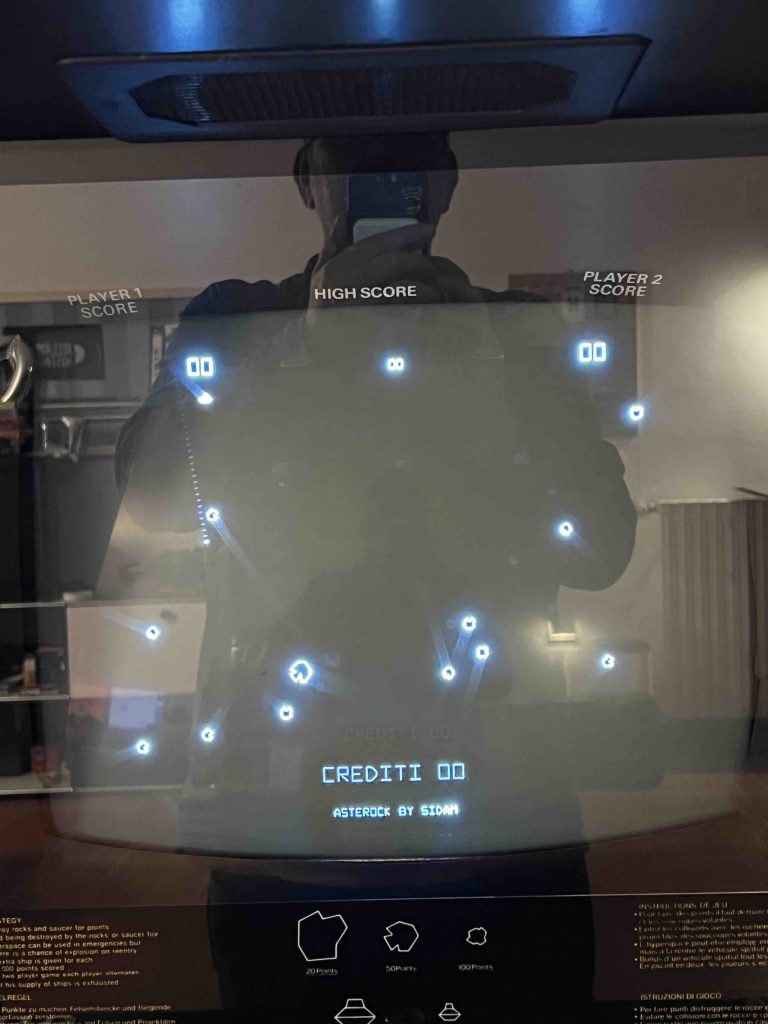 Close-up of the Asteroids bootleg Asterock

This win was on Saturday, so one less board to bring to America. As I was basking in the victory of not only getting Asterock back online, but also getting the color red back in Condor last week I got to thinking the ongoing issues with the vertical sync for the monitor in Explorer may not be board related after all. After looking at the Condor edge connector schematic I noticed there were connection points for vertical and horizontal sync to the monitor. It got me thinking that chances are Explorer has the same thing, and if I can find a manual I can confirm as much and trace back those wires. 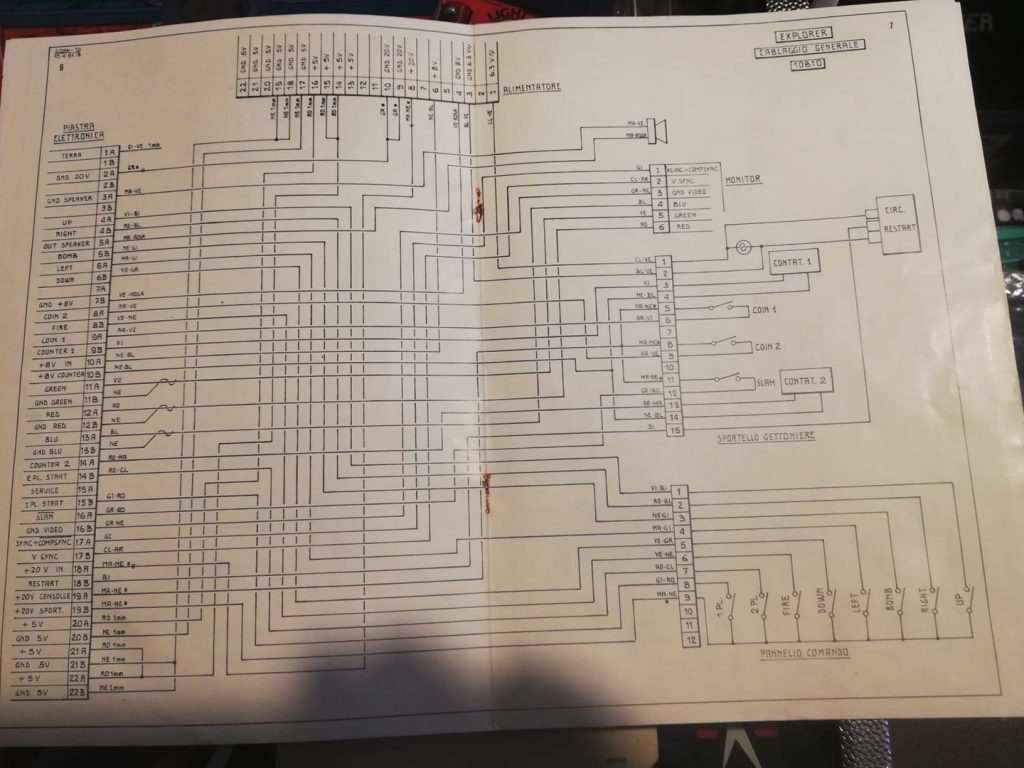 Explorer game board schematic-notice the  composite/horizontal and vertical sync connections at 17A and 17B at the edge connector on the left, these were reversed which caused my ongoing issues

I searched high and low and found the above image of the Explorer game board schematic  on a UK game forum, only to realize soon after I had the entire manual in the bottom of the cabinet 🙂 You can find a full version of the manual in Italian at this link: Sidam Explorer Manual. Anyway, after tracing the voltage wires in Asterock I had the confidence to try as much with Explorer and I traced all the way back to an area between the board and monitor where the wires were cut and reconnected and it turns out that vertical and composite wires were mistakenly switched. This was the reason the screen would not hold. Not a board issue at all, rather a faulty wiring issue that was easily fixed by switching the vertical and horizontal/composite connectors. 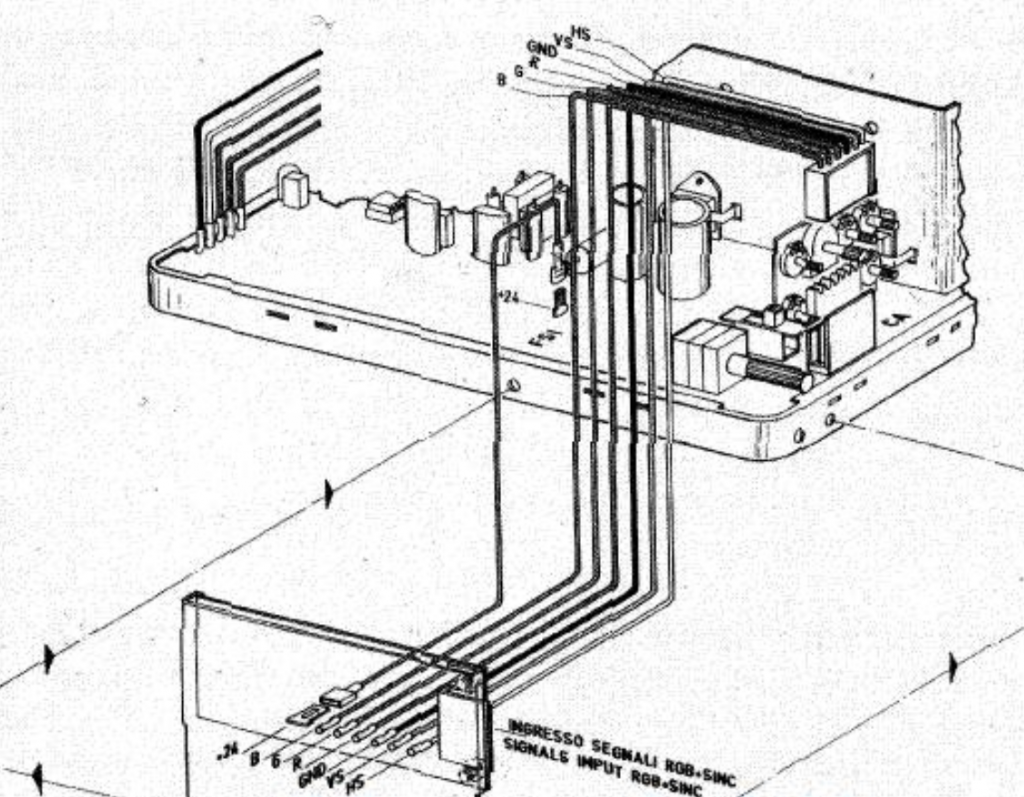 The above digram might provide a better sense of what happened. The Vertical sync (VS)  and horizontal sync (HS) wires were swapped after the wiring harness from the game board to the monitor had been cut. The colors—black for ground, gray for composite, and blue/orange for vertical— did not match what was going into the monitor, and that was the clue I needed. I have heard about folks splicing and re-wiring randomly that leads to  all sorts of confusion, and this was my first experience diagnosing that and fixing it. It felt amazing! 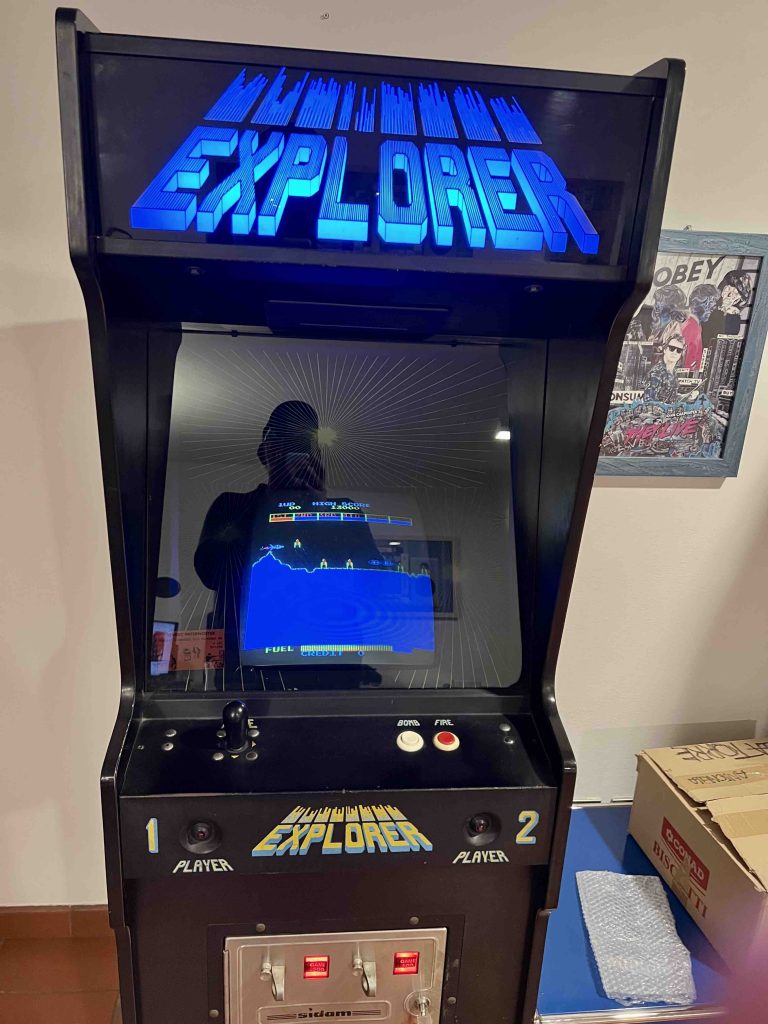 So, this past weekend was an awesome one for bavacade. I only have one game down at the moment, Stargate, and getting that board fixed shortly, as well as future proofing my Williams games with some JROK action. It’s a good day in the bavacade, just in time for the mother load shipment from America 🙂