Behind Every EDUPUNK is a Miserable Sysadmin 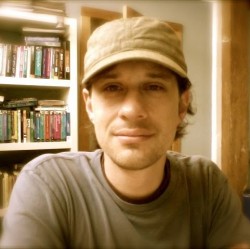 I’m not sure the title of the post is exactly what Zach Davis said back in October of last year at the OpenEd conference, but I think Brian Lamb can confirm it’s pretty close in spirit. Zach Davis and Lucas Thurston have been sysadmining a lot of the work we’ve done at UMW since 2006 or 2007. From helping us move UMW Blogs from a Bluehost site to a shared host and again to a dedicated private server. All the while helping us make the system as solid and robust as it is up and until this day—at our current pace this year UMW Blogs will have had more uptime the 2011/2012 academic year then any other enterprise system at UMW. That will prove an amazing day if it works out to be the case.

What’s more, two years ago when I told Zach about my idea for ds106—which was to give every student their own web hosting account and domain—he was not only supportive of the idea but provided UMW students a space to sign-up for web hosting through Cast Iron Coding as a supported option. He all but volunteered to help that experiment take place two years ago when more than a few folks thought it was not only crazy, but a nightmare waiting to explode in my face. His help with that class continues right up and until just last week when ds106, like UMW Blogs, outgrew its beginnings on a sliver of shared server space at Cast Iron Coding (that I am still in arrears on).  It went from an experimental site for the open and online course last Spring to a full blown framework for aggregating blog posts, assignments, and daily creates. The pressure ds106 began putting on the server this semester as a result of its growth was a testament to how amazing the community around ds106 truly is. We moved ds106 to a dedicated server in the “cloud” that can automatically respond to intensive resource demands—which with more than 500 syndicated sites is a lot at this point.

I’m really proud of what has been accomplished with both UMW Blogs, and now ds106. It’s a real honor to see work started at Mary Washington become a model for other professors, students, and institutions around the world—even if in a very small way. But it would be unfair to not only recognize everyone who has made UMW Blogs and ds106 awesome—which is all of DTLT, the UMW faculty, administration,  students, and an extended open online network—but also to take a post (that started out as a quick “we moved the ds106 site”) to thank Zach Davis for eveything he has done. Not only did he get me into EdTech,  but has been dealing with the fallout of that fact ever since. Unfortunately there is little to no money or glory in being the sysadmin behind an over-celebrated punk. Zach’s the working class genius behind most of the work I’ve been a part of these last years, he’s the “get ‘er done” part of this relationship that has gotten little or no real benefits from the whole thing other than more than a few headaches, hacked servers, and annoying midnight emails from a very frantic me. But what’s been interesting for me is that when he supports me in something I want to pursue, or encourages a particular approach it usually  turns out to be gold. So, all this to say thanks Zach, you rock and are one of the few who can truly say “you made the bava!”

7 Responses to Behind Every EDUPUNK is a Miserable Sysadmin