This week in hardboiled we read Chester Himes’s 1964 novel Cotton Comes to Harlem as well as watched the 1970 proto-blaxploitation film adaptation by Ossie Davis. One of the elements that struck me about the film is captured in the clip above that deals with the idea of black capitalism. Rather than aligning with the “bolshevism” of the Back-to-Africa movement, as it’s characterized by the Colonel in the novel—a character who is all but absent in the film—Ossie Davis introduces another alternative. At the very end of the film Davis has Gravedigger and Coffin Ed meet with the kingpin of the drug syndicate to ask for $87,000 so they can repay the Harlem citizens who lost their money in the Back-to-Africa scam. If he doesn’t play along, they threaten him with “black capitalism” (a term that comes up again in Blaxploitation films, in particular Friday Foster (1975) though in a very different context). This is a pretty radical departure from the book that has the Colonel giving Gravedigger and Coffin Ed the $87,000 to save his ass for an extra 24 hours. Unlike the book, in this scene we see a championing of black-owned businesses that Davis injects at the end of the film in reference to an idea that was popularized in the 1960s to cultivate and support black owned businesses as an economic solution to the deep-rooted, institutionalized realities of racism.

This idea re-emerges in Hollywood during the 90s in John Singleton’s Boyz in the Hood (1991). Laurence Fishburne’s character Jason “Furious” Styles is an interesting hybrid of the hopes and dreams of the era of Blaxploitation films and the frustration of the de facto segregation still alive and well in 1990s Los Angeles. All of which leads to the following, brilliant dissertation about gentrification in South Central L>A.

What’s even more interesting is how the racial tensions in L.A. during the 1990s overflow much like those in Harlem during the 1960s that Sarah LeRoyer refers to in her post on the 1964 riots in Harlem—or even the Watts Rebellion in Los Angeles in 1965. The 1992 L.A. Riots were a violent reaction to the exoneration of all the police officers accused of using excessive force on Rodney King—all of which was videotaped (an early example of how the omnipresence of video technology would impact our culture for the decades to come). Fifty five people were killed and more than 200 buildings destroyed in the L.A. Riots, it was the scene of an angry uprising in which part of the frustration was taken out in the massive looting of local businesses, some black owned but many Korean owned. The image of South Korean store owners on their rooftops protecting their businesses with guns in hand is probably the most lasting image of the Riots for me (I was in L.A. for both the Riots and OJ), and mark an interesting struggle around the question of black-owned business and defending what you worked for by another minority population (a complex, charged question Spike Lee also explores in his 1989 masterpiece Do The Right Thing with Sal’s Pizzeria—“why ain’t there no brothers on the wall, Sal?”). 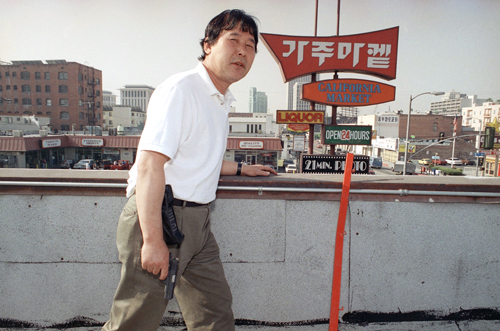 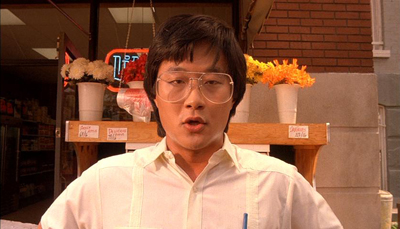