I was spending some time last night exploring Google Maps to find a few true crime sites in Brooklyn and Queens (I’ll talk about this in more detail in my next post). While browsing a birdseye view of Brownsville and East New York,  the Cross Bay Bridge caught my eye. This led me to jump Jamaica Bay and check out Breezy Point. This beach town, situated on the Western end of a barrier island in Queens, was one of the hardest hit areas by Hurricane Sandy last October. The superstorm resulted in a fire that incinerated several blocks of homes. 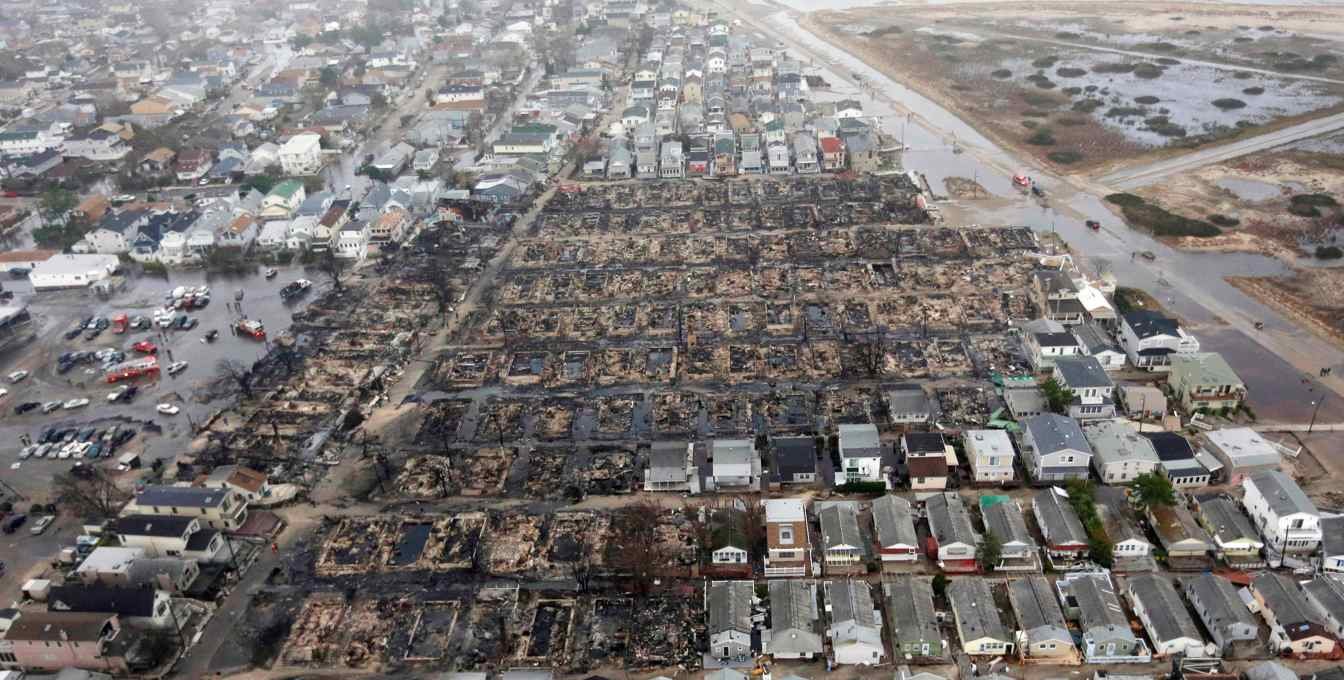 I started exploring Breezy Point from the streetview perspective on Google Maps, and was blown away by the images of houseless foundations—it almost stands like a cematary of what was.

View Larger Map
Google Maps stands as a pretty imrpessive archive of a block-by-block documentation of the devastation just three months later (the images of Breezy Point currently available are from January 2013). It would be interesting, once we have enough streetview images, to start telling the story of specific places through a series of coherent impressions of an entire town (or even city) collected over a number of decades. A whole new kind of cultural history.

The images below are ones I grabbed screenshots of while exploring Google Maps Street View, and I would would argue they paint a pretty compelling picture of effects of Sandy on the lives of too many families. 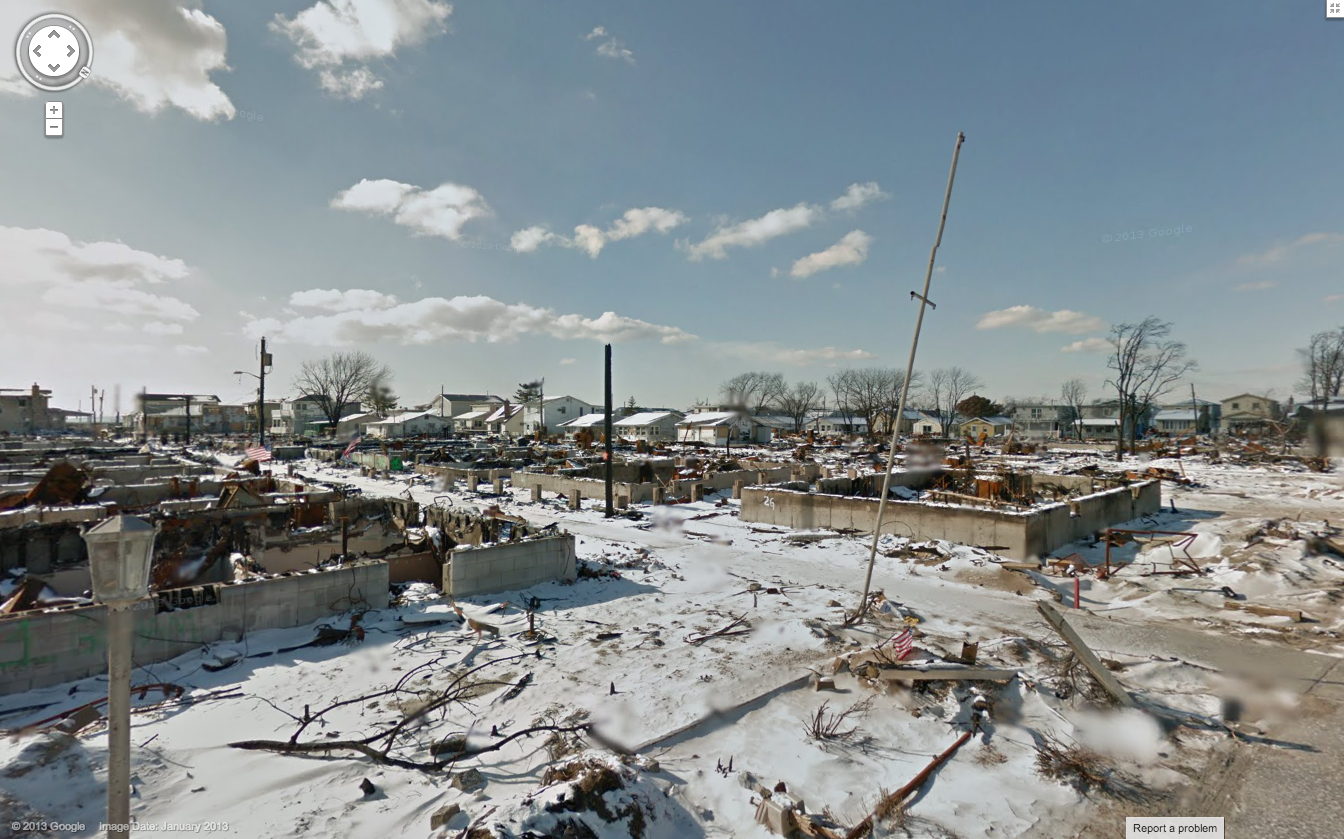 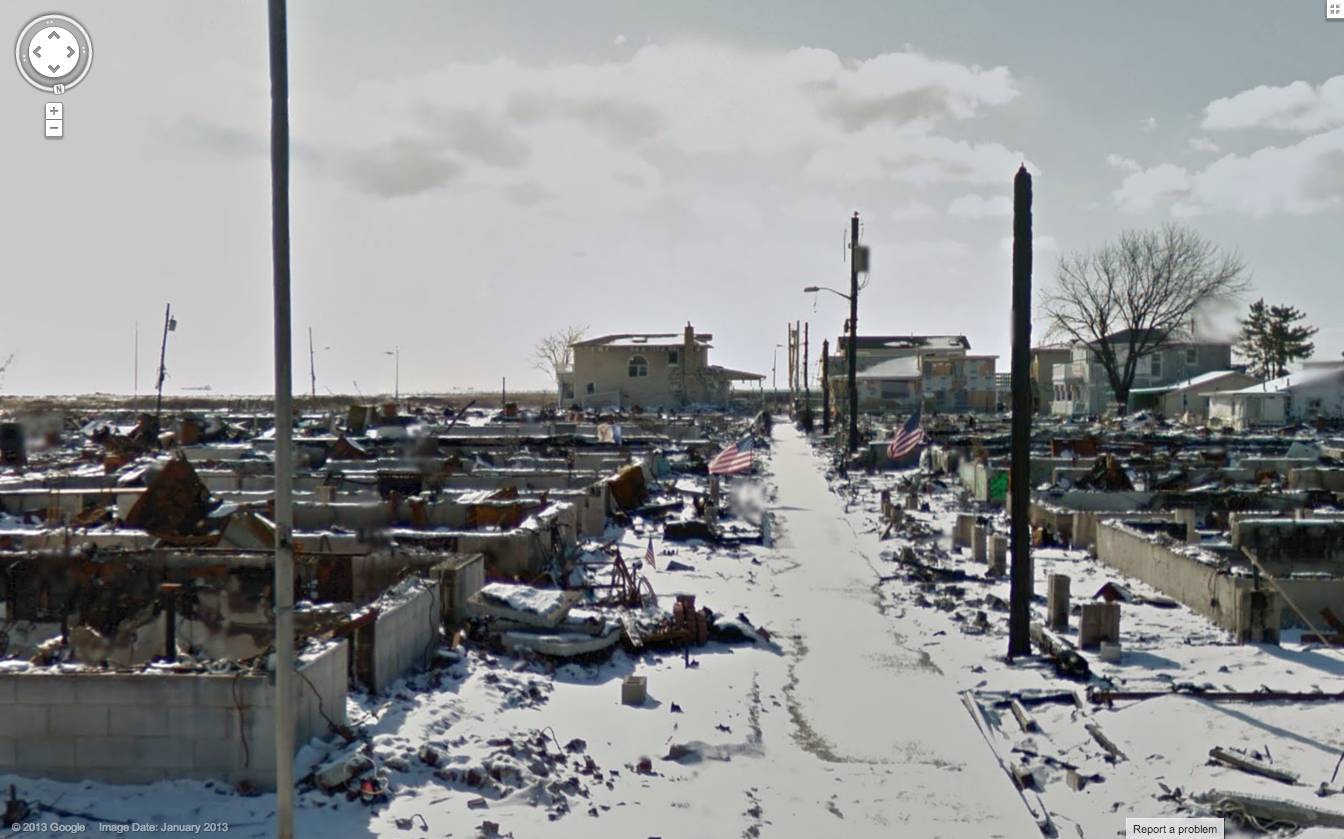 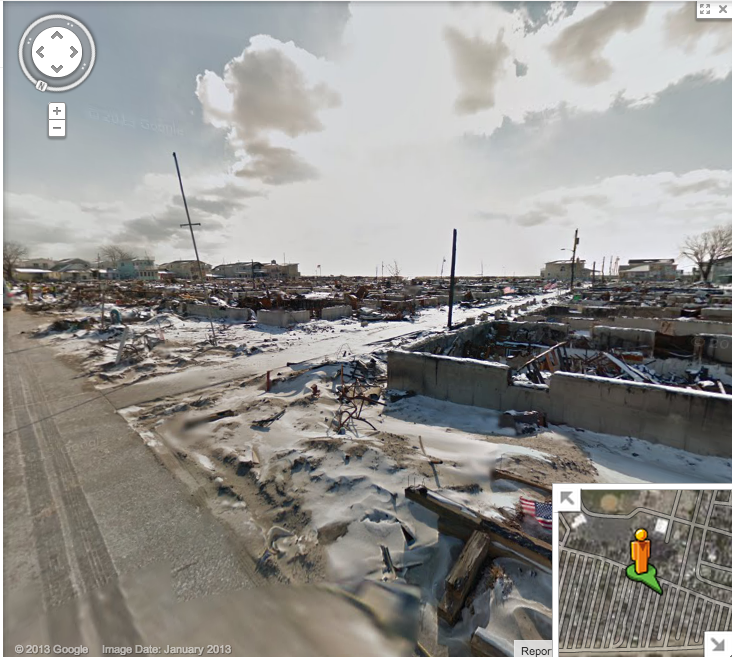 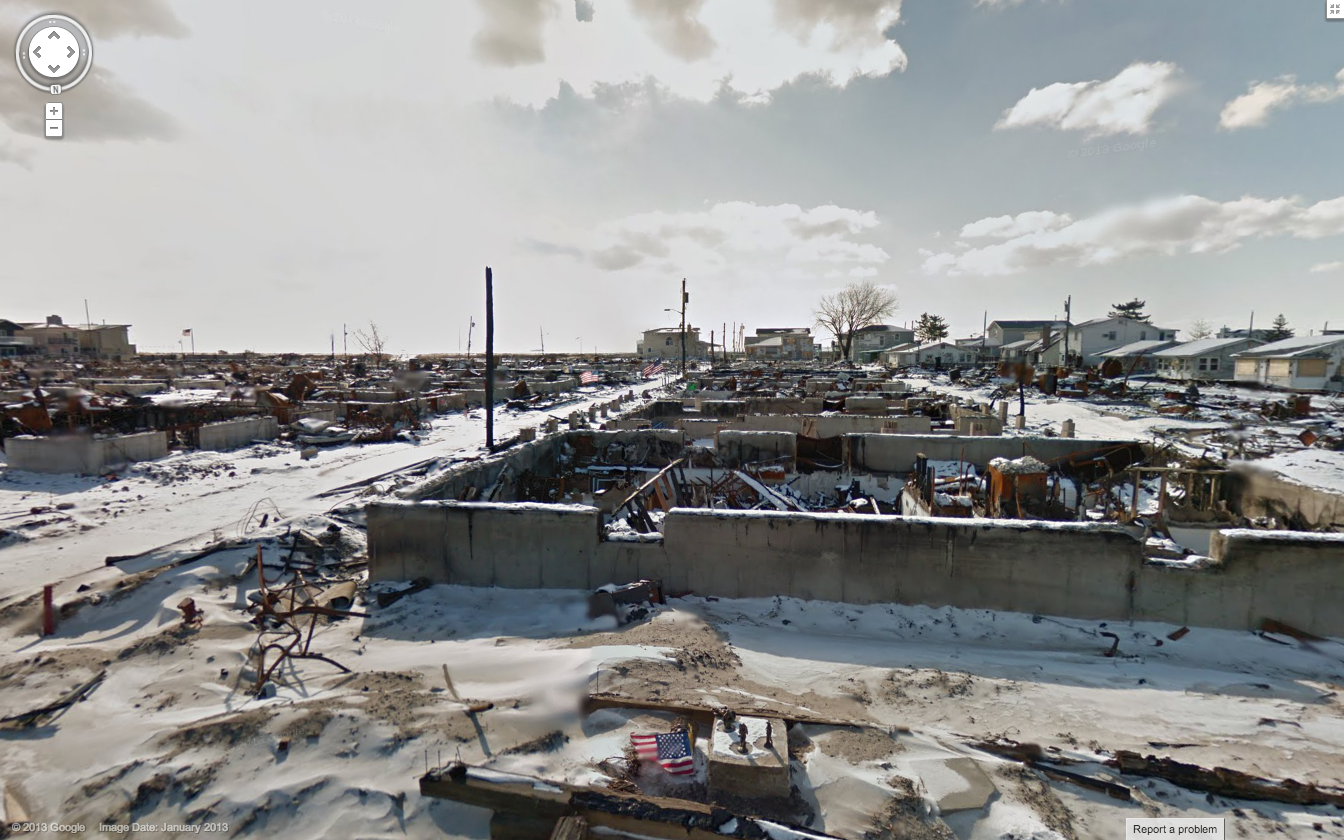