Update 3/19/17:  If you are looking for a more recent hack that works well, check out Soundhax.  As of writing this, the 3dsbrowserhax exploit only works up to firmware 11.1.

I had a bit of fun early this morning before mushroom picking (I know, what have I become?!). But the story starts earlier than that, yesterday afternoon to be exact. The kids and were heading home from the Pokemon Go event in Trento and we stopped by the local Gamestop (they have those in Italy too). Miles and Tommaso have been asking for a Pokemon game for the 3Ds, and feeling fairly charitable these days I obliged. I parted with far more money than I care to admit for this game, but rationality doesn’t usually stand in the way of my rampant consumerism. Anyway, we got home and the kids were chomping at the bit to play the brand new game that cost too much and…. 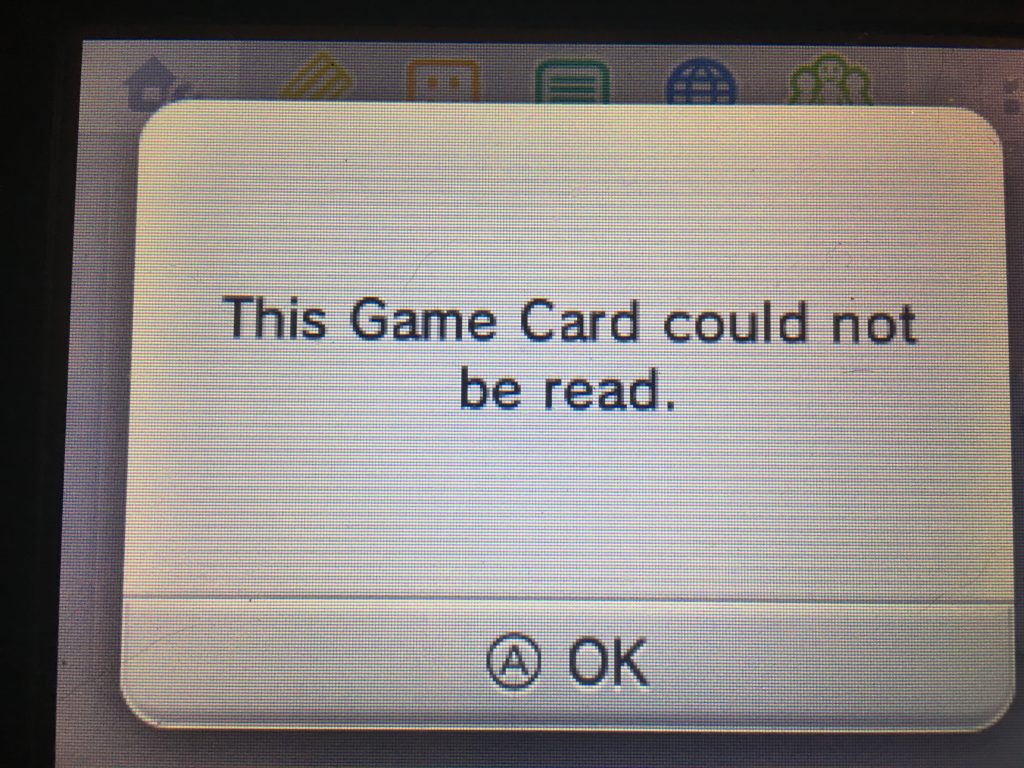 The last words you ever wanna see after buying a new video game: “This Game Card could not be read.” We have two 3DS machines, so when the same read error occurred on both I was sure it was a defective card. But remembering I had to actually buy a region specific power plug for the 3DS when arriving in Italy because the US version didn’t even work with a convertor, I had a nagging feeling it could be something else. I double-checked whether Nintendo subjects the 3DS to that arcane form of media torture now as region lock, and lo and behold they do. How freaking lame is that. You do the right thing, pay their ransom of a bounty, and they lock you out. I was pissed. What’s more, I was having people over for a barbecue and couldn’t attend to it immediately, so the kids were pissed. They not only let me down, they let my whole family down! 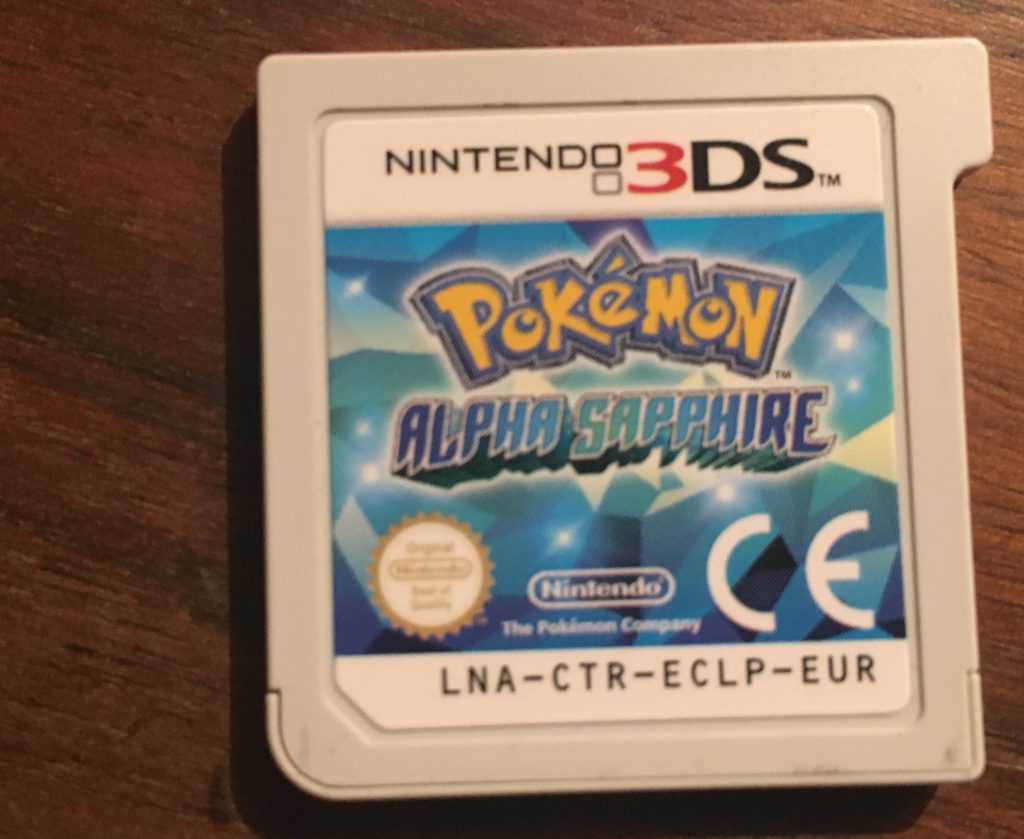 But, I did a quick search last night to be sure, and there were some ingenious folks who had found ways to bypass the region lock for the 3DS, so I figured I would give it a try. Worst case scenario, we have to return the game and buy it through the virtual shop online, but that is a whole different kind of DRM nightmare I was trying to avoid in the first place.

So, anyway, early this morning I start hacking away at the 3DS over my morning coffee, and once I got rolling I began to reconsider my anger towards Nintendo. Without their stupid regional locks, I would have never learned about all the free games I can get for their system. Talk about eye-opening! Not to mention the fact I love tracking down and trying out other people’s hacks and exploits, it makes me feel smarter than I ever will be. So, turns out bypassing the regional lock on a game-by-game basis is fairly simple. When you do the search the first thing you find is the YouTube exploit hack for region unlocking. That one is no longer viable, Nintendo caught on and patched the hole. That said, that article led me to the Homebrew Launcher site for the 3Ds hosted by 3DS hacker extraordinaire smea. This is most definitely the best starting point. 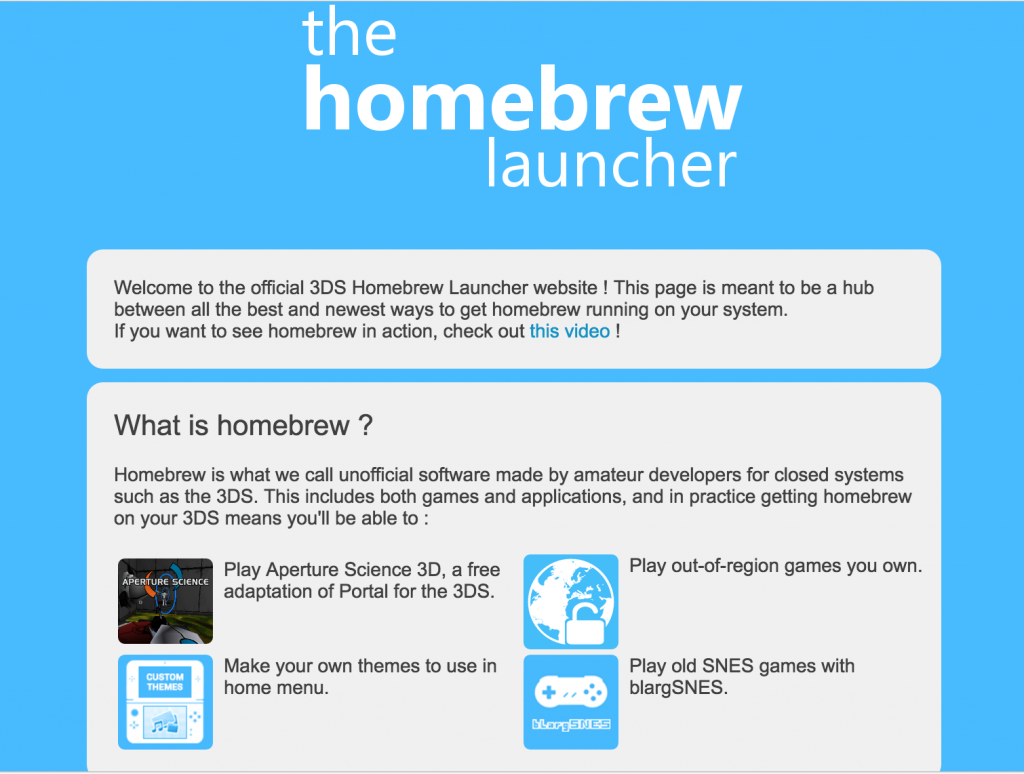 The launcher is dependent on exploits in existing applications on the 3Ds to run, and once it loads you can play out-of-region games, as well as load other games like ports of Portal and Doom for the 3DS (working on getting both those working presently!). So, for example, I am using the Web Browser exploit in 3DS to get the Homebrew Launcher to work. You load the Homebrew application files on your 3DS’s SD card using this starter kit. Be sure to but the 3DS folder and the boot.3dsx file in the top-level root of the SD card. After that, I also downloaded and added the payload file to the top-level of the SD card. You can get the payload file on the Homebrew Launcher site as well, just be sure to add your current firmware version as I did below and click “Download otherapp.” I’m not entirely clear on the difference between otherapp and ropbin, but I used otherapp and it seemed to work.

So, your SD card root will look something like this, the files starting with POST5_U is my payload file, the boot.3dsx and the 3ds directory game with the starter kit.

After that, you open the Internet Browser on your 3DS and you navigate to the following URL: http://yls8.mtheall.com/3dsbrowserhax_auto.php and the Homebrew Launcher should start up. It will look something like this once it starts (note I only have the out-of-region feature loaded in Homebrew presently):

I was pretty fired up when I got the game I bought last night up and running for Miles and Tommaso this morning. A small accomplishment in the big scheme of things, but damn being a technologist dad in this day and age definitely has its advantages. Now it is time to work through the 3DBrew Wiki and figure out what other applications and options I have in this brave new world of 3DS hacking 🙂