Collectively Innovating from Within or, Notes from the “I Love Me” Wall 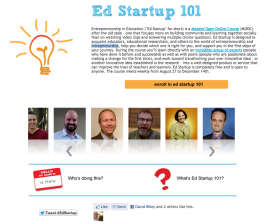 David Wiley is teaching a MOOC this coming Fall titled Ed Startup 101 and oddly enough I’ve been asked to facilitate one of the sessions talking about some of the work I’ve done at UMW over the years. I’m not an entrepreneur and I have no desire to ever be part of a startup. So I’m the one who is going to talk the students down from the slippery ledge of finance capital 🙂

I’m going to talk about innovating within an existing institution, but not so much in terms of greater profits—as the term “intrapreneur” is commonly defined—but for the benefit of the culture of an organization.  None of the work we’ve done at UMW can be directly tied to increased revenues for the university. What we’ve done is help make the culture around teaching and learning that much more relevant and innovative within the national conversation—and that, as a result, may have implications for UMW’s national reputation at some point.

And that’s interesting to me because reputation remains the currency for higher ed institutions, and by experimenting and remaining open to a wide array of possibilities I want to believe UMW becomes that much more valuable to people who want to get a unique education at a relatively reasonable price. A system of currency, all the same, but I want to believe—and will try and argue—that it’s anchored in people and experiences rather than ledgers and profits. I’m looking forward to this session, and I am honored David asked me to facilitate a week, I really look forward to it. 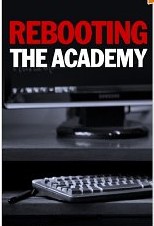 On a different, but related, note, The Chronicle of Higher Education published an E-Book with a collection of essays and writings from the infamous “12 Tech Innovators.” I wrote a piece for that ebook that challenged the way in which innovation is defined as a singular, monolithic act of the individual in response to the piece they wrote about me. It was an attempt to frame the work that has happened at UMW more generally, and ds106 more specifically, as a process of intensely collaborative and collective innovation. It is easy to hang the name Jim Groom on UMW Blogs or ds106, but the fact is people like Martha Burtis, Tom Woodward, Alan Levine, Andy Rush, Tim Owens, and so many more, all made this class community what it is. I wasn’t sure they would publish my short essay, so when I found out a few weeks ago they were planning to I was pleasantly surprised. However, I was not so thrilled to see it actually costs money to buy the ebook, so here is a link to my piece “Innovation as Communal Act” that I blogged a few months ago if you have any interest.

What becomes increasingly clear to me over the years is just how dependent any real and lasting innovation is upon a community of people that trust one another and work together to scale that reality. But we don’t necessarily work together in lockstep—we disagree with one another, challenge one another, and have regular fallouts—but we do have a shared vision and mission of what we think education should be. We think the teaching and learning at UMW should be shared freely and augmented wildly through networks of engagement, respect, and thoughtfulness, and I’m afraid we are not alone 🙂

This entry was posted in Uncategorized and tagged Chronicle of Higher Education, donthatemecauseIambeautiful, edstartup, selflove, shameless. Bookmark the permalink.

4 Responses to Collectively Innovating from Within or, Notes from the “I Love Me” Wall