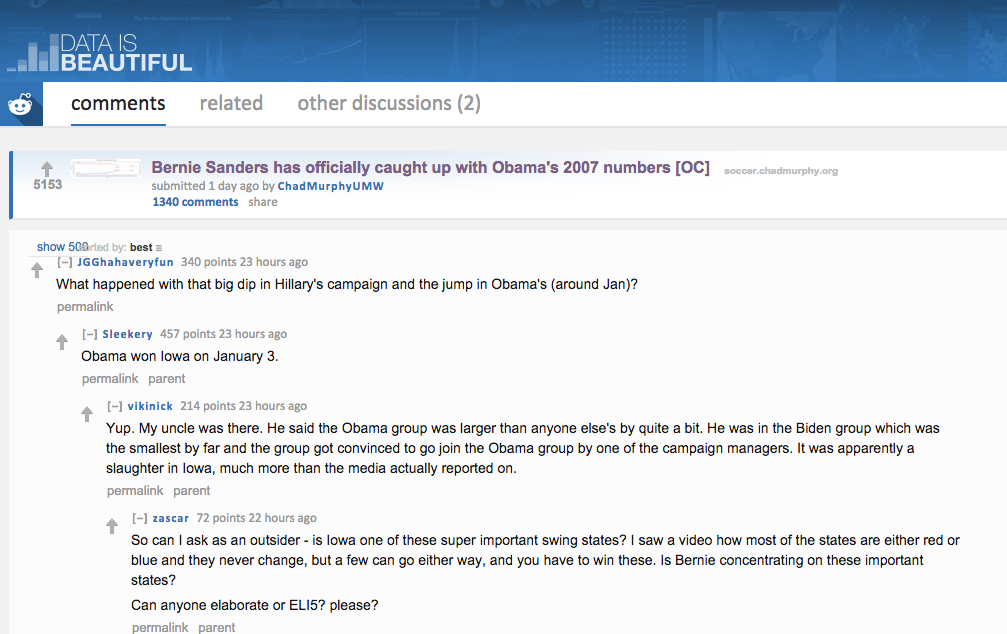 It’s a pretty telling graphic, and if historical data is, indeed, a predictor of things to come, this will prove an interesting road to the 2016 election. Special thanks to Chad for helping us stress test UMW Domains 😉

@jimgroom Thanks! I actually made the front page for a little bit last night so yeah. Figured UMW Domains could use a stress test 🙂

What was even cooler was that the image led me back to Chad’s personal domain. He’s been using his domain to do some intense data analytics and predictions around the world of Soccer. Who knew he was a soccer statistician with predictive models around late season success?  The things you learn when you give your community their own personal web spaces to cultivate and publicly narrate their passions. I love seeing stuff like this. so awesome.

This entry was posted in umw domains and tagged Chad Murphy, umwdomains. Bookmark the permalink.

2 Responses to Data Domains are Beautiful