Note: Forgive me for being a day late on this one, I am having way too much fun in San Juan, but I give you a big bava promise this won’t happen again. 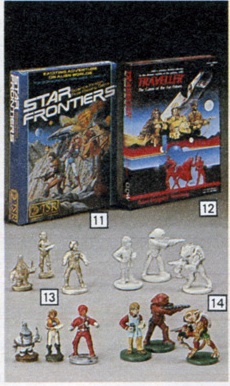 Back in the early 80s I got the Star Frontiers role playing game for Christmas—was it 1983?—and I was already pretty deep into Ad&D, so the whole concept fascinated me to no end. The idea of D&D in outterspace was compelling on an imaginative level. But, alas, it never got much beyond that. I read through the manuals, and tripped out on the whole sapient races idea (something the US still can’t wrap its head around) and had a lot of fun with thinking about the amoeda-like Dralasites or the ape-link Yazirians or the insect-like Vrusks, but truth be told, I was really just taken by the cover art of the main manual. I would stare at that picture and imagine I was playing the game, and even pretend to others I was a fan, but I never played it. I just imagined I had, and for that reason alone it remains on of my favorites. For we all know that the imagining of a thing is far better than the thing itself.

And, what’s more, I was rather disappointed with the character skills sheet that was not nearly as cool as AD&D’s breakdown of all kinds of qualities and characteristics. Additionally, the whole game was only played with one 10-sided dice, which kinda limited my fascination with the whole dice element of D&D. 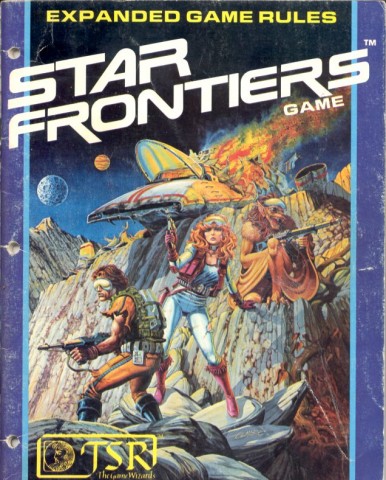 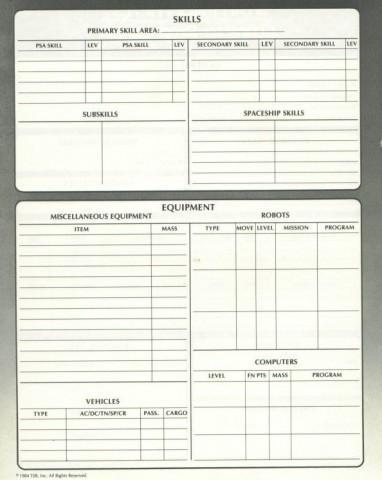 This entry was posted in 1102xmaS and tagged 1102xmaS, Star Frontiers, toys. Bookmark the permalink.